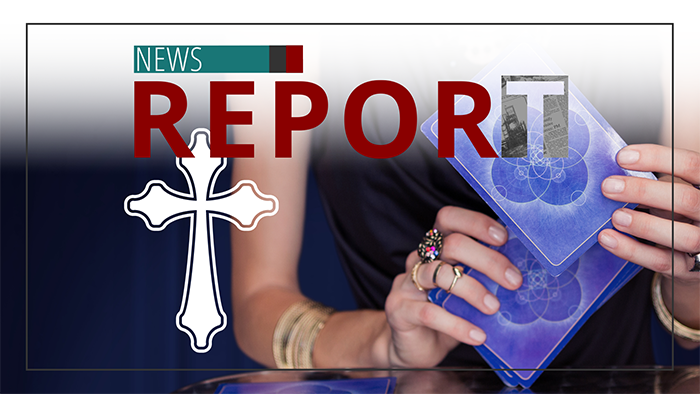 Mixing Christianity with paganism is nothing new. Caribbean nations are very familiar with the practice. But a new survey from the Springtide Research Institute reveals this kind of religious syncretism is now popular among teens and 20-somethings in the United States.

Dr. Diane Winston: "Many religions just don't feel relevant to a lot of these young people — they don't speak their language. And now there are other ways to make those connections."

Nearly three in four Americans ages 13 to 25 consider themselves religious, but 52% don't trust what they call "organized religion." One in three adolescents say they feel completely alone much of the time. Generation Z has been particularly formed amid the breakdown of the family and community.

The survey also found 51% use tarot cards or fortune-telling. And of that number, 17% say they indulge daily, 25% weekly.

Jordan Green: "My idea of spirituality is that everything is neutral; you are the higher power that you believe in."

Creating a god that fits one's comfort zone is the common sin of people of every age. One survey indicates only 6% of Americans now claim they have a biblical worldview.

Narrator: "I am the way, the truth and the life. No one comes to the Father but by me."

It's no surprise many young people are wandering dangerously into the demonic world of the occult, which the First Commandment of God expressly forbids.