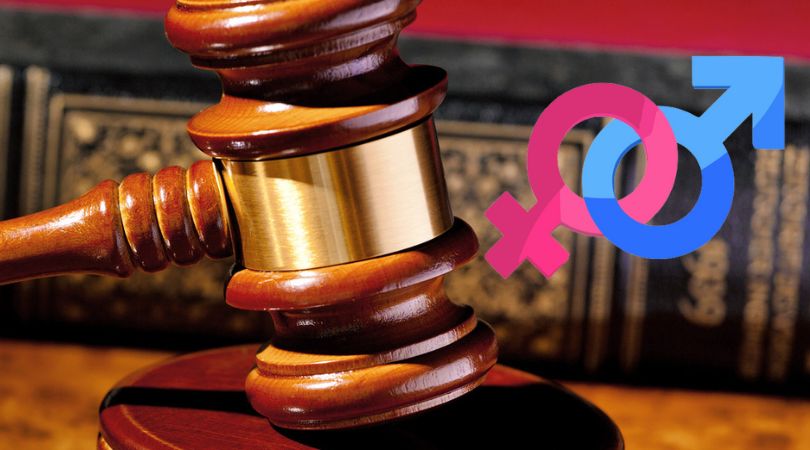 Scotland's first minister and far-left leader of the Scottish National Party, Nicola Sturgeon, tweeted in response, "This is a full-frontal attack on our democratically elected Scottish Parliament and it's ability to make it's own decisions on devolved matters."

This is a full-frontal attack on our democratically elected Scottish Parliament and it's ability to make it's own decisions on devolved matters. @scotgov will defend the legislation & stand up for Scotland's Parliament. If this Westminster veto succeeds, it will be first of many https://t.co/3WXrjyivvC

However, former U.K. Supreme Court Senior Justice Lord Sumption claimed Westminster was acting in full accord with the law, adding, "[T]he suggestion that the UK government's veto is an attack on Scottish democracy is absurd."

SNP Community Safety Minister Ash Regan resigned over the vote, refusing to vote with her party and warning against the legislation's "negative implications for the safety and dignity of women and girls."

All told, nine SNP MSPs followed Regan's lead and refused to vote with the party in support of the bill — it was the largest rebellion the SNP had seen in its 15-year existence.

Scotland's Catholic bishops also warned against the bill, predicting it "will inevitably reduce the opportunity for crucial healthcare, support, and protection for vulnerable individuals, including children. Children must be protected from making permanent legal declarations about their gender which may lead to irreversible elective interventions, including surgery."

The Gender Recognition and Reform Bill would have allowed self-identification without any official medical or psychiatric oversight. In other words, a man could legally identify as a woman without ever having seen a doctor, complained of gender dysphoria or been diagnosed with gender dysphoria.

The bill also would have allowed minors aged 16 and 17 to self-identify as the opposite sex and proceed with life-altering surgical measures, including genital mutilation.

Westminster to the Rescue?

Westminster's move to quash the bill is, obviously, a controversial one.

The British government's decision is reportedly based on a desire to maintain a standard rule of law where such things as "identity" and "equality" are concerned. Lord Sumption explains:

Trans people will be able to self-identify without satisfying the clinical tests that apply in the rest of the UK, and the minimum age will be reduced from 18 to 16. This is achieved by modifying the operation in Scotland of two Westminster statutes, the Gender Recognition Act 2004 and the Equality Act 2010, both of which apply throughout the UK. The changes will not apply in the rest of the UK, but that is [the] heart of the problem. If the bill becomes law, some UK citizens will have a different legal gender in different parts of the UK, depending on where they happen to be.

The former superior judge anticipates any legal challenges Sturgeon brings against the U.K.'s use of section 35 will be promptly and summarily dismissed.

Despite her far-left agenda, Sturgeon cautioned that Parliament's interference, if successful, "will be first of many."

The Gender Recognition and Reform Bill would have allowed self-identification without any official medical or psychiatric oversight.

What Scotland's first minister fails to note, though, is that this isn't quite the first time, and it certainly won't be the last.

Last year, the U.K.'s Secretary of State for Northern Ireland, Chris Heaton-Harris, overstepped both Northern Ireland's parliament and its health department to rapidly expand abortion access across the six counties, despite elected officials choosing not to.

Both Scotland and Northern Ireland function based on devolved governments, meaning whatever powers Westminster doesn't reserve to itself, Holyrood and Stormont (the centers for parliament in Scotland and Northern Ireland, respectively) may legislate upon. In the case of Scotland's Gender Bill, Westminster reserves to itself the power to legislate on issues pertaining to how one identifies, giving it both legal and moral authority in this particular move.

But even a broken clock is right twice a day, and with the ruling Conservative Party growing more and more morally corrupt by the day, Westminster bolstering its autonomy isn't necessarily a beacon of hope for the future of the United Kingdom.