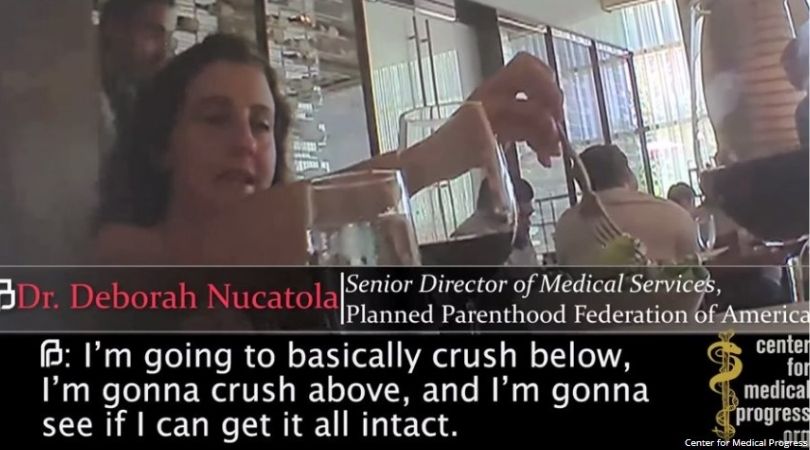 'Now how about all those babies?'

We've been saying it for years. Pro-choicers have been lying. Planned Parenthood was founded by a passionate white racist. Pro-lifers of every race have been citing the very words of Margaret Sanger, printed in black and white, that called poor children "human weeds" — that spoke of the need for "more [children] from the fit, fewer [children] from the unfit." We've been making films like Maafa 21: Black Genocide that compile the dozens of quotes, over many decades, proving Sanger's agenda.

But leftists brazened it out. They claimed that those quotes were hoaxes, or taken out of context. (In what context would calling babies "human weeds" be acceptable, by the way?) They ignored Sanger's alliance with the Ku Klux Klan to push birth control on the poor in 30 states via forced sterilization, or her friendship and collaboration with Nazi eugenicists such as Eugen Fischer, who ran a concentration camp killing Africans before World War I, but spoke and wrote for Sanger.

Pro-lifers have produced films like this exposing the racist, eugenic history of Planned Parenthood

Politicians such as Hillary Clinton accepted the Margaret Sanger Award from Planned Parenthood. They also pretended that it's an accident that more than 60% of Planned Parenthood clinics are in or near minority neighborhoods.

Now the truth has worn them down —not the truth about unborn human life, or the disposability of children when they get in the way of "sexual freedom," but at least the truth about Sanger. So Planned Parenthood strategically decided to throw its own founder under the bus. As the Daily Caller News Foundation reports:

In the Saturday New York Times op-ed, McGill Johnson touched on Sanger's support for eugenics as well as the speech Sanger gave to the women's auxiliary of the Ku Klux Klan. The Planned Parenthood president did not make mention of Sanger's "Negro Project," an initiative aimed at giving black women access to birth control.

McGill Johnson wrote that "up until now, Planned Parenthood has failed to own the impact of our founder's actions," but noted that whether Sanger was a racist is "not a simple yes or no question."

"We don't know what was in Sanger's heart, and we don't need to in order to condemn her harmful choices," the Planned Parenthood president said.

It's hard to know whether Johnson's revulsion at Sanger's racist beliefs is sincere.