Cardinal Pell: ‘I Suspected I Was Framed’ 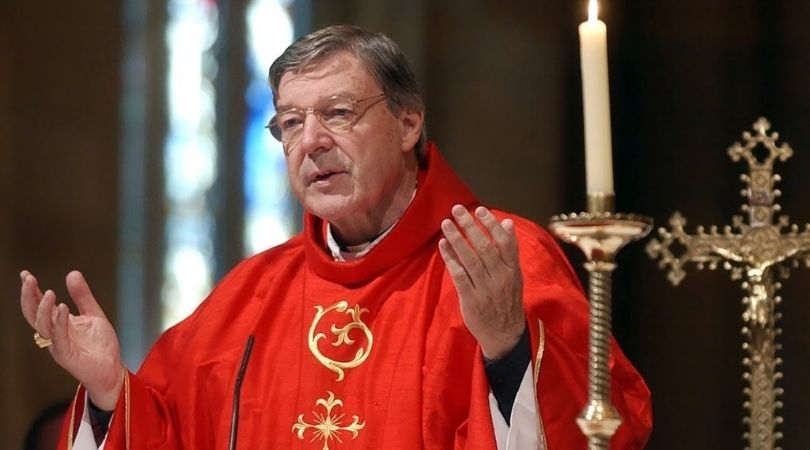 ROME (ChurchMilitant.com) - In a candid interview with Italy's public broadcaster, Cdl. George Pell has spoken of how he strongly suspected he was framed by senior Vatican officials for trying to bring transparency to the Holy See's finances.

Speaking Monday to RAI 1 on its current affairs program Sette Storei, the Australian cardinal, who was jailed on false charges of abusing two altar boys and later acquitted, was asked if he suspected a link between his financial reforms and "what happened."

"Of course, I suspected it," Pell replied, noting he had "some evidence but no proof" of the conspiracy against him.

"It is much worse if someone inside the Church is trying to destroy you," he lamented. "My family often told me that it would have been different if the mafia had hunted me, if others, maybe the Masons, had hunted me."

"All the major figures who have worked together on financial reform, each of us — with very few exceptions I believe — has been attacked by the media in terms of reputation in one way or another," he asserted.

The 80-year-old cardinal, who was the Vatican's first prefect of the Secretariat for the Economy — created in 2014 to ensure financial transparency — said he hoped "there is never enough evidence to prove that Vatican money was used not necessarily to bribe directly, but not to poison the public atmosphere against me either."

"I hope there is no evidence to establish this, for the good of the Church," Pell remarked. "We have no evidence yet, but certainly a lot of smoke. We have criminals who have been heard to say: 'Pell is out of the game. Now we have a highway in front of us.' Of course, all this is still smoke, you cannot yet consider evidence, but it remains a possibility."

It is much worse if someone inside the Church is trying to destroy you.

Italian banker and convicted felon Michele Sindona was a member of the Propaganda Due, a Masonic lodge under the Grand Orient of Italy, who was killed in 1986 in prison by coffee poisoned with cyanide.

Pell also pointed to his colleague, Sydney diocese's former business manager Danny Casey, who worked with him in Rome, and "happened to find his car burned down in front of his house."

"Of course, that was a coincidence because we all know that cars suddenly catch fire all by themselves. Everyone believes there is a connection [between the financial reforms] and what happened in Australia. Everyone I work with has no doubt either," he said ironically.

Asked about his conviction and acquittal, Pell said although he'd been vindicated by the Supreme Court, "legal processes are not infallible."

The economic situation of the Vatican right now is serious.

"Only the pope is infallible, and [only] on a limited number of occasions. Public opinion was very poisoned and hostile towards the Church over the issue of pedophilia crimes and the inadequate way in which they had been dealt with on some occasions," he stressed.

"The gigantic mistake was made by the two judges of the majority of the court of appeal," Pell said, and "it was a bad blow to the reputation of these two judges. And that for me was the hardest part against me. I could understand that public opinion was against me, but I could not understand why two expert judges could reach those conclusions."

Pell expressed his gratitude for the vast majority of Catholics who did not believe he was guilty: "Only a few practicing Catholics were hostile and believed that I was guilty."

He also reiterated "the Christian teaching that good things come from suffering," elaborating: "And I think this is an important difference between us Christians and people who have no faith. And then you can offer your suffering to God for some good purpose. And this was a consolation."

"The economic situation of the Vatican right now is serious," Pell disclosed. "We don't know exactly how many people go to Hell, but we do know if we are losing money. Structural debts existed even before COVID. It is a difficult time, financially, for the Vatican."

Asked about his 2015 comments regarding a sum of one billion, three-hundred million euros which were missing from the Vatican's balance sheets, Pell responded:

At the time, I believe that there were few, if any, people in the Vatican able to give an accurate picture of the Vatican's financial situation. There was money everywhere, hidden. The money wasn't stolen, it was just there, hidden, out of the books, for lean cow times, in case of need, to handle crises or the like. This wasn't bad news in itself, but it was indicative of the underdeveloped level of information we had.

The lack of transparency and the extent of disorganization "opened up the space for a few people to steal and corrupt," Pell observed, explaining that before his financial reforms the Vatican was like "an old noble family that was falling apart."

We have criminals who have been heard to say: 'Pell is out of the game. Now we have a highway in front of us.'

"They were extravagant, incompetent, and were the ideal playground for thieves. It's maybe a bit harsh, it's not the whole story, but it certainly describes a good part of the story," he quipped. "I think the new Finance Council, with seven women inside, is doing a good job."

The cardinal said he would be spending Christmas in Rome eating "typical Australian cuisine which in my case is Anglo-Irish, turkey ham, Christmas pudding, and we will go to Mass and sing hymns!"

"I missed this great party when I was in prison," he said. "I also knew that if things really went very badly in this life, I could successfully argue my case before the good Lord in the next life." 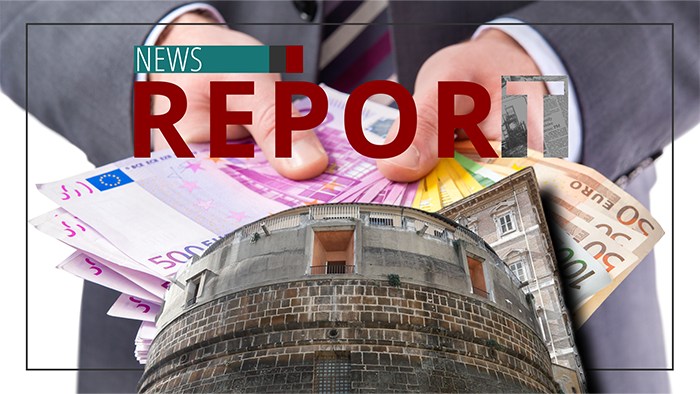