Says it ignores fundamental differences between Catholics and Protestants

DETROIT (ChurchMilitant.com) - A German prelate is condemning the idea of Protestants and Catholics receiving Communion from each other.

Cardinal Rainer Maria Woelki of the archdiocese of Cologne wrote in the October volume of Herder Korrespondenz that the notion is unfounded. He cited Catholics' and Protestants' vastly different beliefs about a whole slew of subjects — especially the Eucharist. Although Cdl. Woelki's piece includes some dubious language about how the Catholic Church compares to Protestant sects, he does emphasize some of the fundamental differences between Protestants and Catholics.

Whoever receives the Eucharist publicly identifies with the Christian profession of the community in which he or she receives the sacrament.

The Catholic Church and Eastern Orthodox Churches only allow Holy Communion for baptized members who are in a state of grace and adhere to the Deposit of Faith. Thus, Protestants cannot receive Holy Communion at a Catholic Mass. The cardinal explains that this practice, commonly known as "closed Communion," is deeply rooted in sound theology: "whoever receives the Eucharist publicly identifies with the Christian profession of the community in which he or she receives the sacrament."

The cardinal's comment also explains why Catholics are not supposed to receive Communion at any Protestant services, for a Catholic to receive Protestant communion would suggest a theological unity which in fact does not exist.

Catholics believe that Jesus Christ becomes truly and fully present in the Eucharist beneath the mere appearances of bread and wine. Through the workings of the Holy Ghost, the bread and wine are literally transformed into Christ Himself, Who offers Himself to the Father for our salvation. The entirety of Christ — Body, Blood, Soul and Divinity — is present in the Blessed Sacrament of the altar.

Protestants do not share this belief with Catholics. A handful of more "traditional" denominations like Lutheranism and High Church Anglicanism believe in versions of the Real Presence, but most denominations think the Eucharist is merely a symbol.

Since they think the Eucharist is only a metaphor, some Protestants only have communion in their Sunday services a couple times a year. Some Protestant communities use grape juice instead of wine. Many Protestants advocate "open communion," inviting anyone in the pews to receive.

Some voices in the Catholic media are casting Cdl. Woelki's statement as a response to recent rumors that a Vatican committee is working on an "ecumenical Mass." While the cardinal said nothing specifically about these rumors, he definitely sided against the idea of Protestants and Catholics receiving Communion together.

The "ecumenical Mass" story appeared in a report from Gloria.tv, a website with schismatic ties. Various Catholic blogs have discussed the rumors, blasting the false ecumenism allegedly at work.

Andrea Grillo, a Vatican liturgist known for being staunchly anti-traditional, firmly denied affiliation with any "ecumenical Mass" committee. Grillo said to U.K.-based The Catholic Herald, "Regarding the 'rumors,' I wish to insist that I am not part of any Vatican commission. I teach, study and publish: these are my only activities." 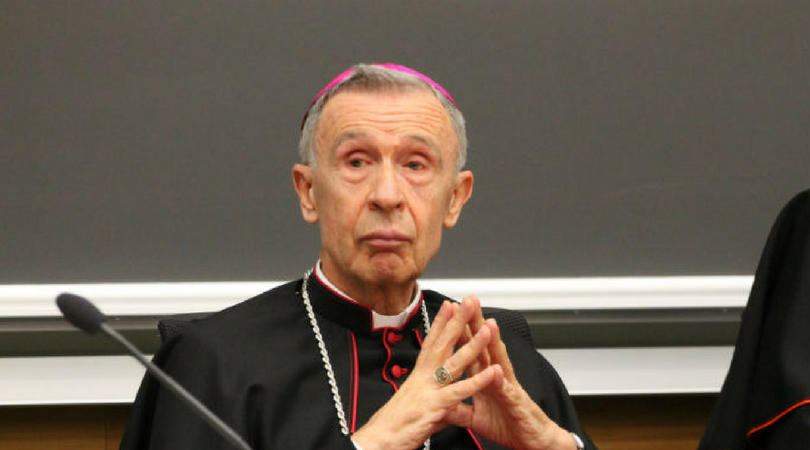