Cardinal Müller: Jesus Has Been Chased Out of the Synod 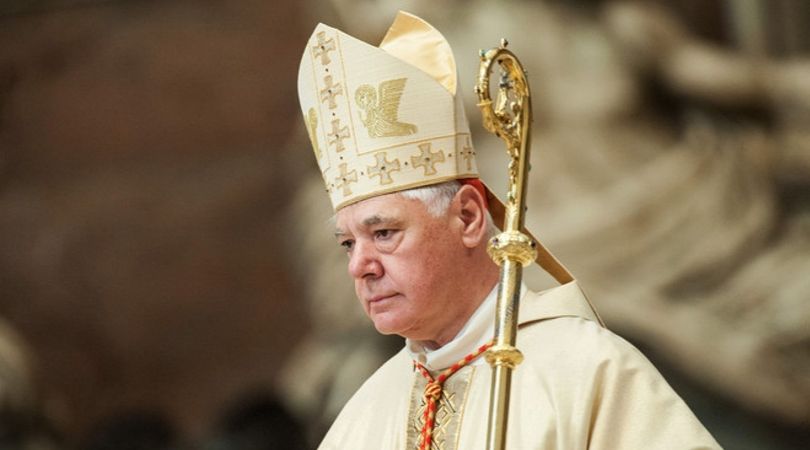 ROME (ChurchMilitant.com) - A German cardinal is speaking out and warning the faithful about the misdirections of the Amazon Synod that threaten nothing less than a radical reformation of the universal Church.

Cardinal Gerhard Müller accused synod leaders of almost wanting "to refound the Catholic Church" and reducing Jesus to an out-of-touch "man" in an interview published in Il Foglio, an Italian daily newspaper, on Oct. 7.

The cardinal slammed elitist German synod leaders, saying, "They think that Christ is just a man who lived two thousand years ago, they maintain that he was not a modern man, they are convinced that he had none of their education. They therefore think ... that it is up to them to act."

Christ is not an historical figure like Caesar. Jesus Christ is risen and present, he celebrates the Mass through his representative, the ordained priest.

Cardinal Müller pointed to a rhetorical question German Cdl. Reinhard Marx posed in a homily: "If Christ were here today, would he say what he said two thousand years ago?"

Müller countered, "Christ is not an historical figure like Caesar. Jesus Christ is risen and present, he celebrates the Mass through his representative, the ordained priest," continuing:

He is the subject of the Church, and his Word remains and stands true forever. Christ is the fullness of revelation, because of which there will be no other revelation. It is we who must seek to know it more and better, but we certainly cannot change it. Christ is unsurpassable and irreversible, and today this does not seem to be very clear at certain latitudes.

To underscore his point, he said, "The Church's first mission is to preach Christ the son of God. Jesus did not tell Peter to concern himself with the government of the Roman empire, he does not enter into dialogue with Caesar."

Cardinal Müller also took issue with general synod leaders' pushing political ideologies, whether "gender" or "environmentalist neopaganism" and neglecting the Gospel of Jesus, saying, "The Church belongs to Jesus Christ and must preach the Gospel and give hope for eternal life. It cannot make itself a protagonist of any ideology, whether that of 'gender' or environmentalist neopaganism. It is dangerous if this happens."

The pagan language of the synod's working document Instrumentum Laboris, specifically where it refers to "Mother Earth," received the cardinal's criticism:

[T]his is a pagan expression. The earth comes from God and our mother in faith is the Church. We are justified through faith, hope, and love, not through environmental activism. Of course, taking care of creation is important, after all we live in a garden willed by God. But this is not the decisive point. What is is the fact that for us God is more important. Jesus gave his life for the salvation of men, not of the planet.

Pope Benedict XVI's 2007 warning to a conference of Latin American and Carribean bishops about the dangers of moving toward paganism near the shrine of Our Lady of Aparecida bears current relevance:

The Utopia of going back to breathe life into the pre-Columbian religions, separating them from Christ and from the universal Church, would not be a step forward: indeed, it would be a step back. In reality, it would be a retreat towards a stage in history anchored in the past.

Cardinal Müller served as the prefect of the Congregation for the Doctrine of the Faith, having been appointed by Pope Benedict XVI in 2012. Pope Francis removed him in 2017.

The German prelate released a "Manifesto of Faith" in February which explains points of doctrine that Catholics hold to: the one and triune God revealed in Jesus Christ, the Church, sacramental order, moral law, eternal life and call.

In the last section, Müller recalled words of St. Paul to his successor Timothy:

I charge thee, before God and Jesus Christ, Who shall judge the living and the dead, by His coming, and His kingdom: Preach the word: be instant in season, out of season: reprove, entreat, rebuke in all patience and doctrine.

For there shall be a time, when they will not endure sound doctrine; but, according to their own desires, they will heap to themselves teachers, having itching ears: And will indeed turn away their hearing from the truth, but will be turned unto fables.

But be thou vigilant, labour in all things, do the work of an evangelist, fulfil thy ministry. Be sober (2 Timothy 4:1–5).

Müller's "Manifesto of Faith" was made into a film by Richard and Stephen Payne of Acadia Films. Like the textual manifesto, the film attests to "the unchangeable deposit of faith and tradition that has anchored the church and its faithful throughout history."

The Amazon Synod is scheduled to end on Oct. 27. The German "Synodal Assembly," described as a "synodal journey," is supposed to begin on the first Sunday of Advent and may play out for well over a year.

Everything may be on the German synod's table for discussion, questions of sexuality and the sex abuse crisis, the ordination of women and celibacy and — judging from the winds blowing from Rome — the divinity of Jesus Christ.