SCHWÄBISCH GMÜND, Germany (ChurchMilitant.com) - The Islamic State of Iraq and Syria (ISIS) is a "satanic terrorist group." Those were the words of Cdl. Kurt Koch of Germany on Tuesday at the International Ecumenical Congress held in his country near Stuttgart.

The Swiss cardinal told his audience it's wrong to believe violent persecutions of Christians are a thing of the past. Instead, he pointed out how there are plenty of martyrs for the Faith today, specifically because of ISIS.

"In about 25 countries Christians are under threat of life and limb," observed Cdl. Koch.

Hence, it is indeed a "strange phenomenon," he said, that such targeted persecution doesn't earn more attention from the press.

The cardinal's words echo those of Rome's current chief exorcist, the widely known Fr. Gabriele Amorth, a seasoned spiritual warrior for the Church who's performed more than 50,000 exorcisms. In no ambiguous terms, Fr. Amorth stated months ago that "ISIS is Satan."

In just the past week, ISIS has been responsible for executing hostages from China and Norway; shooting an Italian priest in Bangladesh; and massacring more than 120 people in Paris.

To learn everything you need to know about the Islamic State of Iraq and Syria, watch our Special Report: Cold as ISIS. 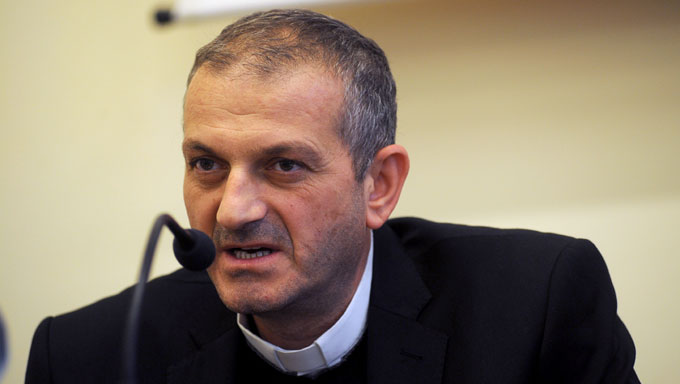