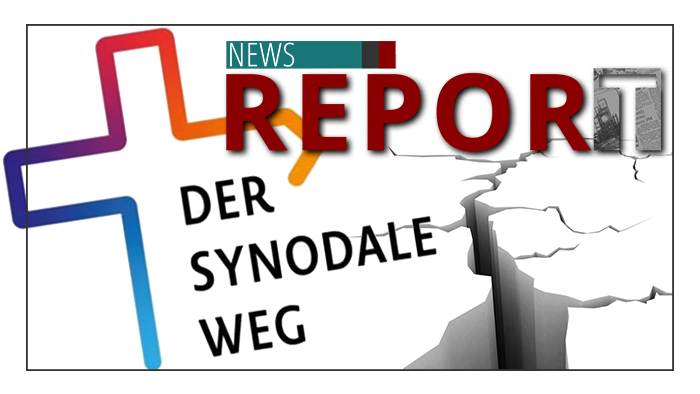 A group of German Catholics is sounding the alarm about the ongoing German synod, saying it's paving the way for schism. Church Militant's Joe Gallagher talks about the group's efforts to avert a massive disaster for the Church.

A Feb. 3 letter from the Christian Anthropology Working Group warns, "The next schism in Christendom is just around the corner, and it will come again from Germany."

The letter's referring to the ongoing Synodal Path headed by German bishops — a series of meetings begun in 2019 and slated to end in 2023. Participants are calling for the ordination of women to the priesthood and the blessing and acceptance of homosexual relationships, among other things.

The group's letter mentions how Pope Leo X miscolored Martin Luther's 16th-century rebellion as a "German problem." It adds that the Universal Church must "reaffirm the foundations of the One, Holy, Catholic and Apostolic Faith and present them anew to the faithful in Germany."

It's unknown, however, if that will happen especially since one of the Synodal Path's architects — Cdl. Reinhard Marx — is a close friend and trusted adviser to Pope Francis.

In June 2019, the Holy Father offered his support to the Synodal Path, but warned about "reorganizing things."

The working group's manifesto warns the Synodal Path "falls short of the conditions for genuine reform" due to its "fixation on external structure." It calls the process illegitimate and says it does not "speak for all Catholics in Germany" or "make binding decisions."

The group asserts the laymen involved in the synodal committees share leftist ideology with the German bishops and will tell them exactly what they want to hear. The same criticism is being leveled against Pope Francis' upcoming Synod on Synodality.

In January, a representative of the working group personally handed a copy of the manifesto to Pope Francis after it was ignored by German bishops. They have not gotten a response.