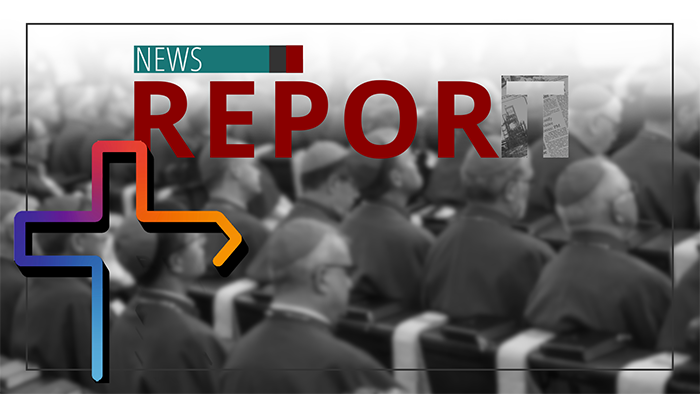 The so-called Synodal Way in Germany is pushing full steam ahead. The next phase will begin at the end of the month, with votes on draft texts on four main topics — including the priesthood and the role of women in the Church. Church Militant's William Mahoney looks at some of the proposals.

Thomas Sternberg, president of the Central Committee of German Catholics or "ZdK," explained in a recent interview draft texts will be discussed in a first reading and finalized for a second reading in six months. The four main documents, combined totaling almost 100 pages, are titled "Power and Separation of Powers in the Church," "Priestly Existence Today," "Women in Worship and Service in the Church" and "Living in Successful Relationships."

The 30-page document on relationships, subtitled "Living love in sexuality and partnership," contains the words "homosexual" and "homosexuality" a total of 36 times and has an entire section devoted to what it calls "the fruitfulness of homosexual relationships."

The 12-page document on priestly existence argues, since all believers have a share in Christ's priesthood, ordained priests become "essentially visible as a service in and to a synodal Church." Hamburg's archbishop, Stefan Heße, is a member of the forum responsible for the document on the role of women in the Church. He alleges the question of women priests is not settled, and he supports the ordination of women.

Heße made headlines in April when he tried to resign after being named in an 800-page report on clergy sex abuse and cover-up. The pope rejected the archbishop's request to step down, giving him a time-out instead.

In the recent interview, Sternberg said, "Remember that the abuse scandal was the trigger for the German bishops to ask the ZdK to embark on the Synodal Way together."

Apparently, the German bishops think the solution to clergy sex abuse and cover-up is to open church doors wide to the sexual revolution on steroids.

The Synodal Way has the full backing of the head of the German bishops' conference, Limburg's bishop Georg Bätzing, and is expected to come to a conclusion in February 2022.