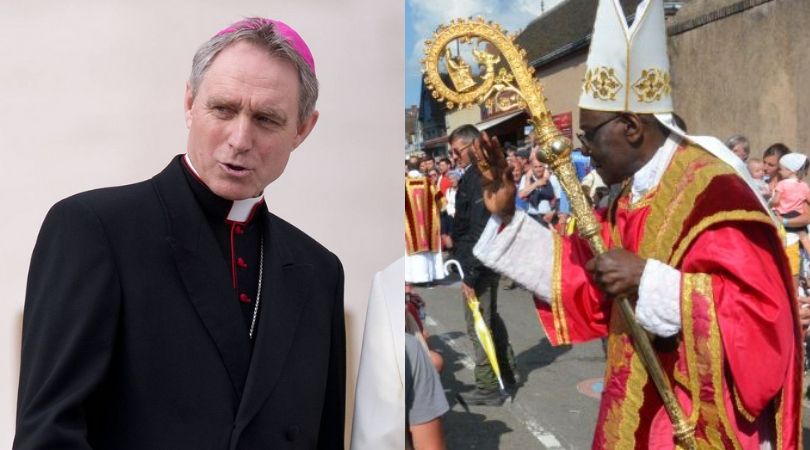 VATICAN CITY (ChurchMilitant.com) - A German prelate recently sent on a leave of absence from the Vatican is trying to have the last word in a dispute over Pope Emeritus Benedict XVI's co-authorship of a book on priestly celibacy.

In an interview with weekly German news magazine Der Spiegel on  Feb. 11, personal secretary to Pope Emeritus Benedict XVI Abp. Georg Gänswein has claimed again the former pope did not co-author with Cdl. Robert Sarah the book titled From the Depths of Our Hearts: Priesthood, Celibacy and the Crisis of the Catholic Church, published by Ignatius Press.

"The cover on which Benedict and Sarah are presented and shown together as authors was never seen by the Pope Emeritus, and there was never talk of a co-authorship," Gänswein said.

Contradicting Sarah, Gänswein implied Sarah and Benedict did not cooperate on the introduction and conclusion. He further alleged Benedict never had a contract with the original publisher, Fayard.

These defamations are of exceptional gravity.

In January, Sarah provided evidence of his correspondence with Benedict over co-authorship.

"The attacks seem to insinuate a lie on my part. These defamations are of exceptional gravity. This evening, I give the first proofs of my close collaboration with Benedict XVI to write this text in favor of celibacy. I will speak tomorrow if necessary," Cdl. Sarah said in a tweet.

Church Militant spoke to Michael Hichborn, President of Lepanto Institute, about this dispute.

"The back and forth between Cdl. Sarah and Abp. Gänswein makes about as much sense as two siblings arguing over what their elderly parent said to them in private conversations, while their parent is in the same room," he said. "The simplest solution to this current quarrel is for Pope Benedict himself to speak out and clarify the matter."

"And if Abp. Gänswein refuses to allow Pope Benedict to speak, then we have our answer to the situation," concluded Hichborn.

Gänswein was given a leave of absence as prefect of the papal household for unclear reasons and for an unknown amount of time.

Italian journalist Marco Tosatti said earlier this month his sources noted Gänswein was no longer seen at Pope Francis' side after the co-authorship dispute erupted.

These sources said the dismissal was straightforward:

Pope Bergoglio simply said to the archbishop: "I don't want to see you anymore." The prefect asked him: "But am I returning, and when?" The pontiff gave no reply to this question. When, however, Gänswein asked him, "But can I still come into the office?" the pontiff replied, "It's better that you don't, since Msgr. Sapienza is there." And this is how Georg Gänswein disappeared ... .

In early January, Ignatius Press said in a statement:

Given that, according to Benedict XVI's correspondence and Cdl. Sarah's statement, the two men collaborated on this book for several months, that none of the essays have appeared elsewhere, and that a joint work as defined by the Chicago Manual of Style is "a work prepared by two or more authors with the intention that their contribution be merged into inseparable or interdependent parts of a unitary whole," Ignatius Press considers this a co-authored publication.

The book is still being sold on the Ignatius Press website as originally published. 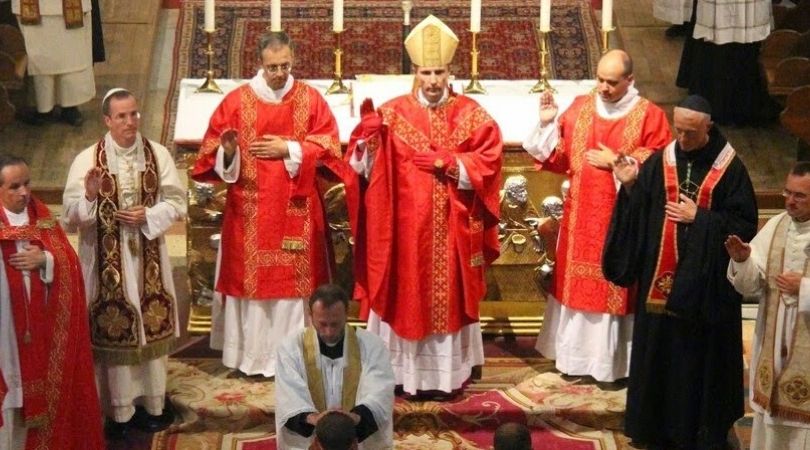