'Communio Veritatis': Rise of anti-Church reflected in Book of Revelation

PADERBORN, Germany (ChurchMilitant.com) - A group of faithful German priests is describing the crisis in the Church in apocalyptic terms.

On Oct. 13 — the 102nd anniversary of the final apparition of Our Lady of Fatima — Communio Veritatis, a collection of orthodox clerics in the archdiocese of Paderborn, issued a statement underscoring the seriousness of the current Church crisis, as well as the role the Blessed Mother will play in ending it.

Communio Veritatis draws from the Book of Revelation, seeing in St. John's vision the rise of communism and Freemasonry, and tying to these the machinations of the Sankt Gallen Mafia and the election of Cdl. Jorge Bergoglio to the papacy.

The statement begins with a quote from the Book of Revelation: "A great portent appeared in heaven: a woman clothed with the sun, with the moon under her feet, and on her head a crown of twelve stars" (Rev. 12:1).

The group then recalls the apparitions of Our Lady in Fatima, noting: "The great Miracle of the Sun on October 13, 1917 at the Cova da Iria has stressed the authenticity and historical dimension of the message which has spread from there to the Church and to all mankind."

The priests affirm, "According to the Will of God, the heavenly Mother Mary appeared on the horizon of our time as a sign of salvation, in order to offer her Immaculate Heart as a secure refuge and to promise eternal salvation to those who sincerely and truly consecrate themselves to it."

Pointing to Genesis 3:15, they note, "She is the chosen woman who gleams in a bright light in the proto-evangelium and who crushes the head of the hellish serpent," adding: "The Most Blessed Virgin and Mother of God appears in Fatima as an announcement of the sure victory and promises the great triumph of Her Immaculate Heart in the apocalyptic and decisive battle against Satan."

Returning to Revelation, they quote chapter 12, verse 3, which declares that "another portent appeared in heaven: a great red dragon, with seven heads and ten horns, and seven diadems on his heads."

"With the October Revolution, the adversary also appears in the same year, 1917, on the stage of world history," they observe. "The fiery red dragon represents the atheistic Communism, which aims at destroying faith in God."

"In this battle," the clerics note, "two animals come to the aid of the dragon."

And I saw a beast rising out of the sea, having ten horns and seven heads; and on its horns were ten diadems, and on its heads were blasphemous names. And the beast that I saw was like a leopard, its feet were like a bear's, and its mouth was like a lion's mouth. And the dragon gave it his power and his throne and great authority.

"This black animal is Freemasonry," explain the priests. "It hides itself in a shadowy way so that it can enter everywhere without being recognized."

"The aim of this black animal is that the people do not walk the path of Grace and of salvation as given by God," they add. "Freemasonry aims at blaspheming God and, in its fight against the Decalogue, opposes each Commandment with an anti-law, in order to bring people, with the help of their vices, to worship idols."

We shall always preserve in us the word of the Queen of the Holy Rosary: 'My Immaculate Heart will be your refuge and the way that will lead you to God!'

The second animal aiding the dragon is described in Revelation 13:11–12: "Then I saw another beast that rose out of the earth; it had two horns like a lamb and it spoke like a dragon. It exercises all the authority of the first beast on its behalf, and it makes the earth and its inhabitants worship the first beast."

"The animal which is similar to a lamb is the ecclesial Freemasonry which has entered the inside of the Church — especially its hierarchy," the clerics write. "Its goal is to overcome the Catholic Church from within. It wants — and also even attains it for a short time — to create an idol — a false christ and a false church."

Looking back to the year of Fatima, the priests recount bold indicators of Freemasonry's war against the Church:

In 1917, Saint Maximilian Kolbe witnessed the march of the Freemasons on St. Peter's Square in Rome, on the occasion of the 200th anniversary of the foundation [of Freemasonry]. The Apostle of the Immaculata read their express plan on one of their banners: "Satan has to reign in the Vatican, the Pope will be his slave!" Twenty years earlier, this very goal had also been approved by the Grand Lodge Grand Orient from Paris at the Congress of Freemasons in Basel: "We will penetrate into the heart of the papal court, from which no one can chase us away anymore, until we have broken the reign of the Pope."

They also note that in recent decades, various pontiffs have warned of the growing influence of the diabolical inside the Church:

On the occasion of the 60th anniversary of the apparitions in Fatima, Pope Paul VI obviously referred in a speech on October 13, 1977 to the Third Secret [of Fatima] that was known to him: "The tail of the devil is functioning in the disintegration of the Catholic world. The darkness of Satan has entered and spread throughout the Catholic Church even to its summit. Apostasy, the loss of the faith, is spreading throughout the world and into the highest levels within the Church."

The dimension of this battle becomes especially clear in a speech by Pope John Paul II, on November 2, 1980: "We are now living in a time in which one feels and experiences a radical confrontation spreading everywhere ... belief and unbelief, the Gospel versus the anti-Gospel, the Church and the anti-Church, God and Anti-God, if we may say so."

The clerics point to the leftist prelates of the Sankt Gallen Mafia as the embodiment of the metastasizing anti-Church and assert that the 2013 election of Cdl. Jorge Bergoglio as pope was the culmination of the leftist cabal's work to overthrow Catholic orthodoxy.

"Here, the goal and the agitations of the conspirators were pointed out publicly, which then finally led to March 13, 2013," they write. "Their agenda was explicitly related to the strong opposition against Pope Benedict XVI and to the implementation of their own favorite candidate, with the help of organized networks."

Against this backdrop, they write, Catholics must cling ever tighter to the truths of the Faith, and implore the intercession of Our Lady.

"[W]e look up, with the utmost trust, to our beloved Mother Mary, the Virgin of Fatima and Mediatrix of All Graces," they declare. "She is the conqueress in all the battles of God, the Queen of the Heavenly Hosts, and the 'Supplicant Omnipotence' before the Throne of the Most High."

"At an appointed time, she will bring about, after this apocalyptic and decisive battle, the epochal triumph of her Immaculate Heart," they declare, recalling Our Lady's promise at Fatima.

Concluding, the priests of Communio Veritatis pledge: "We shall always preserve in us the word of the Queen of the Holy Rosary: 'My Immaculate Heart will be your refuge and the way that will lead you to God!'" 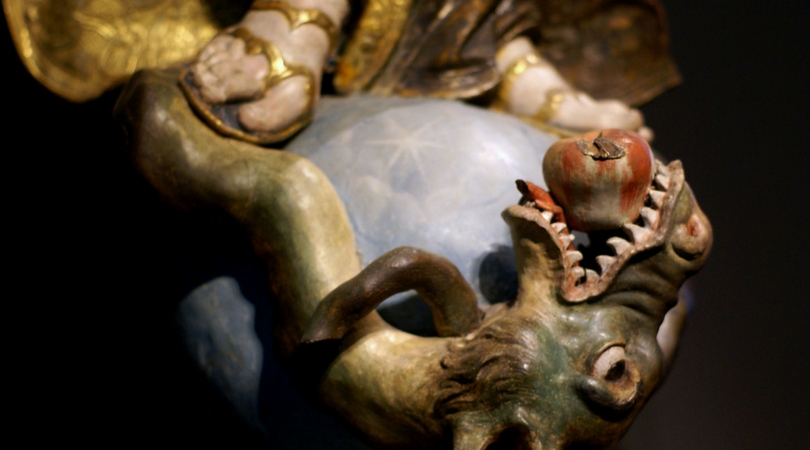 Our Lady of Fatima and the Battle With Freemasonry, Part 2
By Deacon Nick Donnelly   •   0