DETROIT (ChurchMilitant.com) - A fundraising campaign that raised $16,000 for a Chicago priest persecuted by Cdl. Blase Cupich was revoked by GoFundMe, which deemed it a "violation" of their terms and conditions. All money was sent back to donors. The priest, Fr. Paul John Kalchik, received nothing.

Outrage from Catholics, who considered GoFundMe's move an act of anti-Catholic bigotry, resulted in more than twice as much raised — $40,000 — in only 17 hours at a new campaign.

On Sept. 6, GoFundMe contacted Church Militant claiming that our "GoFundMe account has been removed due to a violation of our Terms & Conditions." It went on to say it would refund all donations within 3–7 business days. Access to the site was immediately removed.

Although most donations have been refunded, multiple donors have complained they have not received their refund. Church Militant has contacted GoFundMe requesting an explanation why all donations have not been returned. GoFundMe responded Tuesday explaining that it had up to seven business days to refund all donations.

Father Kalchik went into hiding on Sept. 21 after Cdl. Cupich sent two chancery priests to take him away for psychiatric treatment, even though Kalchik suffers from no mental health problems. The orders came after parishioners burned a blasphemous rainbow banner that once hung in the sanctuary when the late Fr. Daniel Montalbano — an active homosexual — was pastor.

After LGBT activists complained to Cupich over the banner burning, Cupich ordered Kalchik to be committed to St. Luke's Institue (a notorious treatment center for clergy, whose former CEO was convicted in 2014 of embezzling $200,000 dollars, which he spent on a gay lover).

This is not the first time GoFundMe has yanked campaigns after complaints from LGBT activists.

In 2015, the crowdfunding site shut down the donations page for Sweet Cakes by Melissa, an Oregon bakery fined $135,000 for refusing to bake a wedding cake for a same-sex couple. GoFundMe claimed the page violated the site's policy, which doesn't allow fundraising related to "formal charges of heinous crimes."

In the same year, GoFundMe quietly shut down the campaign for Baronelle Stutzman, an elderly Christian florist in Oregon fined for refusing to provide flowers for a gay wedding. Stutzman had raised $174,000 after operating for two months. The page was pulled after LGBT activists complained to the crowdfunding site, but GoFundMe offered no specific reasons for shutting down the campaign, simply stating that Stutzman "was in violation of GoFundMe terms."

The new platform hosting Kalchik's crowdfunding campaign, FundingMorality.com, was created specifically in reaction to GoFundMe as an alternative site to promote moral causes. 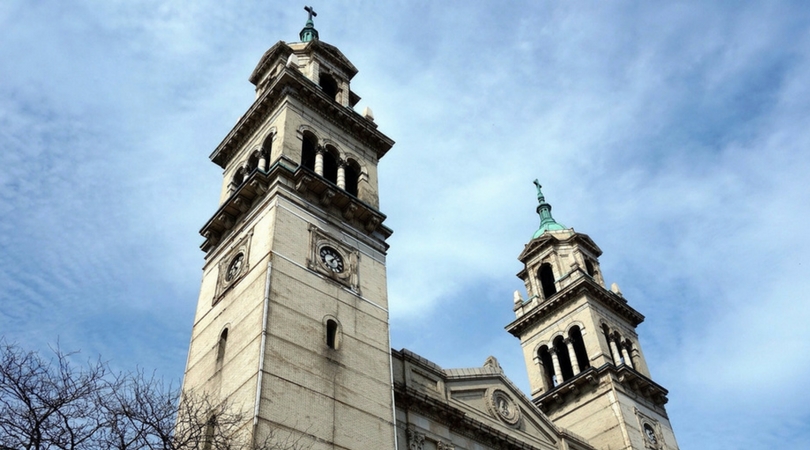