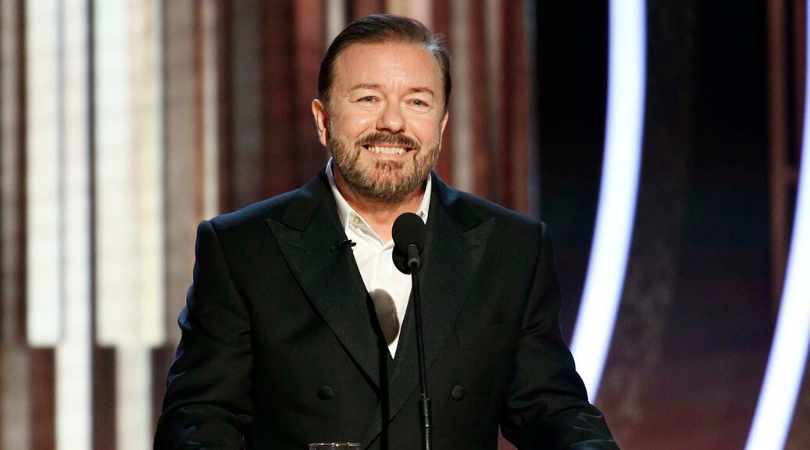 Ricky Gervais: 'You're in no position to lecture the public'

BEVERLY HILLS, Calif. (Church Militant.com) - A well-known and outspoken atheist is telling Hollywood it has no moral authority to preach politics.

During his fifth time hosting the 77th annual Golden Globes on Sunday, Ricky Gervais called out Hollywood elites for their hypocrisy and ineptitude in peddling their personal agendas to the public.

"So, if you do win an award tonight, don't use it as a platform to make a political speech," said Gervais. "You're in no position to lecture the public about anything."

Actress Michelle Williams didn't follow his advice, however, and used her limelight while receiving an award to advocate for abortion and pro-abortion candidates.

"I'm also grateful to have lived at a moment in our society where choice exists," said Williams.

Abortion played a key role in her success, she noted.

"I wouldn't have been able to do this without employing a woman's right to choose," Williams declared.

She then went on to urge all women to vote for a pro-abortion candidate.

Gervais also made it clear that actors and actresses aren't standing on high moral ground and insinuated they are ignorant perverts. Bringing up the former Hollywood mogul and convicted sex offender Jeffrey Epstein, Gervais said, "Shut up, I know he's your friend."

He then blasted tech giant Apple and similar corporations for preaching on "dignity" while "running sweatshops in China."

"Well, you say you're woke," he said, "but the companies you work for, I mean, unbelievable, Apple, Amazon, Disney — if ISIS started a streaming service you'd call your agent."

Award winner Russell Crowe stumped for climate change during his acceptance speech, given absentia via a letter read by host Jennifer Aniston. From Australia Crowe lamented that his country's fires were owing to man-made climate issues.

You know nothing about the real world.

"Make no mistake, the tragedy unfolding in Australia is climate change-based," the actor wrote in a statement read by Aniston, who appeared emotional while delivering the message. "We need to act based on science, move our global workforce to renewable energy and respect our planet for the unique and amazing place it is. That way, we all have a future. Thank you."

But such people, according to Gervais, are often under-educated and ill-informed when forming opinions on such matters. He compared their lack of schooling to that of the teenage pundit Greta Thunberg.

"You know nothing about the real world," said Gervais. "Most of you spend less time in school than Greta Thunberg."