A brief analysis of the leaked (and unofficial) encyclical on the environment, Laudato Sí

Tomorrow, the Vatican will officially release Pope Francis' encyclical on the environment, Laudato Sí. Earlier this week, an Italian version of the encyclical was leaked online. There is a lot in the encyclical that is based on highly contentious "science" regarding global warming, resources and regional development. Catholics should be reminded that the area of competence for a pope with regard to infallibility lies ONLY with those matters pertaining to the salvation of souls, namely faith and morals. Any discussions on the weather, contentious sciences, or concerns regarding economic resource allocation are entirely outside the purview of papal competence.

Those matters within the encyclical pertaining to good stewardship and the care for the poor are to be taken with good grace as a loving guidance from our Holy Father, but we are not bound by obedience on any suggestions or recommendations as to how to implement such advice. As such, this is the area (as well as all of the references to contentious scientific matters) where there appears to be some issue.

The word "sustain" (as itself or a part of the word "sustainable") appears in the leaked encyclical a total of 25 times and the word "development" appears 85 times. The phrase "sustainable development" appears eight times and the "United Nations" appears only once. Now, I am working from a very low-quality translation so this analysis will not be definitive, and I do hope to see some changes in the official version. But I've decided to release this analysis prior to the official version of the encyclical because I suspect that the encyclical is going to be used as a bludgeon by the United Nations and its allies at Catholic Relief Services, Caritas Internationalis and a host of other Catholic social justice and development organizations to get Catholics anywhere and everywhere on-board with the United Nations' Sustainable Development Goals. 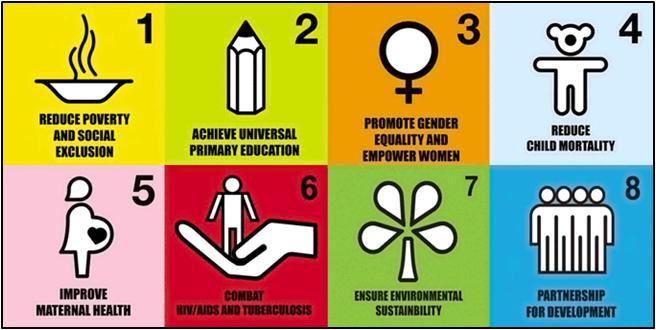 The leaked encyclical's use of the phrase "sustainable development" is troubling at best. Even if it isn't Pope Francis' intent to gather support for the Sustainable Development Goals, it's a solid bet that Catholic social justice agencies will use the Pope's words to ramp up support for the SDGs. And that's a problem. 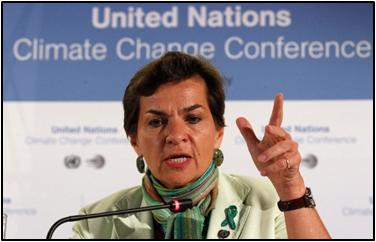 Back in January of 2014, Pope Francis announced his intention to publish an encyclical on "human ecology." In May of 2014, the United Nations' climate chief, Christina Figures, said that the UN will back a letter by the Pope on man's relationship with the environment. This is particularly troubling because it illustrates a tight connection between the United Nations and the encyclical in question.

Appreciation of these issues is growing within the UN, as evidenced for example in the May 2014 meeting between the UN leadership and representatives of the Vatican and His Holiness the Pope on the SDG agenda. This meeting was followed by an audience between the UN Secretary-General and His Holiness, who committed the Catholic Church to support the SDG efforts.

This is not an inconsequential statement. The entire section in context is as follows. Pay particular attention to the portions that have been bolded and underlined: 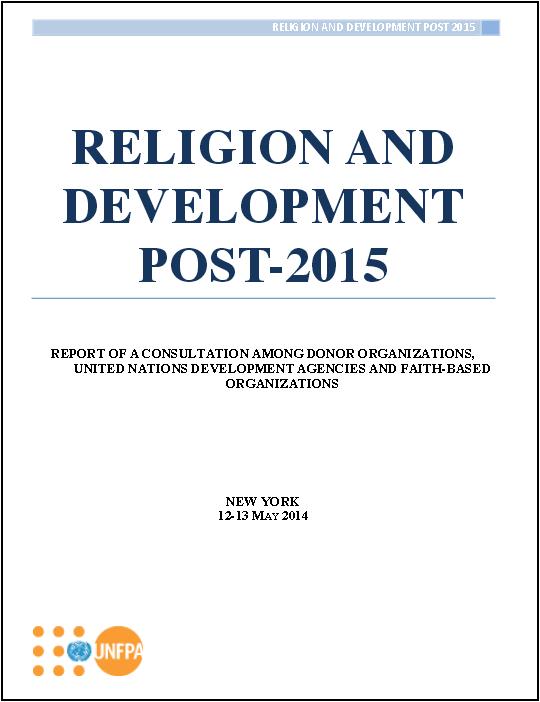 "To truly listen is to risk being changed forever." - Northrup Frye

The concept of Sustainable Development Goals (SDGs) was born at the United Nations Conference on Sustainable Development, Rio+20, in 2012. The objective was to produce a set of universally applicable goals that balances the three dimensions of sustainable development: the environmental, social and economic. At this particular moment, the post-2015 and SDG processes are moving towards their conclusion, with issues important and relevant for all development actors. Our consultation in May 2014 was particularly timely, as each of the post-2015 agenda items critically intersect with religious traditions, with values, and with what humanity as a whole has been grappling with for millennia. The MDGs were a social agenda, but this is being greatly expanded into a radically different universal agenda that is not just about 'poor people,' and is not just decided on in capitals. In fact, all are expected to take action, everywhere.

The Rio+20 conference emphasized that governments themselves want to be in the driver's seat, instead of the development agenda being fashioned at the level of technocrats. This heightens the importance of an intergovernmental process complemented by an active series of dialogues and engagements with civil society organizations. A global conversation is evolving, involving 2.4 million people so far, through the "World We Want" initiative (www.worldwewant2015.org). The conversations underline, clearly and unequivocally, that people around the world know precisely what kind of world they want to live in.

The post-2015 engagements to date, particularly with the results of the global conversations, simultaneously validate and yet are very different from the Millennium Development Goals. The top issues identified correspond to MDG articulations, with education appearing as the number one need, followed by access to education and quality health care for all. But in addition, there is a significant percentage of those who identified "honest and responsive government" at a par with those who noted "access to decent jobs"; both areas were absent from the MDGs. These priorities were closely followed by food security, gender quality and freedom from fear and violence; also not included in the MDGs. It is important to note that while many identified needs are missing from the MDGs themselves, they nevertheless resonate strongly with the Millennium Declaration.

All of these needs are precisely what religions and other faith traditions grapple with. Faith is arguably the terrain where justice, peace and the struggle against inequality interface. This meeting is therefore an opportunity to consider how religious actors may be shaping or impacting upon the emerging agendas of the sustainable development goals (SDGs). Appreciation of these issues is growing within the UN, as evidenced for example in the May 2014 meeting between the UN leadership and representatives of the Vatican and His Holiness the Pope on the SDG agenda. This meeting was followed by an audience between the UN Secretary-General and His Holiness, who committed the Catholic Church to support the SDG efforts. This entire meeting was remarkable.

169. With regard to care for biological diversity and desertification, progress has been much less significant. With regard to climate change, progress is woefully sketchy. The reduction of greenhouse gases requires honesty, courage and responsibility, especially by the most powerful countries and the most polluting. The United Nations Conference on Sustainable Development, known as Rio + 20 (Rio de Janeiro 2012), issued wide as ineffective Final Declaration. International negotiations may not advance significantly because of the positions of the countries that favor their national interests than the global common good. How many will suffer the consequences that we try to cover up, remember this lack of awareness and responsibility. As he was elaborating this encyclical, the debate has taken on a special intensity. We believe we can only pray to God for the positive developments of the current discussions, so that future generations do not suffer the consequences of imprudent delay. 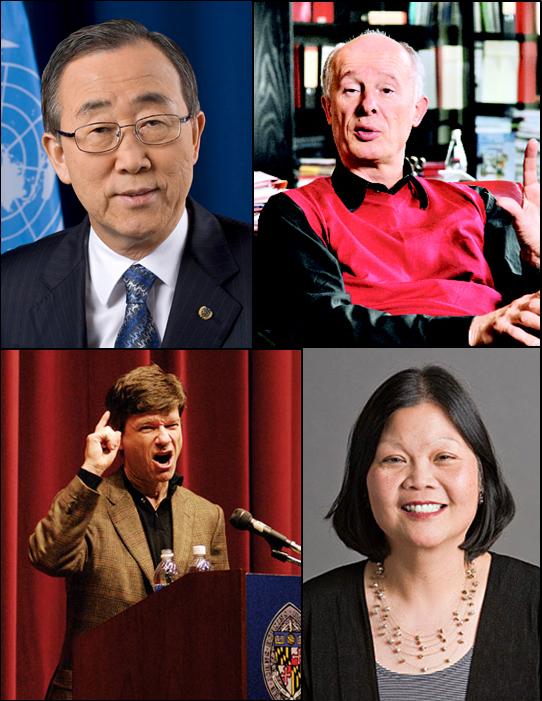 Again, this is a very low-quality translation, but the positive impression of the Sustainable Development Goals is evident, and what we are reading is quite possibly a clear endorsement of the Sustainable Development Goals themselves. It certainly is no accident that Ban Ki-Moon, the Secretary General of the United Nations, and his architect of the Millennium Development Goals Jeffrey Sachs (also a major proponent of population control), met with Pope Francis regarding the environment prior to the release of this encyclical, an encyclical whose leaked version contains supportive reference to the United Nations. It's also not coincidental that Carolyn Woo, the president and CEO of Catholic Relief Services, will be speaking at and be present for the official release of the encyclical as well. Also speaking at the release of the encyclical is the anti-Catholic, population-control promoting atheist Hans Joachim Schellnhuber, who is said to have helped draft the encyclical itself.

Let's hope and pray that the official version being released this Thursday does not have the references to the United Nations' agenda that the leaked version has. And let us fast and pray for the Holy Father. Whether he knows it or not, the United Nations is going to do its best to use our Pope and his encyclical against the faithful.