SACRAMENTO, Calif. (ChurchMilitant.com) - The grandfather of a persecuted priest explains why he pickets the bishop's office every day asking him to resign.

David Leatherby Sr. has been going to the diocese of Sacramento's pastoral center five days a week for months with a sign asking for Bp. Jaime Soto to resign. Church Militant spoke with David Sr. to find out why he's been an outspoken critic of Bp. Soto.

David Sr. is the grandfather of a priest, Fr. Jeremy Leatherby, who has been on a leave of absence for two and a half years while the diocese of Sacramento investigates a claim that he had an inappropriate relationship with an adult woman. (An updated report on Fr. Leatherby, who has admitted sexual misconduct, is published here.)

David Sr. and others in the diocese claim the accusation is in retaliation for reporting homosexual activity by two priests of the diocese by Fr. Jeremy's dad, Deacon David Leatherby Jr.

Deacon David Jr. was approached by a housekeeper who needed help reporting what she saw when she accidentally walked in on two priests in bed in the pastor's bedroom. David Sr. told investigative reporter Katy Grimes after his son reported what the woman told him. Instead of acknowledging the complaint, the vicar of the diocese "exploded."

Within weeks of reporting the homosexual priests, Deacon David Jr. was removed from his ministry and Fr. Jeremy was facing an allegation of ministerial boundary violations. The pastor who was reported is still in his parish.

David Sr. said he is asking for Bp. Soto to resign because he feels he is a weak leader and his management of the diocese is damaging it. He said Bp. Soto's "lack of love for [his] priests and deacons" and his treatment of seminarians has ruined the morale of the clergy and it shows in the lack of vibrancy of the Mass.

There hasn't been one local boy enter the seminary in many years, David Sr. noted. He spoke of one young man that was kicked out after seven years in the seminary for the sole reason that they didn't like him.

I'll never leave the Church and I know that it's the answer.

"They're scared to death," David Sr. said of the clergy. "The older guys really can hardly wait to retire to just get away from the bishop." David Sr. said he knew of priests that retire as soon as they turn 65 and others that have left the priesthood because of how they've been treated by Bp. Soto.

"I never imagined that you would be a mean-spirited, cold-hearted, evil man," David Sr. said. "I deeply believe you are not a true man of God."

Catholics in the diocese have responded to the scandals in the Church by halting donations — a move that has reportedly caused Bp. Soto to hire a public relations firm to counteract the negative press. A report in the Sacramento Bee showing Bp. Soto in a favorable light and excusing his past support of a pedophile priest — labeled a "puff piece" and "propaganda" — was suggested as a product of the public relations firm.

In August, Fr. Mark Richards, the vicar general of the diocese of Sacramento, sent a letter to all of the priests of the dioceses explaining Fr. Jeremy's case.

"To the frustration of us all, it took longer than we would have liked to assemble a panel of canonical experts independent of the diocese to address this case," Fr. Richards said. He claims this "independent panel" has been in place since January and "the process is proceeding."

In response to Fr. Richards' letter, Gerald Klaas started a petition questioning the honesty of that letter. It was signed by over 1,000 people and was sent to Bp. Soto on Sept. 21. A second petition was just launched asking Bp. Soto to reinstate Fr. Jeremy as pastor of his former parish. Both petitions call out the injustice and the misinformation given to his parish and call for Fr. Jeremy to be returned to active ministry.

Klaas also created Our Voice in the Diocese, a website for Catholics of the diocese of Sacramento and San Diego to learn about "news coverage of the ongoing scandals in the Catholic Church" and to give them a way to share anonymous information about possible criminal activity in the Church.

In a press release, Klaas explained there are several aspects of the problem with the Fr. Jeremy's suspension — the inadequate explanation to parishioners, the misinformation and the harm to the thriving parish and school that Fr. Jeremy helped to foster. Father Jeremy's supporters don't feel the explanations given to them are adequate, nor is the two-and-a-half-year suspension justified when there is no criminal activity involved.

Despite all of the problems in the diocese, David Sr. said, "I'm one of those people, I'll never leave the Church and I know that it's the answer. " 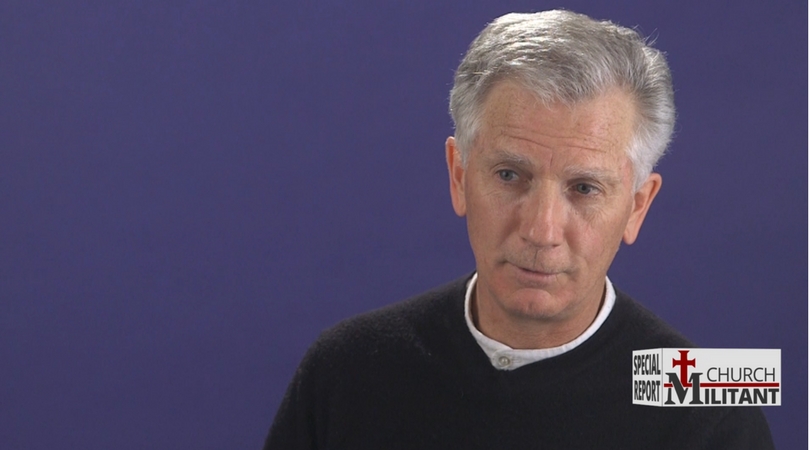