Groomed by a Predator Priest

As part of the #CatholicMeToo campaign, Church Militant has asked adult victims of clerical sexual harassment to write in and share their stories. This is one of the stories.

In the early 1980s, when I was 18–19 years old, I lived in the diocece of Saginaw, Michigan and was discerning a vocation to the priesthood. The vocations director (who had a foul mouth, using words like Godd**n and F- bombs, etc. in normal conversation with me) put me in contact with a Fr. James Bessert, whom you have featured in one of your recent stories regarding the diocese of Saginaw and the troubles they have had and are having there.

Father Jim had recently graduated from the seminary, less than a year prior to my being introduced to him. He took me under his wing and showered me with attention, making me feel special. I had come from a troubled background, growing up in a toxic home environment, so the attention from this priest flattered me and I was thrilled to be counted among his friends. We would meet about once a month, eating out, where he would offer me alcohol. He had no problem getting me drunk during our visits.

He had no problem getting me drunk during our visits.

He soon started making advances toward me — some subtle and some not so subtle — but owing to my immaturity and naïveté, I brushed them off and ignored what on hindsight were blatant red flags. I am not a homosexual nor ever have been one, but at the time I appreciated the attention he showed me and dismissed the warning signs.

After knowing him for about a year, he took me on a brief trip to his seminary in Baltimore, Maryland. To save costs, we slept in sleeping bags in the basement of, if I recall correctly, either the rectory or the seminary. We were horsing around and joking, and at one point, using the crude colloquialism of teens in that day, I made the offhand comment, "Oh, suck me" (equivalent to saying, "Nonsense" in response to something he said). I said it in jest, but he responded in all seriousness, "Ok" — meaning that he wanted to perform oral sex on me.

A light went off for me at that moment, the realization dawning on me that the affections he had been showing me in the preceding months were more than that of a friend, and rather of one who clearly intended sexual activity with me. I understood what he wanted, and I immediately shut down. I ended the conversation, and my desire to continue our friendship ended from that moment on.

He sensed my coldness and reciprocated. On the drive back to Michigan, he barely spoke to me.

A few weeks later, I followed up by going to Fr. Bessert's office to speak with him to let him know I was disturbed by his behavior. While waiting outside his office, I saw a teen (he looked roughly 15–16 years of age) also waiting to see Fr. Bessert. I saw the writing on the wall, and left.

Soon after, I reported the incident with Bessert to a priest in Frankenmuth, and trusted him to handle the matter appropriately. I never followed up on it — until 2002, when the sex abuse crisis in Boston exploded onto national media and caused a crisis in the American Church.

Within minutes, the phone rang. It was Bp. Kenneth Untener, then head of the diocese.

I called the diocese and told them I wanted to report on misconduct by a priest. Within minutes, the phone rang. It was Bp. Kenneth Untener, then head of the diocese. I told him about what happened with Bessert back in the early 1980s, and that I had reported it to a priest at the time. Untener claimed there was no record of my complaint in their files.

He then flatly asked me, "What do you want?"

I told him all I wanted was an apology.

Within about a week, I received a call from Fr. Bessert, who offered a non-apology. He said he had no memory of what he did, but "if I did anything to offend you, I apologize." As far as I know, nothing ever happened to him, and he remains in active ministry to this day.

The whole incident shook me to the core. I trusted him, and I trusted the Church. I afterwards lost interest in the priesthood, and left the Church for a while. I am now back in the Church, thanks be to God, but I can see the Church continues to have serious, serious problems for which the hierarchy will have to answer to God.

Church Militant asked Fr. Bessert and the Saginaw diocese to respond to David's claims, but received no response. Church Militant has written extensively on the scandals in Saginaw, including accusations that Bessert covered up gay sexual assault that took place in his rectory. You can read the complete archive of our reports at this link. 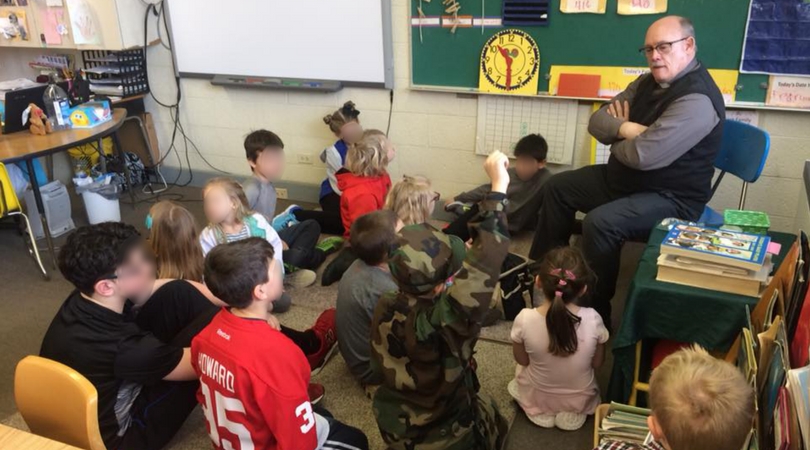 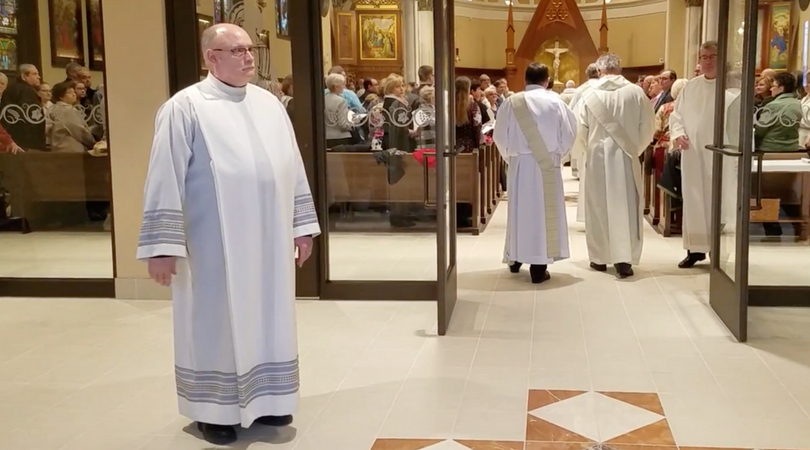