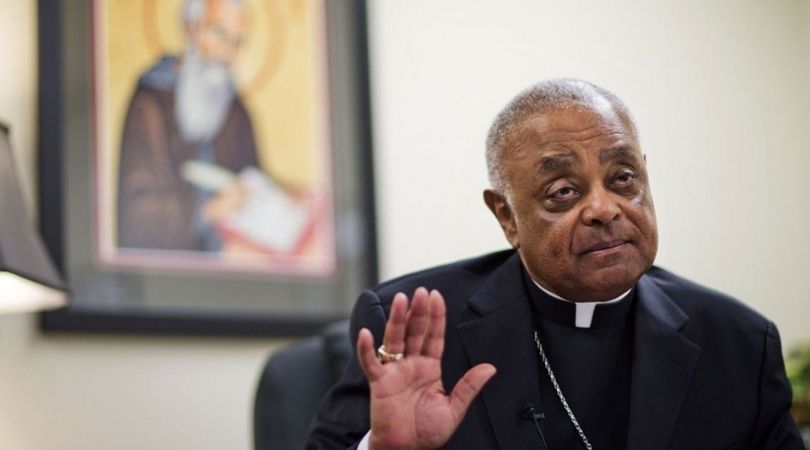 ST. LOUIS (ChurchMilitant.com) - A Catholic group is calling on the archbishop of Washington, D.C. to address the anti-Catholicism of the Democratic presidential ticket and their party's platform.

The Catholic Coalition Against Religious Tests for Office on Monday issued a public letter to Abp. Wilton Gregory, urging him to address the anti-Catholicism found in the Democratic Party and its leadership.

Signed by Catholic Coalition president Ed Martin, the letter spells out unambiguously what Catholics see as a dire problem: "Clearly, one of America's two major political parties is now targeting Catholics and their Church."

Martin highlighted the repeated harassment of Catholic appointees to public office by leading Senate Democrats, the 14 Democratic state attorneys general who are "maliciously persecuting" the Little Sisters of the Poor, and the radical abortion agenda of the Democratic Party platform and its leaders.

The letter makes reference to Gregory's vocal criticism of President Trump after the president and his wife visited the Saint John Paul II National Shrine earlier this summer. Gregory's defense of his own boisterous lambasting of Trump is that criticism against him is "reminiscent of the criticisms that people gave to Catholic priests and nuns they saw marching during the civil rights period."

The archbishop went on to say the Church and its pastors must be present in society "beyond the four walls" of the church building.

The Catholic Coalition is now appealing to Gregory to speak publicly and firmly on behalf of the Church.

In Monday's letter, Martin reminded Gregory of his own words that he and others have a duty to preach the gospel to both sides of the political aisle.

The most egregious examples of anti-Catholic bigotry in the Democratic Party comes from vice-presidential candidate, Sen. Kamala Harris.

Martin observed more specifically that the most egregious examples of anti-Catholic bigotry in the Democratic Party comes from vice-presidential candidate, Sen. Kamala Harris.

Enclosed with the letter to the archbishop are several news reports, one of which was on Harris grilling a judicial appointee for his Catholic beliefs. In December 2018, Harris suggested attorney Brian Buescher is unfit to serve as a federal judge because of his membership in the "extreme" Catholic men's organization, the Knights of Columbus.

"Were you aware that the Knights of Columbus opposed a woman's right to choose when you joined the organization?" Harris asked. "Have you ever, in any way, assisted with or contributed to advocacy against women's reproductive rights?"

"Were you aware that the Knights of Columbus opposed marriage equality when you joined the organization?" Harris asked further.

Martin and his Catholic Coalition are not the only prominent voices that have come out against the anti-Catholicism of the Democratic Party and its new presidential ticket.

In August, Catholic League President Bill Donahue warned of Harris' "Catholic problem." In a written essay, Donohue insisted Joe Biden's running mate will have a difficult time winning over Catholic voters due to her "positions on an array of moral issues."

History will record whether America's Catholic hierarchy was brave enough to speak out in defense of the Faith.

Former speaker of the House Newt Gingrich said last month that Sen. Kamala Harris is "the most openly anti-Catholic bigot to be on a national ticket in modern times."

The Catholic Coalition's letter concludes by maintaining that Abp. Gregory has a chance to make history by simply doing the right thing in these turbulent times: "History will record whether America's Catholic hierarchy was brave enough to speak out in defense of the Faith."

Church Militant reached out to Abp. Gregory's office for comment but received no response as of press time.