At least four statues desecrated in the last week

NORWOOD, Mass. (ChurchMilitant.com) - On Good Friday a statue of the Blessed Virgin Mary at a Massachusetts parish was vandalized with spray paint — and now the Catholic Action League (CAL) is calling for a hate crime investigation.

According to an email news release by the CAL, the statue of Mary, which stands just outside the parish school, was spray painted and marked with graffiti, and may be beyond repair. 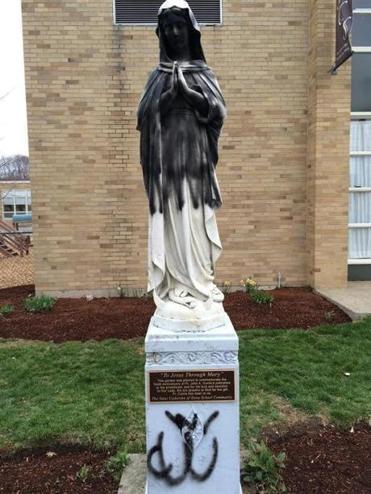 The CAL is calling on the Norwood Police to investigate the vandalism as a hate crime, calling the it "brazen and malicious."

Saint Catherine pastor Fr. Stephen Donohoe asked parishioners to "pray for the person or persons who did this." Father Donohoe says the parish is trying to have the statue restored.

Norwood police are asking for assistance in tracking down the culprits. 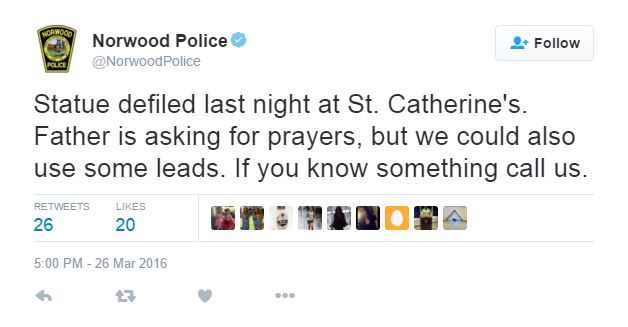 Since the Good Friday vandalism, more statues have been desecrated. Burlington Police are investigating St. Margaret parish just 28 miles north of St. Catherine, where three statues were smashed this week.

Reports say two the statues' heads were smashed, while a third statue of the Blessed Virgin had both its head and arms removed.

The targeting of specifically Catholic statues by vandals is becoming more common. Last December St. Colette Parish in Livonia, Michigan suffered a vandalism attack. The vandal(s) spray painted a statue of St. Colette red and the message "Rome Will Fall" on church doors.

"Considering what they wrote, it appears to be a fundamentalist or extremist Christian group," Fr. Gary Michaelik told ChurchMilitant.com at the time. Father Michaelik also speculated that the vandalism might be connected to the recent Las Vegas Mass disruptions by protestants shouting "Pope, Mary's statue and idols gonna' send you to Hell!"

On the same evening, not three miles south, at the Franciscan Felician Sisters' Motherhouse, the sidewalk was also painted with red messages that said "Pope is False Prophet," "No Idols," "Repent," "Jesus is Lord," "Jesus is coming," and an ambiguous message about "Mystery Babylon."

Catholic Action League Executive Director C.J. Doyle noted in his statement that New England in particular has been a target of multiple recent vandalism attacks, including bricks hurled through stained glass windows at St. Edith Stein Parish in Brockton and damaged nativity scenes in Norwood.

Doyle insists that police conduct a full investigation, saying Catholics have "a constitutional right to observe Holy Week and celebrate Easter without being the target of destructive depredations at the hands of lawless thugs." 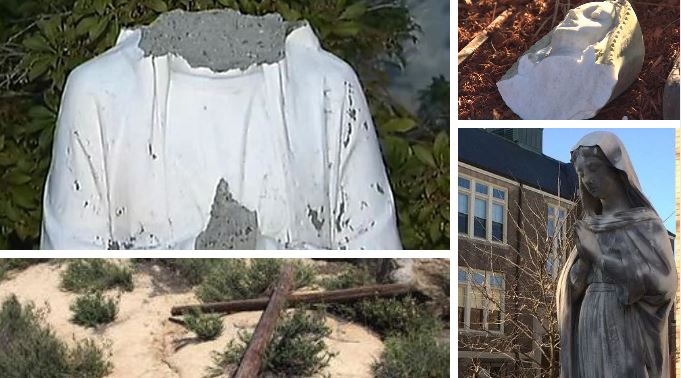 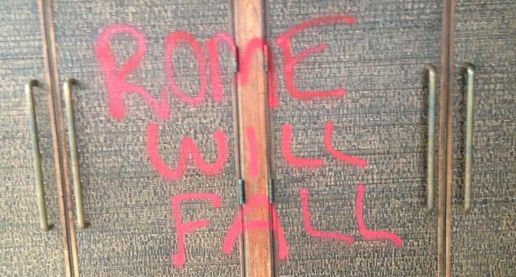