He Beat a Beating 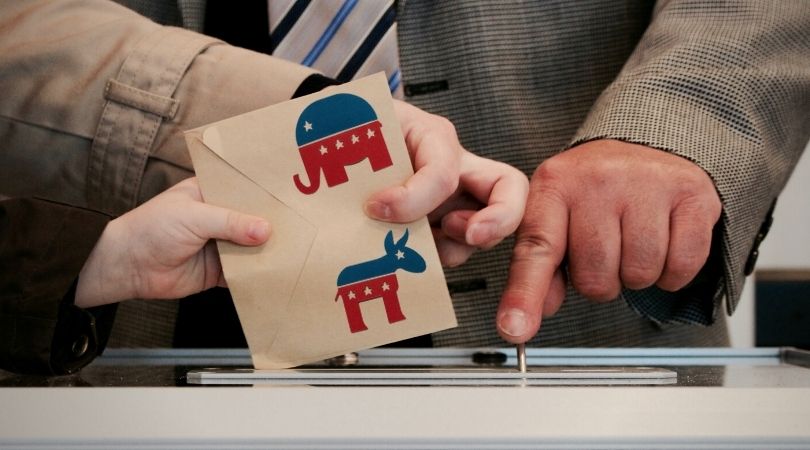 One day an English farmer saw a party of hunters riding across his farm. In one of the fields they were headed toward, the farmer had wheat just beginning to come up, so he was anxious about not having anyone ride across it and trample down the new green shoots. He sent his young farm hand out to the field gate with the instructions to neither open the gate for them nor allow the hunters to open it.

The boy had barely reached the gate when the hunters galloped up on their horses and ordered him to open it. The boy refused, saying, "My employer has ordered me not to permit anyone to pass through this gate, so I'll neither open it myself nor allow anyone else to do so."

Then a gentleman dismounted from his horse and walked up to the boy. He said, "Do you know me? I'm the Duke of Wellington, one who isn't accustomed to being disobeyed. Now I'm commanding you to open that gate and allow us to pass."

The boy took off his hat to the great old soldier who all of England honored and said, "I'm sure that the Duke of Wellington wouldn't wish me to disobey orders. I must keep this gate shut and won't allow anyone to pass without my employer's permission."

A truly brave man respects bravery wherever he finds it, and this old soldier was no exception. Lifting his own hat, he said, "I honor the man who can neither be frightened nor bribed into doing wrong. With an army of such soldiers, I could conquer the entire world."

A truly brave man respects bravery wherever he finds it.

Although the Duke of Wellington (1769–1852) was a great authority in England, the boy understood the legitimate authority over the land resided with his employer, and it was to him the boy owed obedience.

The Fourth Commandment, which directs us to honor father and mother, certainly obliges us to love, respect and obey our parents, but it also implies respect for and obedience to legitimate authority.

The Catechism of the Catholic Church in paragraph 2234 spells this out: "God's Fourth Commandment also enjoins us to honor all who for our good have received authority in society from God. It clarifies the duties of those who exercise authority as well as those who benefit from it."

This lawful authority includes teachers, employers, public officials and Church leaders. We must obey such authorities, as long as they are using their authority in keeping with God's laws and not violating the dignity of the human person.

This also extends to workers and employers, as we see in our story. Workers are to respect their employers and serve them faithfully according to their agreement. In other words, give an honest day's labor for an honest day's pay. And employers are to treat their workers with respect and fairness, bearing in mind the authority God gives them is limited.

By not voting for the pro-life candidate, he is responsible for the election of the pro-abortion candidate.

The obligations of the Fourth Commandment also extend to citizens and public officials. A citizen must love and be in the service of his country, which forms the virtue of patriotism. A citizen must also obey just laws, respect the legitimate authority, pay his just taxes, exercise his right to vote and defend his country. But regarding obedience to the law, we must never obey laws that are contrary to God's law. In fact, we are to work for the change of such laws.

Voting has become a confusing issue for many Catholics in recent years. But some of our bishops have been clear on a Catholic's responsibilities. If, after responsibly informing ourselves of the political issues of the day and the platform of each candidate, we then discover a candidate is an enemy of religion or of the common good, it becomes a sin to vote for that candidate. Thus, we could not morally vote for most if not all current Democrats or even many Republicans.

Such a vote equates to what's called voluntary participation in that candidate's evil agenda. In recent years, some of our bishops have risked their dioceses' tax-exempt status to tell us that voting for certain politicians and issues is mortally sinful, such as when voting for a candidate who pushes abortion. And make no mistake: any politician who votes in favor of abortion but claims to be personally against abortion, nevertheless, is pro-abortion for allowing or promoting pro-death legislation.

Paragraph 2237 of the Catechism teaches, "Political authorities are obliged to respect the fundamental rights of the human person … [and] dispense justice humanely." Such rights, it adds, are "meant to be exercised for the common good of the nation and the human community."

It seems like the issues become more complex every election cycle. Our country has declined into such a state that we have to worry about the economy and our own family's welfare more every day. Making it so much more complex is the need to balance those personal concerns with what is good for our country as well. We are worried about our border security, terrorism, abortion on demand, a judicially mandated redefinition of marriage and the overreaching grab for power from the government. How do we balance these things in our thinking and do the right thing when we step into the voting booth? The answer is simple: self-education.

Saint Cdl. John Henry Newman, arguably the greatest Catholic apologist of the 19th century, said the greatest tragedy in the Church is an ignorant laity. We must educate ourselves in the faith, educate ourselves in morality to acquire a rightly formed conscience and educate ourselves on the United States Constitution along with all the political issues facing our nation. By doing this and standing united as faithful Catholics, we can return this country to the God who gave it to us.

Sometimes we are faced with candidates, neither of whom have a morally good political track record. Many people believe that voting for either one would be sinful or unpatriotic, so they refuse to vote at all. They make a good case. However, when we refuse to vote at all, we are actually voting for the worst of the candidates. To demonstrate this point I'll use this personal anecdote.

Mennonites refuse to vote at all. I asked a Mennonite friend if he believes abortion is a good thing and a woman's right. He was horrified that I'd even asked that question. So I asked why he doesn't vote. He gave the standard line that they don't believe in participation in the electoral process. I responded that by not voting for the pro-life candidate he is responsible for the election of the pro-abortion candidate because he and all those who share his disdain for voting could stop the pro-abortion candidate from winning. He said he'd have to think about that and our conversation ended. Perhaps you should think about it yourself.