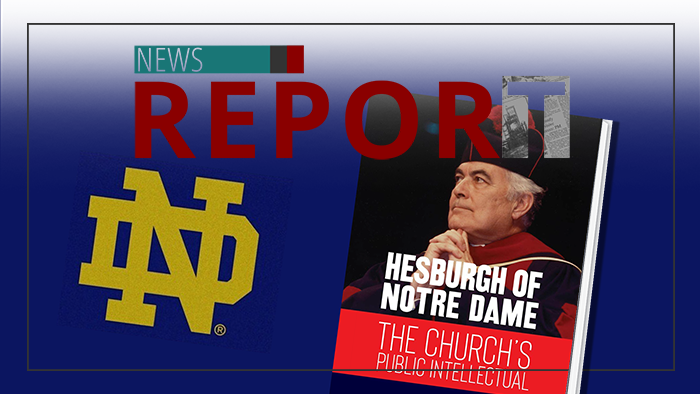 Todd C. Ream's new book, Hesburgh of Notre Dame: The Church's Public Intellectual, is the first in a series of books the professor of higher education has planned about one of the nation's most well-known college presidents.

This first book focuses on Hesburgh's call to the priesthood and doesn't address Hesburgh's overall legacy at Notre Dame.

Catholics have a love/hate relationship with Hesburgh. Bill Dempsey, chairman of the Sycamore Trust, an organization dedicated to preserving Notre Dame's Catholic heritage, offered his reflections: "Hesburgh was a bigger-than-life figure. I think he beat out the former King of Siam for the Guinness record of honorary degrees. I mean, it's just absolutely incredible."

Dempsey also had this observation about Hesburgh: "He set out to create at Notre Dame or develop at Notre Dame a great Catholic university."

Hesburgh was successful in elevating the school's reputation but at the cost of its Catholic identity.

Ream expressed a similar view with regard to the importance of faculty. In response to our question, he wrote, "One needs to consider what role the decline in religious played in the secularization of Catholic colleges and universities."

Critics would also attribute the decline of Catholic identity in higher education to the controversial 1967 Land O' Lakes Statement.

Christine Niles: "He spearheaded this whole thing. The whole premise of this conference was simply to justify dissent from Catholic teaching based on 'academic freedom.'"

Patrick Reilly, founder and president of the Cardinal Newman Society, called the statement "a focal point in American Church history, ... a watershed moment, ... an explosive, revolutionary act that changed the trajectory of Catholic higher education."

As Catholic institutions of higher education continue to struggle for relevance, their leaders would do well to reflect on balancing the drive for prestige with the preservation of the Faith. 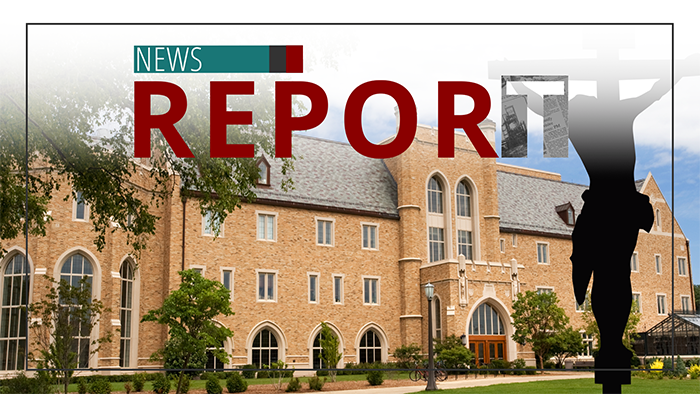