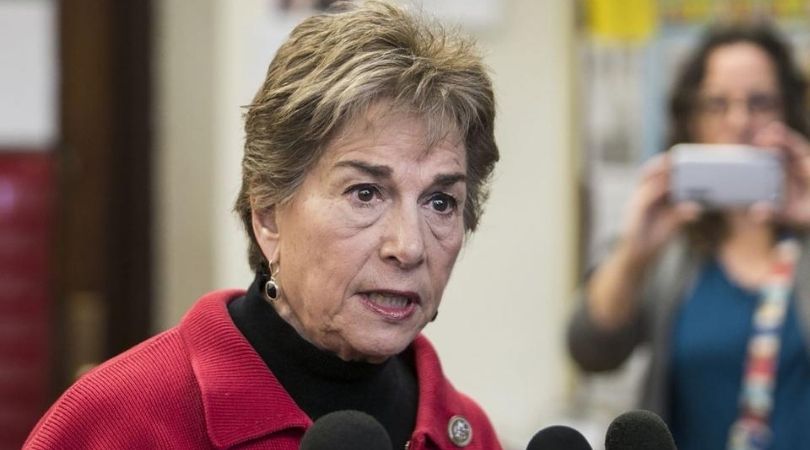 WASHINGTON (ChurchMilitant.com) - A prominent pro-life group is pushing back against a Democrat-sponsored bill that would force U.S. taxpayers to pay for overseas abortions.

On July 29, Rep. Jan Schakowsky, D-Ill., introduced the Abortion is Health Care Everywhere Act that seeks to repeal the Helms Amendment. The amendment, which passed in 1973 after the Supreme Court's landmark decision in Roe v. Wade, bars U.S. foreign funding for abortion. But Students for Life Action (SFLAction), the largest, pro-life youth organization in the United States, is fighting against attempts to repeal the ban.

"Especially at this time of crisis, pushing taxpayer-funded, international abortion is tone-deaf and insensitive. Abortion does not cure a disease called 'pregnancy' and people know that," SFLAction president Kristan Hawkins told Church Militant.

Hawkins said her organization will be calling on the U.S. Senate "to protect the Helms Amendment and innocent pre-born life around the world."

"We are also engaged in this election cycle to encourage people to vote pro-life first," added Hawkins.

She acknowledged that U.S. taxpayers are up against "[a] billion-dollar abortion business with Planned Parenthood in the lead, well-funded abortion cheerleaders in the media and Hollywood, and the support of much of academia in the schools."

"But we are winning," asserted the pro-life advocate, "because the American people are not sitting in their homes hoping for more abortion and taxpayer-funded abortion."

Especially at this time of crisis, pushing taxpayer-funded, international abortion is tone-deaf and insensitive.

Explaining why the Democrat sponsors want to fund abortion at all, let alone around the world, Hawkins explained:

Somehow abortion extremists have convinced themselves that they can define women's interests as one thing — whether a woman can end life in the womb. But women need education, equal opportunity and equal access to the tools of society, and the day after an abortion, a woman hasn't gained anything to empower her. ... But the abortion lobby tries to pretend that giving them more money serves women. It's been an effective political pitch, but it doesn't convince the general public.

The Dems argued that not supporting the bill is racist.

"The Helms Amendment is a policy deeply rooted in racism. It imposes our arbitrary and medically unnecessary abortion restrictions on international communities, allowing the United States to control the health care and bodily autonomy of billions of black and brown people around the world," claimed Schakowsky.

"We must be consistent in our calls to dismantle racist policies that perpetuate inequities and exacerbate health disparities for black and brown people here in the United States and around the globe," Pressley maintained.

But the SFLAction president, in a July 30 press release, countered the Dem's argument of racism:

The most tone-deaf appeal that the bill sponsors make for this radical change in U.S. policy is that failing to end lives around the world is somehow "racist." In what alternate reality does paying to end the lives of people of color around the world fix the racism inherent in abortion today?

Hawkins focused on the high abortion rate among black women.

"Consider that the abortion lobby's own think tank, the Guttmacher Institute, notes that, 'the abortion rate for black women is almost five times that for white women,'" Hawkins said. "That is not the kind of reality U.S. taxpayers want to export to other countries."

Hawkins pivoted the racist allegation back onto the Dems in an article published July 23 in America Today. In the article, she recommended that statues of Planned Parenthood's (PP's) founder Margaret Sanger be removed owing to her ties to eugenics and racism.

"For those identifying historical figures with racist roots who should be removed from public view because of their evil histories, Planned Parenthood's founder Margaret Sanger must join that list," remarked Hawkins.

In promoting birth control, she advanced a controversial "Negro Project," wrote in her autobiography about speaking to a Ku Klux Klan group and advocated for a eugenics approach to breeding for "the gradual suppression, elimination and eventual extinction of defective stocks — those human weeds which threaten the blooming of the finest flowers" of American civilization.

Hawkins further explained that Sanger's racism infuses PP to this day. She pointed to an open letter written by over 300 disgruntled New York PP employees in June who complained about a "toxic" environment.

"Planned Parenthood was founded by a racist white woman. That is a part of history that cannot be changed," the letter reads. It further alleges that the pattern of "systemic racism, pay inequity and lack of upward mobility for black staff" persists at the New York abortion mill.

The SFLAction press release spelled out the realities of the upcoming battle over the Helms Amendment:

In case anyone watching from home isn't clear on what the abortion lobby wants, the coming fight over the Helms Amendment should make it clear. A push for strained taxpayers to fund abortions worldwide isn't what the vast majority of Americans want and represents the agenda of a well-funded, predatory business always seeking more money.

Hawkins underscored the need for a united front in combating abortion.

"We need the support of the pro-life generation and the majority of Americans who do not like the current extreme abortion environment in the U.S.," noted Hawkins. "Because of Roe v. Wade, abortion is allowed through all 9 months, for any reason and sometimes with taxpayer funding."

For those identifying historical figures with racist roots who should be removed from public view because of their evil histories, Planned Parenthood's founder, Margaret Sanger, must join that list.

Hawkins emphasized, "While every abortion vendor does not do late-term abortion surgeries, it is possible to get them in the U.S. And that is a radical departure from even the rest of the world, where we are one of only seven countries that allow abortion to the very end of pregnancy."

She concluded, to become "an agent for change in this election" Americans must "vote pro-life first."

More information about Students for Life Action can be found online.

Latinos May Give Trump Needed Edge