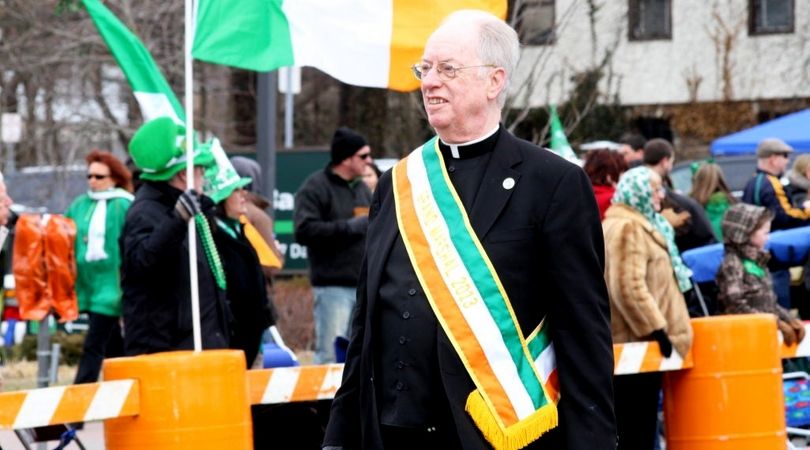 NEW YORK (ChurchMilitant.com) - The archdiocese of New York has temporarily suspended from active ministry a high-ranking priest accused of brutally raping a boy at least 150 times.

The lawsuit filed with the Supreme Court of the State of New York alleges that, from 1978 to 1983, Weber, currently Director of Priest Personnel, molested and violently raped Haughwout when he was 11–16 years old and in foster care at least 150 times at various locations, including the altar and rectory of St. Sylvester.

The lawsuit states that Weber, who abused "many other young patrons of St. Sylvester Church," would pin Haughwout down so that the boy could not move while Weber violently raped him as the alleged victim "would cry and beg Weber to stop to no avail."

Weber reportedly used his position of authority and power to isolate Haughwout and intimidate him to ensure he would not report the abuse. If Haughwout threatened to report Weber to the police, Weber told Haughwout that he would never again see his twin brother.

The lawsuit further states: "Edward Weber committed the acts alleged herein maliciously, fraudulently, and oppressively with the wrongful intention of injuring plaintiff [Haughwout] from an improper and evil motive amounting to malice and in conscious disregard of plaintiff's rights, entitling plaintiff to recover punitive damages in amounts to be proven at trial."

The lawsuit summarizes how the archdiocese of New York and St. Sylvester are responsible:

Church Militant spoke with a priest who preferred to remain anonymous to clarify the nature of the Priest Personnel Office in a diocese.

The Priest Personnel Office and its director is "instrumental in the selection and placement of diocesan priests in the parishes of the [arch]diocese," he told Church Militant. "The two work directly with the local ordinary [Dolan] in maintaining pastors and associate vicars in the parishes of the diocese, as well as evaluation and ongoing formation of the diocese's clergy."

The CNY report states that Dolan sent letters on Oct. 3 to three parishes where priests have been temporarily suspended, but does not state when any of these priests, including Weber, were suspended.

Church Militant contacted the archdiocese of New York for clarification but received no response as of press time.

This leave is not a punishment, and no judgment has been made about the accusation.

"This leave is not a punishment, and no judgment has been made about the accusation," said Dolan, adding that the accused priests "continue to have the presumption of innocence."

The Lay Review Board (LRB) for the archdiocese cannot begin its review into Weber until the lawsuit under the CVA has been resolved.

Prior to this recent lawsuit, Weber has been reported to be part of a homosexual ring in the archdiocese of New York and "Cdl. Timothy Dolan is aware of much of this and does little to stop it." Members reportedly include Cdl. Edwin O'Brien, Msgr. Gregory Mustaciuolo and Fr. Peter Miqueli, among others.

Miqueli was forced to resign after a gay-for-pay prostitute scandal involving the alleged embezzlement of hundreds of thousands of dollars from his parish, leading to a lawsuit filed by parishioners and an investigation by the Bronx district attorney.