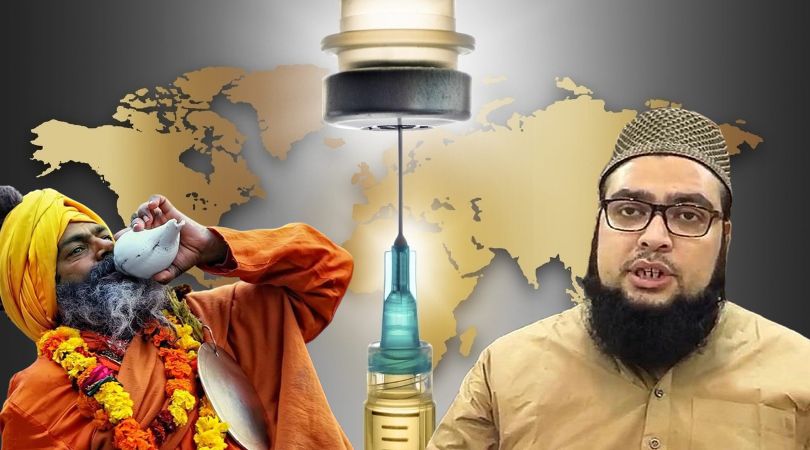 The Sunni Muslim Raza Academy has written to the World Health Organization (WHO), and the All India Hindu Grand Assembly (ABHM) has sent a memorandum to India's president demanding to know if the vaccines contain pig or cow extracts.

Consumption of pork in any form is forbidden (haram) in Islam. In the Vedas, the oldest Hindu scriptures, the cow is associated with Aditi, the mother of all the gods.

Governments and mainstream media are launching a charm offensive to challenge religious misgivings about "animal-tainted" vaccines, yet evangelical leaders and the Vatican have morally endorsed vaccines produced or tested with fetal lines from aborted babies.

Speaking to Church Militant, Catholic writer Dcn. Nick Donnelly described how the media "are showing great sensitivity to Islam's and Hinduism's prohibitions about pigs and cows, and are going out of their way to reassure Muslims and Hindus that the COVID vaccines are not tainted by these animals."

"Muslims and Hindus have shown that the moral precepts of their religions are more important to them than their own physical survival. If only Catholics had such courage," Donnelly lamented.

"No such media sensitivity has been needed for Catholics since Catholic leaders themselves have failed to condemn the use of cell lines in the vaccines from a baby murdered through abortion," Donnelly remarked.

Did you express concern that these vaccines have been produced with the fruit of a genocide that continues today?

The outspoken deacon explained how "despite the Catechism condemning abortion as intrinsically evil, the pope and bishops have encouraged the use of abortion-tainted vaccines, employing questionable arguments to relativize this abominable crime."

Doctor Biswaroop Roy Chowdhury, a Hindu, explained how some COVID-19 vaccines were using Fetal Bovine Serum (FBS), which "is obtained by mercilessly slaughtering [the] pregnant cow and tearing the stomach of the cow to pull the 3-to-9-month-old bovine fetus and puncturing the heart while the fetus is alive and kicking with pain, to extract the blood."

While Chowdhury has been dismissed as a "quack" by "fact-checkers," the medic has uploaded a number of scientific articles from peer-reviewed medical journals on his website to make his case on the use of FBS.

FBS is important in vaccine development, as molecules for the vaccine are grown in cell culture systems that require serum to maintain a suitable environment.

"Even if a pig's hair falls in a well, water from that well is forbidden for Muslims. Hence, as per Islamic law, a vaccine which contains pig gelatin cannot treat any disease," Sunni ulemas (theologians) from the Mumbai-based Raza Academy declared.

Posting his letter to India's president, Ram Nath Kovind, on Twitter, Swami Chakrapani Maharaj, president of ABHM  — one of the world's oldest Hindu organizations — demanded to know if the vaccines contain "cow's blood or any such substance which hurts the spirit of Hindu sanatana dharma [eternal order]."

Muslims and Hindus have shown that the moral precepts of their religions are more important to them than their own physical survival.

The swami drew a parallel with the first Indian War of Independence against the British Empire (1857), which was sparked by reports that the British colonialists had greased the new Pattern 1853 Enfield rifle cartridges with the fat of pigs and cows. Muslim and Hindu soldiers were to chew the fat off the cartridges to fire them.

Sources on the ground in India told Church Militant that "animal-tainted vaccines" had the potential to spark off unrest among Muslim and Hindu communities.

Pork-derived gelatin is widely used as a stabilizer to keep vaccines safe and effective during storage and transport.

In comments to Church Militant, Australian Imam Sufyaan Khalifa confirmed that "the Islamic ruling in regards of using Pork as a medicine is unlawful (haram) except in extreme circumstances where the person has to choose to consume or take pork in order to save his life."

"I stand with the position that using pork in any form of medication is unlawful except if nothing was presented to the person to save his life," Khalifa added.

Pfizer, Moderna and AstraZeneca have assured Muslims that pork products are not part of their COVID-19 vaccines, while a number of companies have been working for years to produce pork-free serums.

Muslims are also being persuaded to accept the Pfizer-BioNTech vaccine on the grounds it was designed by Turkish Muslim co-founder of BioNTech Dr. Ugur Sahin, who boasted he invented the vaccine in just a few hours over a weekend.

The Indonesian government has said it will include the Indonesian Ulema Council (the Muslim clerical body that issues certifications that a product is halal) in the COVID-19 vaccine procurement-and-certification process.

Salman Waqar, general secretary of the British Islamic Medical Association, conceded that Islamic scholars differed in their opinions as to whether it was halal to receive a vaccine with pork gelatin after it had undergone a "rigorous chemical transformation."

Rabbi David Stav, chairman of Tzohar, a rabbinical organization in Israel, explained how Jewish law only prohibited eating pork, not receiving it by injection.

British Muslim leaders said they were concerned about a poor take-up by Muslims fanning "the flames of Islamophobia and giving rise to scapegoating communities."

"Good to see faith leaders encouraging their community to take up the COVID vaccine and countering myths, conspiracy theories and fake news about it," John Stevens, national director of the Fellowship of Independent Evangelical Churches, tweeted as a word of encouragement to pro-vaccine British Muslim leaders.

"Did you express concern that these vaccines have been produced with the fruit of a genocide that continues today? Did you say that we find the ongoing organ-harvesting today from killed babies abhorrent?" David Brennan, executive director of pro-life Brephos, asked Stevens.

"I am afraid I don't agree with your argument in regard to the COVID vaccines — so naturally didn't express it," Stevens replied.

Brennan confirmed to Church Militant that most evangelicals in Britain, supported by the arguments of evangelical Dr. John Wyatt, had justified the issue of fetal cells used in the production or testing of the vaccines and were gung-ho about receiving the shot. 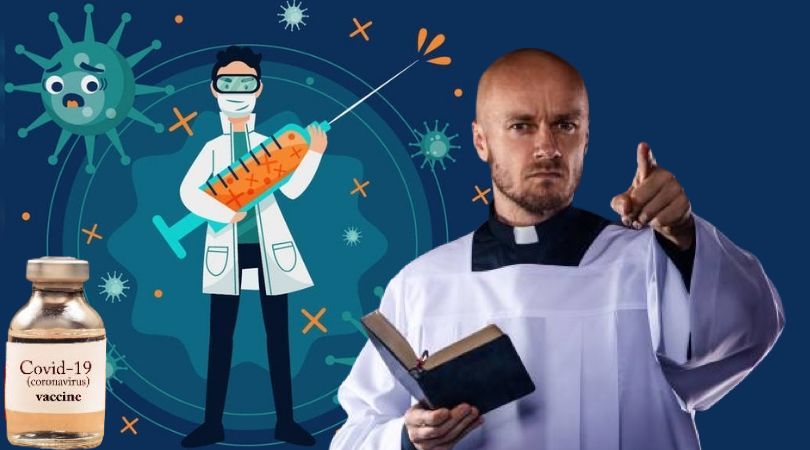 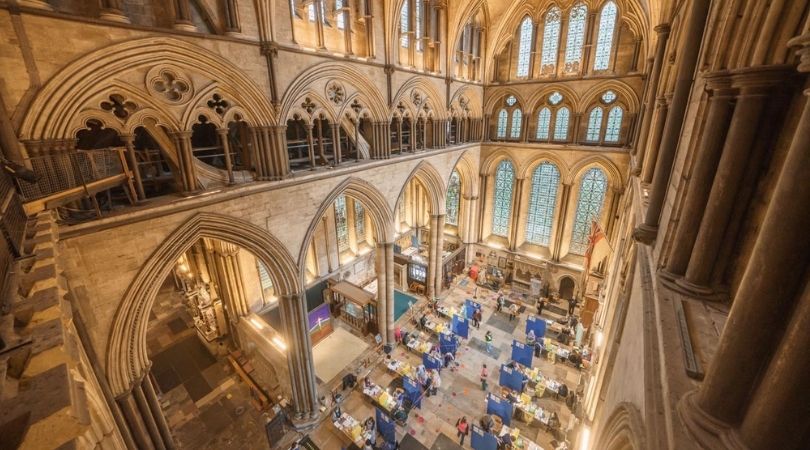 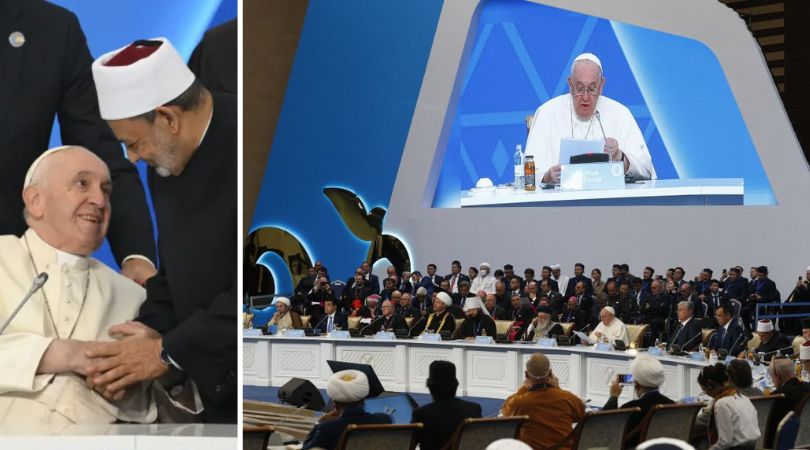