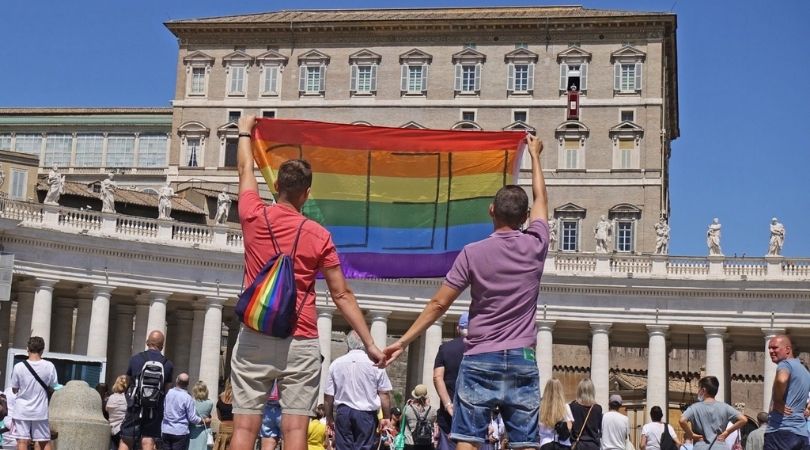 VATICAN CITY (ChurchMilitant.com) - The Holy See is warning the Italian government that its proposed Zan bill against so-called homotransphobia would violate the Concordat of 1985 between Italy and the Vatican city-state.

"Some of the current contents of the legislative proposal reduce the freedom guaranteed to the Catholic Church by article 2, paragraphs 1 and 3 of the revised Concordat," Vatican foreign minister Bp. Paul Gallagher noted Thursday to the Italian embassy to the Holy See.

The intervention is without precedent in the history of the relationship between the two states since Italian dictator Benito Mussolini and cardinal secretary of state Pietro Gasparri signed the Lateran Treaty in 1929 recognizing papal sovereignty over Vatican City.

A revised concordat was signed in 1985 between the Vatican and the socialist government of Prime Minister Bettino Craxi, putting an end to Roman Catholicism as Italy's state religion.

According to article 2, paragraph 1, "The Italian republic recognizes the Catholic Church's full liberty to develop its pastoral, educational and charitable mission, and to evangelize and to sanctify."

The concordat continues, "In particular, the Church is assured the freedom to organize its affairs, to exercise public worship, to carry out its teaching and spiritual ministries, as well as to exercise its jurisdiction in ecclesiastical matters."

The third paragraph of article 2 assures "Catholics and their associations and organizations," the "full liberty of assembly and to express their thoughts orally and in writing, and by any other means of circulation."

The Vatican is contending that the Zan bill not only threatens "freedom of organization" — forcing Catholic schools to organize activities supporting the newly formed national day against "homotransphobia" — but also threatens Catholic "freedom of thought."

The Vatican's stance gives us great courage and hope in this battle for freedom.

The legislation, named for the Democratic Party lawmaker and gay rights activist Alessandro Zan, could criminalize the Catholic Church's teaching on homosexuality and even censor preaching against sexual pathologies like pedophilia, sadism and masochism.

Vatican press office director Matteo Bruni confirmed that a diplomatic communication had been sent on June 17.

Italian parliamentarian and faithful Catholic Vito Comencini told Church Militant that "the Vatican's stance gives us great courage and hope in this battle for freedom."

"When the Church really plays her part, she can really change history, and, for us politicians who are active in politics, this is very important," Comencini, the deputy leader of Matteo Salvini's Lega Party, said.

"Standing against the Zan bill means being in favor of freedom and rights. It also means rejecting gag laws, censorships and trials against those who defend the value of family and life," Comencini added.

In comments to Church Militant, Naiche Di Salvo, head of Evangelical Christian Action (ACE), Lazio, pointed out that "the Zan Bill is unconstitutional as it contrasts with the freedom of expression, enshrined in article 21 of the Italian Constitution."

"In fact, in article 4 of the text, the Zan bill introduces a real crime of opinion," Di Salvo noted. "The bill also demolishes freedom of association and the equality of all religious confessions guaranteed by articles 8 and 18 of the Fundamental Charter of Rights of our country."

The ACE, representing 6,007 evangelical churches and working closely with Catholics, Orthodox and Anglicans, is among the associations which will be heard by the Senate Justice Committee on the Zan bill.

Church Militant spoke to Nausica Della Valle — a journalist and former lesbian who experienced a powerful conversion to Christ and gave up her sinful lifestyle — who is now campaigning against the Zan bill.

"Article 1 talks about [how] gender identity is a perceived identity wherein gender is self-determined. You are no longer allowed to say that the natural family is made up of a father and a mother, otherwise you are homophobic and risk two to six years in prison," she said.

"Article 4 permits freedom of opinion as long as it is not intended to discriminate against anyone. But who decides this? Because if you base everything on perception, I can say anything and they will say that I am homophobe, just as they do now," Della Valle noted.

"Just to say 'I'm no longer a homosexual,' I'm homophobic in their eyes. It's like putting a loaded gun in a child's hand," remarked Della Valle, who has narrated her testimony in her book Nausica: The Truth that Set Me Free.

We find worrying the Vatican meddling in the law against homophobia.

Della Valle also stressed that article 7 intends to push LGBTQ+ indoctrination in schools: "They want to get to impart a gender ideology in schools for children from 6-years-old and up. This is becoming a dictatorship."

"The government has the political and moral obligation to not only just resist pressure, but to unilaterally denounce this unprecedented interference in State affairs," the secretary of the Union of Atheists and Agnostic Rationalists, Roberto Grendene, said in a statement.

"We find worrying the Vatican meddling in the law against homophobia," Fabrizio Marrazzo, Gay Party for LGBT+ Rights spokesman, said.

Marrazzo called on Prime Minister Mario Draghi's government to "defend the laicity of the State" and "improve the law so that it truly has, at its heart, the fight against homophobia and transphobia."

Marrazzo called on Prime Minister Mario Draghi's government "defend the laicity of the state" and "improve the law so that it truly has at its heart, the fight against homophobia and transphobia."

Last June, Cdl. Gualtiero Bassetti, president of the Conference of Italian Bishops (CEI), issued a statement warning that "introducing further incriminating norms would risk a drift towards liberticide" and "subject to criminal proceedings those who believe that the family requires a dad and a mother," Church Militant reported.