Polish priest Fr. Dariusz Oko is best known for his 2012 blockbuster exposé "With the Pope Against the Homoheresy," which offered frank discussion of the homosexual infiltration of the clergy. Michael Voris sat down with him in Krakow in December, where Fr. Oko continued the theme, citing shocking numbers: As many as 10 percent of the clergy worldwide are homosexual, according to his estimate, going up to a stunning 50 percent in Rome.

In spite of claims that the sex abuse scandals and homosexual infiltration are largely a thing of the past, Fr. Oko's commentary reveals this remains a grave problem that afflicts the Church — largely perpetuated by the fact that few in the Church are willing to admit the problem exists.

After the Boston Globe blew the lid off the sex abuse scandal in 2002, shocking Americans by revealing the depth and breadth of the corruption, which stretched far beyond Boston (to date, at least 11 dioceses have declared bankruptcy within the past decade as a result of lawsuits, Duluth being the latest, with settlements totaling hundreds of millions of dollars), the U.S. Conference of Catholic Bishops commissioned a study to examine the root cause of the crisis.

The National Review Board, recruiting a research team from the John Jay College of Criminal Justice, released its initial report in 2004. The results were conclusive: This was not a "pedophile" scandal, but a homosexual scandal.

Statistically, girls were only a fraction of the victims. Eighty percent of the alleged victims were male, and nearly 90 percent were post-pubescent, with "only a small percentage of priests receiving allegations of abusing young children." An updated report, issued in 2011, revealed similar numbers: 81 percent of sex abuse victims were boys, and 78 percent were post-pubescent.

Both findings put the lie to the oft-spoken claim that this was a "pedophile priest" scandal. Pedophilia proper involves children under age 11 or 12; but the 2011 John Jay study showed the majority of abuse victims were adolescents and teens between ages 11 and 17 — a pathology more properly termed "ephebophilia." Even Newsweek acknowledged the distinction: "The great majority of cases now before the Church involve not pedophilia but 'ephebophilia,' an attraction to post-pubescent youths."

Watch the panel discuss the problem of homosexual infiltration of the clergy in The Download—Fighting the Homoheresy. 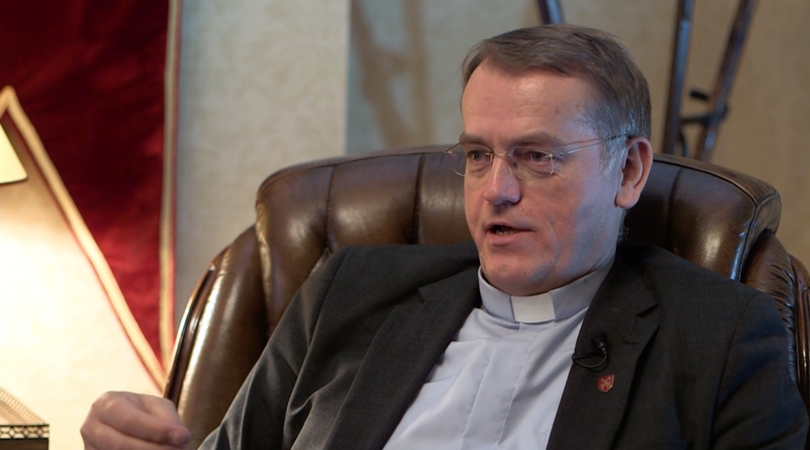