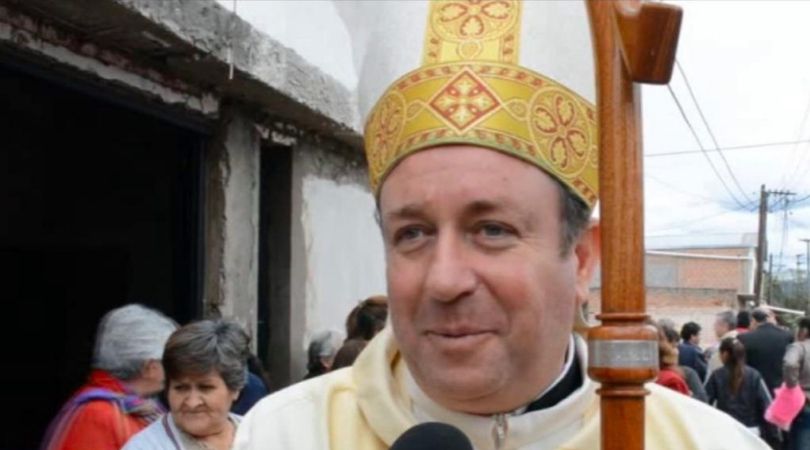 Bishop Gustavo Zanchetta was banned from travel after being formally charged June 7 by authorities in the Argentine province of Salta with sexually abusing two seminarians while he was bishop of Orán.

On Friday, the judge in Salta, Claudio Alejandro Parisi, reversed Zanchetta's travel restriction and is allowing him to travel to the Vatican provided he returns to Argentina for his trial on Aug. 8.

Salta prosecutor Soledad Filtrín opposes the lifting of travel restrictions on Zanchetta, warning on Friday that the Vatican doesn't have an extradition treaty with Argentina.

"It would be possible that the subsequent procedural stages would be truncated with the lifting of the imposed measures of coercion, especially considering that there is no extradition agreement with the Holy See," she said.

Judge Parisi agreed that repealing travel restrictions "would affect the ends of the criminal procedure" and further conceded to Filtrín that "the requirements are not met to permanently grant Zanchetta full liberty to travel.

Parisi ruled, however, that Zanchetta be allowed temporary permission to travel for "work-related" reasons. This is presumably related to Zanchetta's special position created specifically by Pope Francis as assessor to the Administration of the Patrimony of the Apostolic See.

Experts, however, point out that this makes little sense as Zanchetta has been suspended from this position since the Vatican launched a separate canonical investigation against him on Jan. 4. The Vatican was investigating Zanchetta for both sexual misconduct and financial mismanagement.

The Holy See Press Office announced on Jan. 4 that Zanchetta would "abstain himself from work" while the canonical investigation took place.

There is no extradition agreement with the Holy See.

Zanchetta is viewed by many as a crony of Pope Francis, who was close friends with Zanchetta prior to becoming Pope.

After becoming elected to the papacy, one of Francis' first acts was to appoint Zanchetta to head the Argentine diocese of Orán. It was in this position in 2015 that Zanchetta was accused by multiple seminarians of sexual abuse as well as financial mismanagement.

Three of Zanchetta's vicar generals and two monsignors filed a formal complaint in 2016 with Abp. Paul Emile Tscherrig, the papal nuncio to Argentina.

These reports state that Zanchetta would "watch seminarians in their rooms at night with a flashlight, ask for massages, go into their rooms and sit on their beds, encourage them to drink alcoholic beverages, and had certain preferences for those who were more graceful [looking]."

After Zanchetta met with Francis in 2015, the Pope allowed him to continue as bishop of Orán for two more years. In 2017, however, as mainstream media began reporting on the story, Zanchetta suddenly resigned as the bishop of Orán and disappeared for months.

He reappeared in Rome and was given his specially tailored position as assessor — a position Francis himself invented — allowing Zanchetta to oversee millions of dollars in Church real estate.