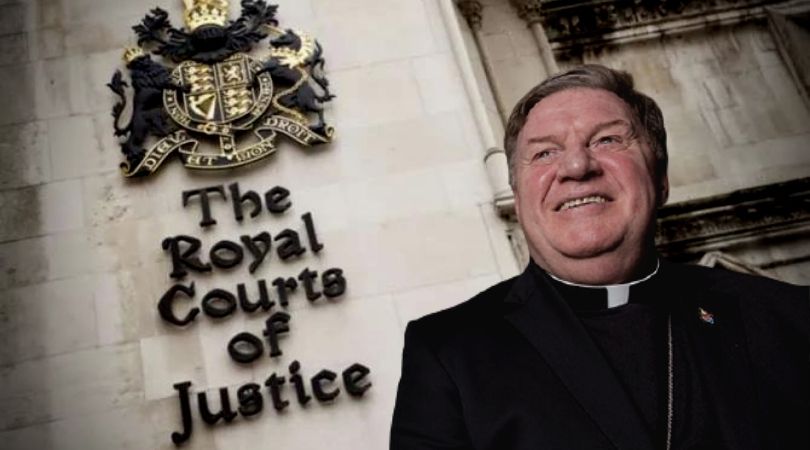 VATICAN CITY (ChurchMilitant.com) - Pope Francis' latest appointment to the Catholic Church's supreme court is a  homosexualist cardinal who has no degree in canon law.

Cardinal Joseph Tobin, archbishop of Newark, New Jersey, is one of four Americans the pope appointed Monday to be part of the 12 new members of the Apostolic Signatura, the Vatican's highest court.

Americans joining Tobin include Bp. Mark Bartchak of the diocese of Altoona-Johnstown in Pennsylvania, who served in the tribunal of the Erie diocese as judicial vicar, and William Daniel, a lay professor of canon law at the Catholic University of America since 2015.

Tobin is the only one with no legal education or experience.

Also joining Tobin is Cdl. James Harvey, who has a doctorate in canon law from the Pontifical Gregorian University. Tobin is the only one with no legal education or experience.

Members of the Apostolic Signatura serve as judges who decide mainly appeals of lower-court decisions. These include judgments on marriage, movement or dismissal of clergy and dismissal of priests from teaching positions.

Vatican observers find it curious how someone with Tobin's past would qualify him for the job.

Disobedience to the Magisterium is proliferating through "Pride Masses"

In 2020, Tobin advised Catholic voters during the presidential campaign that "a person in good conscience could vote for Mr. Biden," who radically supports abortion, sodomy and so-called transgenderism.

"I, frankly, in my own way of thinking, have a more difficult time with the other option," Tobin declared, referring to President Trump, the most pro-life president in American history.

The Catechism speaks of homosexual acts being intrinsically disordered but not the people who perform them.

The cardinal told NBC’s Today the Catholic Church was reconsidering "what our faith has us do and say with people in relationships that are same-sex."

When reminded by the NBC reporter the Catechism teaches homosexual behavior is "intrinsically disordered," he shot back: "It’s very unfortunate language. Let's hope that eventually that language is a little less hurtful."

What Tobin failed to clarify for the reporter is the Catechism speaks of homosexual acts being intrinsically disordered but not the people who perform them.

Tobin has recently joined other heterodox U.S. bishops in standing against a potential document on Eucharistic coherence. Such a document would underscore the importance of being in the state of grace to receive Communion. It would also challenge anti-Catholic politicians like Joe Biden, who obstinately persist in grave public sin, by applying canon 915, i.e. refusing them Holy Communion until they repent.

Tobin recently said that moving forward with such a document could "thrust the bishops of our nation into the very heart of the toxic partisan strife which has distorted our own political culture and crippled meaningful dialogue."

Of the 12 new members appointed by Pope Francis, one is Cdl. Gerhard Müller, former prefect of the Congregation for the Doctrine of the Faith. Unlike Tobin, Müller is known for his orthodoxy and faithfulness to the Church's teachings.

American cardinal Raymond Burke, also known for Catholic orthodoxy, was removed from the Signatura in 2014, when newly elected Pope Francis apparently wanted is his own appointed men making key judgments for the Universal Church.