NEW YORK (ChurchMilitant.com) - Father James Martin, the pro-sodomy Jesuit, is celebrating the release of his book and telling homosexuals and so-called transgenders that God created them that way.

In his latest book, Building a Bridge: How the Catholic Church and the LGBT Community Can Enter Into a Relationship of Respect, Compassion, and Sensitivity, Martin continues his mantra of denying Catholic Church teaching on human sexuality and natural law.

He is echoing the latest excuse parroted by homosexual or pro-homosexual priests and bishops, seeking to justify behavior the Church has always taught as "intrinsically disordered." In his book, he claims the need to "build a bridge between LGBT community and the Catholic Church," because of "a lack of communication and, sadly, a good deal of mistrust, between L.G.B.T. Catholics and the hierarchy."

The book bears the recommendation of three bishops, Cdl. Kevin Farrell, prefect of the Vatican's Dicastery for Laity, Family and Life, Cdl. Joseph Tobin, archbishop of Newark and Bp. Robert McElroy of San Diego — all of whom have spoken favorably of homosexuality.

Crux, the Knights of Columbus funded news agency comments, "In this much anticipated new book, Fr. James Martin, S.J, seeks to end the 'us' versus 'them' mentality that has long divided LGBT Catholics and the institutional Church." 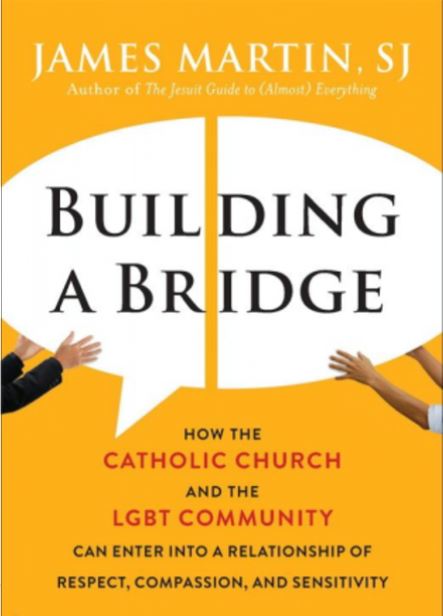 He justifies his interpretation that since there are prohibitions against certain kinds of food, dressing habits and other things are no longer taken literally, homosexual activity should be considered in the same light. He even adds that Jesus Christ never spoke against homosexual relations in the Gospels, adding, "It's not a sin to be LGBT, that's the way God created you."

Martin is attending a book launch at the pro-homosexual Jesuit parish of St. Ignatius on Park Ave. in New York on June 13.

St. Ignatius, itself, has recently "come out" in acceptance of homosexuality, announcing in its bulletin the creation of a "parish LGBTQ ministry," as described by the pastor, Fr. Dennis Yesalonia, S.J.

He writes, "For reasons unique to each person, our LGBTQ parishioners are firmly committed to being Catholics, despite how they are characterized by the official teaching of the Church. They are nonetheless buoyed by their hope that the Church's teaching will change."

It goes on, "[T]hey want to feel accepted by this community, their parish, for who they are and to be affirmed, not simply vaguely known or tolerated as being LGBTQ. They yearn to be true to who they are, created out of love by God as gay, as lesbian, as bisexual, as transgendered, or as questioning of their identity."

Yesalonia expects his "decision will not be universally welcomed or accepted." He adds:

An LGBTQ ministry may seem to some to be unsettling and inappropriate for this parish. Some may argue that it goes against the teaching of the Catholic Church. Others may view it as the unleashing of dark and sinister forces which will lead to the unravelling [sic] of our social order or of the church itself.

He answers his critics, "Our Savior Lives! The shackles of ignorance, darkness and fear have been destroyed forever."

Recently, Martin was presented with an award by dissident Catholic group, New Ways Ministries, with the Bridge Building award "in recognition of his ministry of communication which has helped to expand the dialogue on LGBT issues in the Catholic Church."

Father Martin is the editor-at-large of the often dissident Jesuit magazine America, and has a constant media presence on Facebook and Twitter. 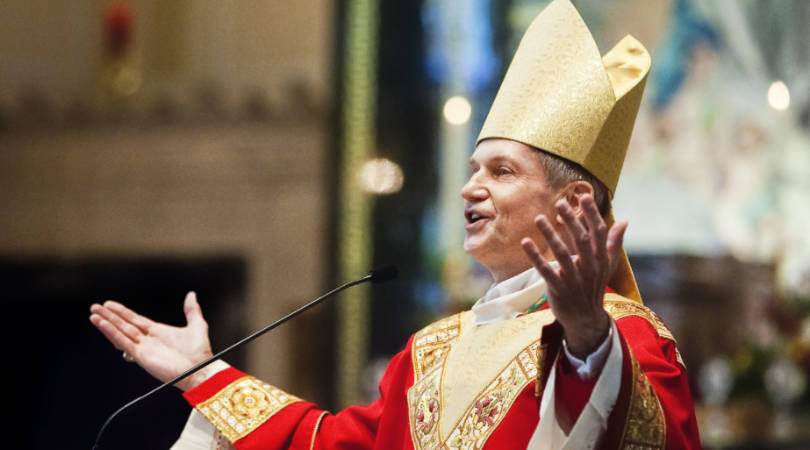