Hong Kong is facing its worst political crisis in a generation.

In June, upwards of two million people took to the streets to protest a proposed extradition law that would ship accused criminals to mainland China for trial in Communist courts.

Critics, including Cdl. Joseph Zen, denounced the bill, fearing it would allow Beijing to silence political opponents and mark the end of Hong Kong's political autonomy.

People should be independent and free, and we should have our own rights.

"People should be independent and free, and we should have our own rights," said one protester.

Meanwhile, heavy-handed crackdowns by police are intensifying, and the once-peaceful protests have turned increasingly violent, with flights canceled, trains disrupted and shops and businesses shuttered.

The protests are seen as a direct challenge to the rule of Chinese President Xi Jinping who, on Wednesday, met with Communist leaders to address the growing crisis.

Fears are growing that in reaching for greater freedom, the citizens of Hong Kong may trigger backlash from Beijing and come under total Communist control. 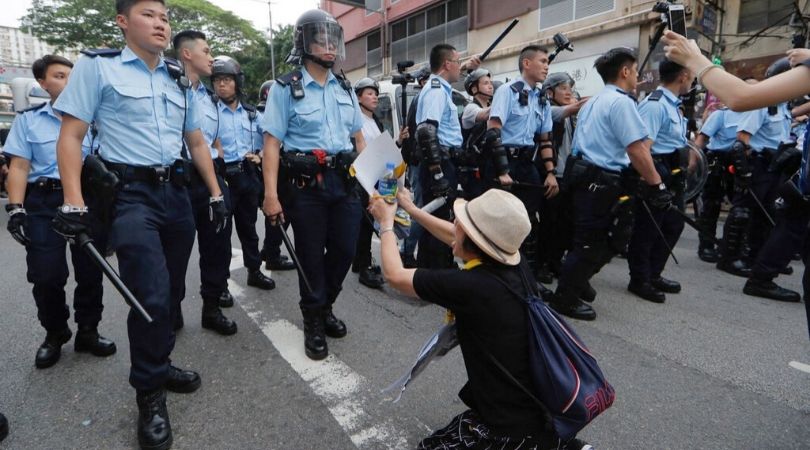