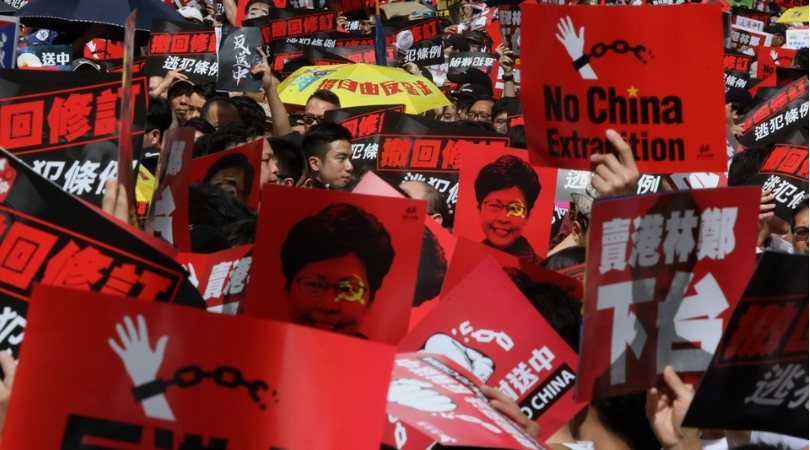 Comes after weeks of protests and police clashes

Hong Kong Chief Executive Carrie Lam announced Wednesday that the government would fully withdraw the bill that launched the ongoing pro-democracy movement from the legislature, ceding to one of the five demands protesters have been posing to the government for the past three months.

The bill in question would have allowed the Communist Party of China to extradite anyone present in Hong Kong, not just Hong Kong residents or Chinese citizens, into the Chinese prison system if accused of violating communist "crimes." China has notoriously "disappeared" thousands of political dissidents into its prison system and severely restricts free speech and religious activity. Multiple investigations have found that China uses its political prisoners as forced organ donors, cutting them open and taking their organs alive to fuel a million-dollar industry.

Hong Kong residents naturally feared that exercising their rights to speech, assembly or religion in what is ostensibly a free territory would result in being the victims of gross human rights violations and took to the streets this June.

In a public address Wednesday, Lam said the Legislative Council would fully withdraw the bill "in order to fully allay public concerns" and lamented the mostly police-driven violence her government has plunged the city into, though she appeared to equally blamed the peaceful protest movement.

"Our citizens, police and reporters have been injured during violent incidents. There have been chaotic scenes at the airport and MTR stations; roads and tunnels have been suddenly blocked, causing delay and inconvenience to daily life," Lam narrated. "For many people, Hong Kong has become an unfamiliar place."

Lam also announced that she would modify the membership of the existing police oversight organization, the Independent Police Complaints Commission. This is a nod to one of the remaining four demands — an independent inquiry on police brutality against protesters — but does not address concerns that the police would exonerate itself of human rights crimes if it conducts the investigation.