Hope for the Brain Damaged 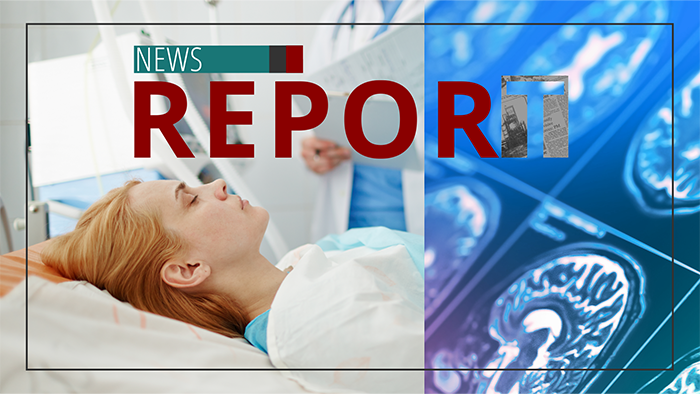 The brain is a great mystery to the medical community — as it is to the theological community in assessing its relationship to the soul.

Colin Fausnaught, neurotech researcher, The BCI Guys: "One of the most important developments in the neurotechnology field is how much we've learned about the brain."

Innovations in neurotechnology are making it easier to diagnose and treat severely brain-injured people, raising new hope for recovery.

While the brain is seen as the physical seat of consciousness, severe brain injury can hinder this.

Trace Dominguez, reporter, DNews: "Neurologists define consciousness by wakefulness and awareness. And people in a vegetative state are awake but unaware."

With injury or trauma, parts of the brain may cease to operate, but the person is alive as long as the brain stem enables the vital organs to function.

Dominguez: "Someone in a vegetative state or a coma is still considered alive, but brain death is irreversible."

Currently, the persistent vegetative state is being reassessed. In the past, physicians used simple methods to test patients.

Dr. Adrian Owen, neuroscientist, University of Western Ontario: "Typically, the way we assess consciousness is through command following. We ask somebody to do something — say, squeeze their hand — and if they do it, you know that they're conscious."

The brains of minimally conscious persons react differently when imagining one activity or the other.

In 2019, neurologist Jan Claassen demonstrated that an EEG combined with machine learning could also detect concealed consciousness. A study the same year found that 15% of patients showed evidence of brain activation in response to spoken commands.

Dr. Jan Claassen, director of critical care neurology, Columbia University Medical Center: "The goal is, then, to sort of promote the recovery — to not just predict but to somehow find ways to promote and support the recovery."

Dr. Joseph Fins, however, observes medical technology is not foolproof and that interpreting the data is a work in progress.

Dr. Joseph Fins, physician and medical ethicist, New York Presbyterian Hospital: "For example, there are patients who can respond to a command at the bedside and who are minimally conscious, who can't respond in the scanner."

Nevertheless, it's helping to uncover levels of consciousness presumed to be absent.

For minimally conscious individuals, physicians are better able to prescribe fitting treatments that could facilitate recovery.

Fins: "What technology has done is that it reveals problems and also suggests solutions to problems."

This is good news in a world where euthanasia is becoming more accepted.

In a May 2022 report, Dr. Kenneth Maiese of Rutgers University confirmed that PET scan imaging could also detect brain activity, indicating some level of consciousness in patients who are otherwise unresponsive.