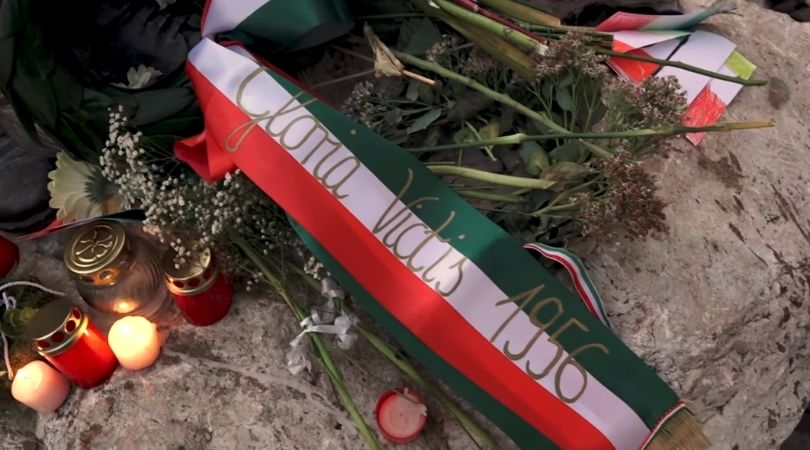 A nation said it was 'enough'

Hungarians — both inside their beloved nation and abroad — are commemorating the time they took destiny into their own hands, wresting their fatherland from the clutches of communists.

Friday marks the 64th anniversary of Hungary's 1956 uprising against Soviet occupation. In a nod to the past and a hopeful future, Hungarians recalled their triumph Friday as the national flag was hoisted with military honors in a ceremony in front of the Parliament of Budapest.

Prime Minister Viktor Orbán commemorated the day by accompanying Mária Wittner (a surviving freedom fighter) and placing a wreath at a shrine commemorating the event. They "demanded an independent Hungary in a Europe of nations," the prime minister declared of the freedom fighters. "Gloria Victis! Glory to the heroes!"

Zsuzsanna Borvendég of the Hungarian Research Institute paid homage Friday to the event in a poignant piece called "The Flame of 1956" published in Magyar Nemzet, a popular Hungarian daily.

"There was a people who said it was enough!" Borvendég said of the communist burden the Hungarians could no longer bear. Their "scream penetrated the sky, and every tiny zigzag of the created world was permeated by the shocking realization that David was fighting against Goliath."

"Photographers and war correspondents took to the streets of Budapest to tell the news of the miracle that put this little country on the maps of the big ones," she said. Referring to the perennial disregard of the "big ones" toward Hungary, she had a news flash: "We already had a place on those maps for millennia!"

Their scream penetrated the sky, and every tiny zigzag of the created world was permeated by the shocking realization that David was fighting against Goliath.

Of the Soviet "Goliath," she wrote: "The largest army of the world at that time trampled the streets of Pest, fired at the quiet and tormented homes hidden behind the firewalls in Buda, killed our young people, women, the elderly and the able-bodied men without question."

"But we didn't give up either," the Hungarian writer added.

Spanning from Oct. 23–Nov. 10, the Hungarian Revolution of 1956 represented a nationwide revolution against Soviet-imposed governance. It was the first major threat to the Soviet stranglehold since the Red Army drove Nazi Germany from Russia at the end of World War II, and, according to many sources, the revolution began the shake-up that led to the eventual demise of the USSR.

The revolution morphed into a war between ragtag groups, including many young men and women (often with no real military training) and even children against Soviet troops supported by communist Hungarian security forces.

The rebels were poorly equipped but proved agile and determined fighters, armed with rifles and Molotov cocktails. The rebels even saw some success at knocking out Soviet tanks and outmaneuvering the powerful Red Army.

They removed Soviet red stars from buildings and cut out the communist emblem from the center of the Hungarian tricolor flag, making it the new revolutionary banner.

October 23, we commemorate the 64th anniversary of the 1956 Hungarian Revolution & Freedom Fight and the heroes who stood up to communist oppression & Soviet force. They "demanded an independent Hungary in a Europe of nations," said PM Orbán "Gloria Victis! Glory to the heroes!" pic.twitter.com/LpkibsIvBW

Indeed Soviet forces began to withdraw after a ceasefire was declared on Oct. 28 — after crowds of unarmed civilians were gunned down on Parliament Square on Oct. 25.

But Nikita Khrushchev, leader of the USSR, decided to respond with brute force, making an example of Hungary, lest other satellite nations follow suit.

The U.S. government did not support the freedom fighters, despite strong suggestions via Radio Free Europe broadcasts that it would support "liberation" and "captive peoples," a point that angers and frustrates Hungarians to this day.

Borvendég described the "failure" of the revolution in transcendent terms:

We have failed in one of the purest and truest struggles in world history, which we have waged against the evil incarnate, but we have not been defeated. If that were the case, we would not be here today, for what followed after Nov. 1956 could not have survived without the determination and will that glowed within us, without the unquestionable ancient knowledge that evil would eventually receive its worthy punishment.

"On Oct. 23, 1956, the reflection of the Hungarian people's soul: Unconditional faith in truth, freedom, homeland and the mercy of the Savior — what else could have led many thousands of people in front of the tanks to certain destruction?" she concluded.

In a commemorative speech in 2017, Orbán also weighed in on the value of 1956. He greeted Hungarians around the world who were "bowing their heads in honor of the heroes of the 1956 Revolution and freedom fight." He said:

Whatever may come — rain, biting winds, tear gas or mounted police charges — we gather nonetheless. Because wherever in the world we live ... [w]e want to remember that wonderful day in October when an entire people said, "Enough!" and the pillars supporting the communist regime started to shake.

"We want to remember a moment which will always live in the memory of the free nations of the world," the prime minister said.

The resistance of totalitarian communist forces that have infiltrated not only the U.S. government — indeed even the Catholic Church — figure prominently in the minds of many voters this election season and represent a theme President Trump reiterates.

"We are born free, and we will stay free," Trump proclaimed in his 2019 State of the Union address. "Tonight, we renew our resolve that America will never be a socialist country."

At rallies for his re-election, the president has repeatedly vowed that America "will never be a socialist country" while touting post-pandemic, free-market recovery plans.

During his remarks to the people of Poland in Warsaw in 2017, Trump observed (with hope and optimism):

On both sides of the Atlantic, our citizens are confronted by yet another danger — one firmly within our control. This danger is invisible to some but familiar to the Poles: The steady creep of government bureaucracy that drains the vitality and wealth of the people. The West became great not because of paperwork and regulations but because people were allowed to chase their dreams and pursue their destinies.

"I declare today for the world to hear that the West will never ever be broken. Our values will prevail. Our people will thrive. And our civilization will triumph!" the leader of the free world exclaimed. 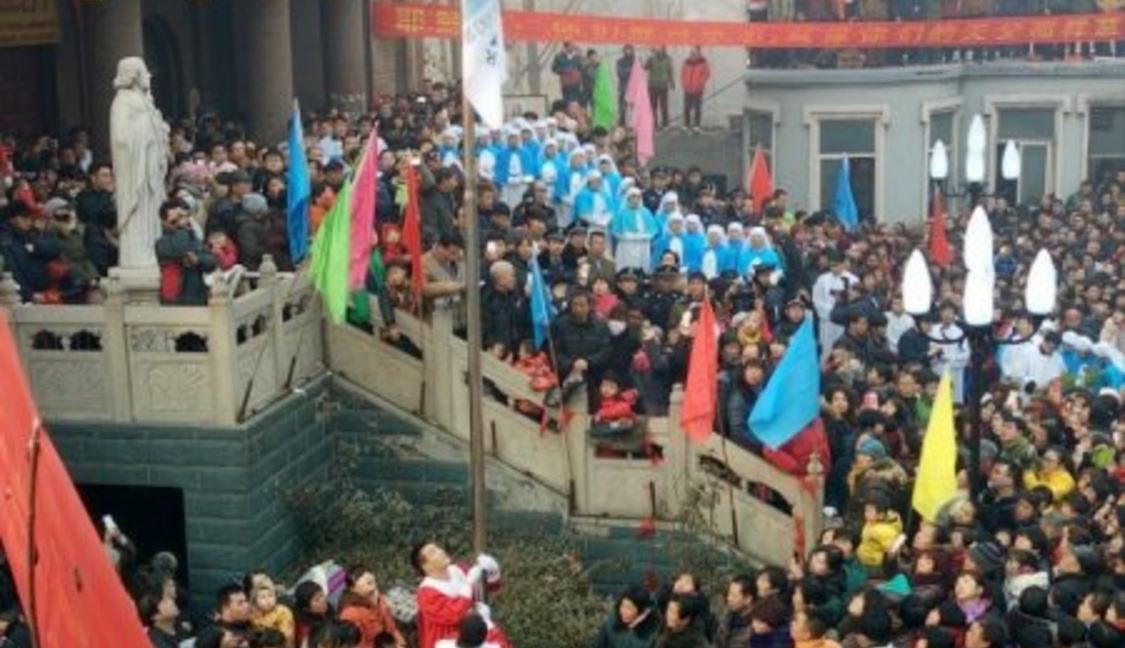