As his pro-Christian, pro-family, pro-Hungarian policies take hold, Orbán and his Fidesz Party ministers are being more commonly seen as key protectors of Christendom.

In a December speech heralded as "a clarion call for European renewal," Orbán stated that the "key" to Hungary's survival over the last 1,100 years was the adoption of Christianity — meaning Catholicism — by Hungarian King St. Stephen.

This was Hungary's "spiritual rebirth and a true conversion," he said.

Since his election to office in 2010, Orbán has worked to build an old-school Christian democracy, rooted in European traditions.

"We believe in the importance of the nation and in Hungary we do not want to yield ground to any supranational business or political empire," he said.

His government has launched a policy action plan making it easier for families to have children and has nearly halted illegal mass-immigration into Hungary by strengthening border controls.

"Liberal democracy had failed to halt immigration, protect Christian culture or strengthen the traditional family of one man and one woman," Orbán has said.

A "mysterious force seals the lips," not only of politicians in the West to this persecution of Christians, but also of most of those in the media, he said, adding that there seems to be an "organized and wide-ranging attack on European culture and civilization."

"(...) in a speech which should be seen as a clarion call for #European renewal, [Viktor #Orbán] stated that the "key" to #Hungary's survival over the last eleven hundred years was the adoption of #Christianity..." https://t.co/9ZC0zuOHcR

Hungary has also launched various initiatives to promote religious freedom as well as ensuring that food, clothing and financial aid reaches persecuted Christians on the ground in the Middle East and Africa.

In November, Orbán's government organized the second International Conference on Christian Persecution in Budapest. Attended by more than 650 participants from 40 countries, it focused on defending beleaguered Christian communities in crisis regions — the most persecuted religious group on the planet — and supporting the return of Christian refugees to their homelands.

Hungary created the State Secretariat for the Aid of Persecuted Christians in 2017 to prioritize the rebuilding of devastated communities that many Christians are forced to flee.

I've received this burnt cross and bullet-ridden holy water jug from Northern #Nigeria. These are pieces of evidence of the persecution #Christians face there. Even during the Christmas rush, we should not forget those who are not able to celebrate freely. pic.twitter.com/XtTZ1NtNsj

"The obvious humanitarian argument is that we're supporting Christians for solidarity, but also because they're the most persecuted religion in the world. This seems like a sweeping political statement but it's founded on research and facts," Azbej added.

Orbán has denounced the EU's migration policies as a 'grave mistake.'

The Hungarian government is also doubling the number of soldiers patrolling its physical borders "in light of increasing migration pressure," Hungary's State Secretary at the Defense Szilárd Németh, said at a recent press conference.

Speaking from a southern Hungary border base, Németh said that in 2019, the number of illegal entrants had grown almost tenfold reaching 3,299. He added that the authorities expected that number to grow further.

Deputy commander of the Hungarian Army Gábor Böröndi said that the number of soldiers in the border control mission would increase from 50 to 100 at the start of 2020, adding the measure would be in force "as long as necessary." Drones and helicopters are also deployed in reconnaissance, he said.

https://t.co/efgG2Plxrj#Hungary to double border troops over increased migrant activity.
This why #Orban is great leader. He takes preventive action to control events, instead of allowing events (or actions of the masses) to control Hungary.#EU needs lessons from #Visegrad pic.twitter.com/p3rRTw8Zif

Illegal migration has been on the rise across Europe, especially on the Serbian and Romanian border sections, a Hungarian news brief reported. The influx has been furthered by the European Union's (EU's) Schengen Agreement, which officially abolished internal border controls, including passports.

Orbán has traced much of the Christian persecution and decline to failed immigration policies, saying:

Immigration is a key issue for Europe. Not only today, this year or the next, but for decades. It defines European politics and relations between European countries. In the Western countries to which they have been admitted, the Muslim population is growing year by year, and the Christian population is declining.

Orbán has denounced the EU's migration policies as a "grave mistake." 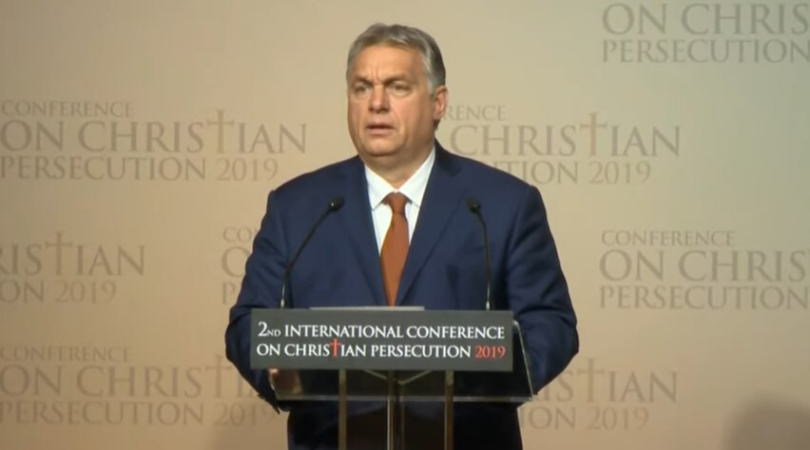 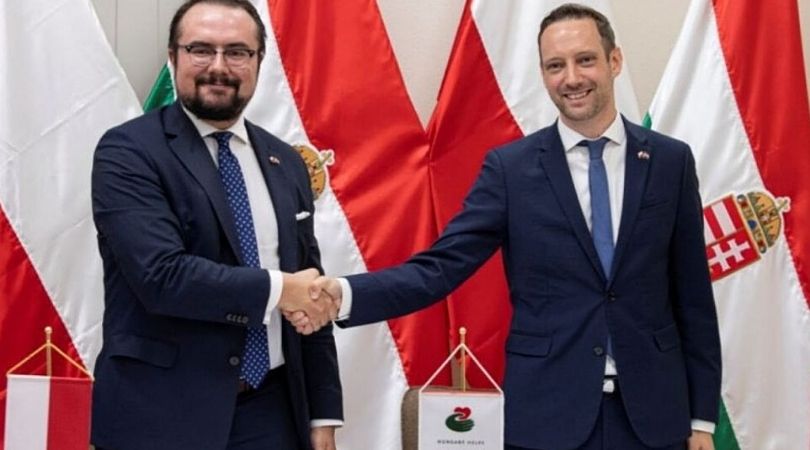