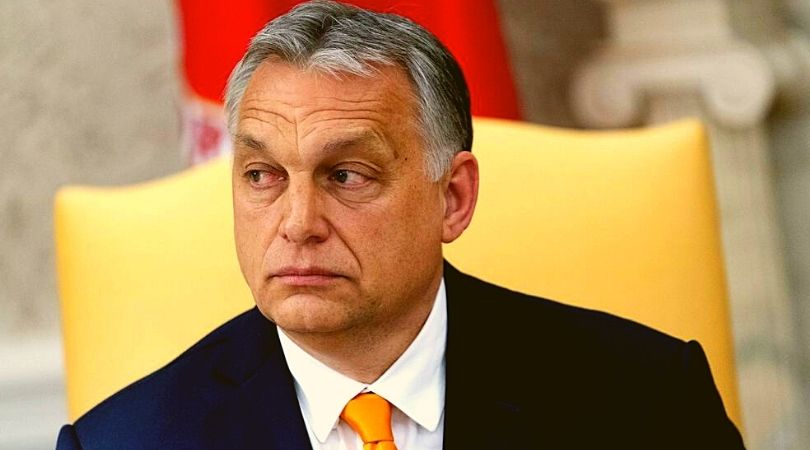 BUDAPEST, Hungary (ChurchMilitant.com) -  Hungary is fielding new attacks by globalists who blame the country for the European Union's (EU's) "broken refugee system" and a recent fire at the continent's largest migrant camp.

In a Sept. 11 op-ed titled "Moria Is All of Europe's Fault," Bloomberg columnist Andreas Kluth lambasted the EU, saying its broken system is "responsible" for the massive fire at the Moria migrant camp on the Greek island of Lesbos. Kluth targeted Hungary and its conservative prime minister, Viktor Orbán, in particular, in his article regarding the destruction of the camp on Wednesday.

Kluth claimed that however the fires started, or whoever started them, "Europe — from Brussels to Berlin, Budapest, Warsaw and Athens — is responsible for this tragedy."

While not explicitly citing a cause for the blaze, he conjectured:

It could have been the desperate migrants, dwelling in cramped tents without clean toilets and forced by COVID-19 to "quarantine," whatever that may mean in such conditions. It could have been local Greeks, who resent what they see as a slum that sullies their beautiful island. Or the fires could have flared all by themselves, because in such a wretched place, bad things are just bound to happen.

But, he ultimately concluded, European member states have tried to turn the "pull factor [taking in migrants] into a push factor by making the existence of refugees like those in Moria as unpleasant as possible and just short of legally inhumane."

"In effect, they're sabotaging the EU" he explained, and the way to fix the broken refugee system that caused the fire is to "strong-arm" Orbán and "his copycats in the nationalist government of Poland" into accepting their fair share of migrants.

Rajmund Fekete, a representative for Hungary's Public Relations Office, disagreed. Fekete told Church Militant Wednesday that inflammatory, so-called journalism like Kluth's may itself be responsible for such tragedies.

Fekete's comment echoes a tweet Secretary of State for Public Diplomacy and Relations Zoltán Kovács sent out in response to Kluth's attack. "Perhaps 'journalism' like [Kluth's] is to blame for the tragedy at the Moria camp," Kovács shot back.

The Hungarian diplomat also countered Kluth's assertion in the article that "open borders" is "a human right." Kovács responded tersely, "It's not."

Hungary has remained steadfast in its protection of Hungarian culture and history — and Christianity — by resisting the EU's demands for it to open its borders and take in "its share" of migrants. It has consistently opposed the "Soros plan" that seeks to flood the continent with 1 million immigrants per year, distributed among the member EU states.

The uncontrolled influx destroys Europe and it doesn't even help the migrants. It's better for everyone to stay in their own territory.

Speaking to the Hungarian parliament in 2015, Orbán said that the EU plan to force member countries to take a compulsory quota of migrants is unlawful and predicted it would "spread terrorism around Europe." "As long as this government breathes, there will be no quotas and we will not take in any refugees," the prime minister vowed.

In 2016, Orbán reiterated this position. He said that the EU was "destroying" the continent by forcing mass-Muslim immigration onto member states, creating segregated societies and parallel legal systems.

"The uncontrolled influx destroys Europe and it doesn't even help the migrants. It's better for everyone to stay in their own territory," he insisted.

Helping potential migrants stay in or move back to their homelands has been a major goal of Orbán's government.

His government created the State Secretariat for the Aid of Persecuted Christians in 2017 that is committed to relocating to their homeland refugees displaced by persecution and war.

A man and a woman from a German NGO, along with Afghans and Arabs, were causing fires near the tents.

"We, Hungarians, want [the dislocated] to be able to return home to the land that their ancestors have inhabited for hundreds of years as soon as possible," the prime minister said during an international conference on persecuted Christians in Budapest.

Kluth's blaming Hungary and resisting EU states for the fire are further belied by the revelations of a German journalist on-site in Lesbos.

Rebecca Somer, in a recent telephone interview with the German online magazine Tichys Einblick spoke about the "suspicious role of some non-governmental organizations" (NGOs) on the island, about "the behavior of illegal immigrants towards the inhabitants of the island" and about "how the arson of the migrant camp was organized."

Somer alleged to have seen a video in which it appeared that there were several outbreaks of fire that erupted through the Moria camp simultaneously." The journalist also cites reports "that a man and a woman from a German NGO, along with Afghans and Arabs, were causing fires near the tents."

In the interview, she referred to illegal migrants being informed in advance to pack up and leave and the "obstruction of the fire brigade to carry out their work."

But Kluth insisted "fires such as Moria's are inevitable" because "Europe implicitly wants them to be."