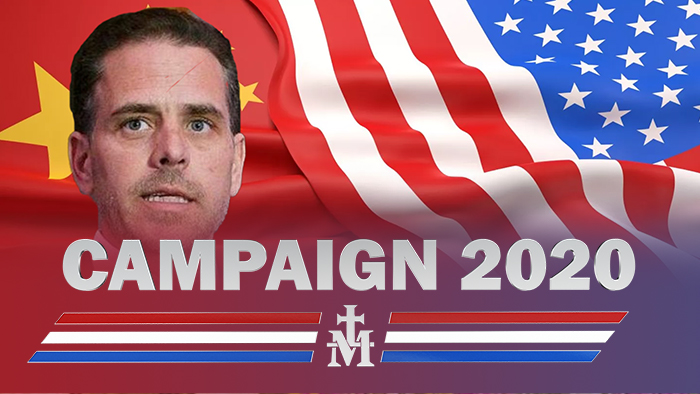 In 2018, Dr. Patrick Ho was found guilty of violating the Foreign Corrupt Practices Act and sentenced to three years in federal prison. He'd been caught giving millions of dollars in bribes to foreign leaders in an effort to benefit CEFC, a multi-billion-dollar energy conglomerate backed by Communist China.

Ho's attorney? None other than Hunter Biden.

A contract found on Hunter's laptop shows Hunter Biden agreed to legally represent Dr. Patrick Ho, with compensation set at $1 million. That's on top of the $10 million a year Hunter got from CEFC for "introductions alone."

Steve Bannon: "Everything is wrapped around monetizing access to Joe Biden."

Leaked audio of Hunter: "I have another New York Times reporter calling about my representation of Patrick Ho, the f****** spy chief of China ... ."

The U.S. government also suspected Ho was working for the enemy, issuing a FISA warrant to surveil Ho's activities, leading to his 2018 indictment and eventual imprisonment.

The FBI last week confirmed Hunter Biden was part of an active and ongoing investigation into money laundering, likely linked to his business dealings with Ho and CEFC.

Now the Trump campaign wants to know how much Joe Biden knew, and when he knew it.

Tony Bobulinski: "They all know the facts. I lived the facts. And luckily for the American people, the facts are extremely well documented."

Tony Bobulinski, former business partner of Hunter, is an eyewitness to his dealings with Communist China. Most importantly, he confirms personal knowledge of Hunter's activities and that his name was being used to secure multi-million-dollar contracts while he was vice president.

Tony Bobulinski: "The only thing he had was the Biden family name .and the fact that his father was the sitting vice president and would potentially run as the future president."

Meanwhile, the media blackout continues, even as it helps Biden peddle a discredited narrative.

But the former mayor of New York, instrumental in exposing the contents of Hunter's laptop, says Biden is a liar.

Rudy Giuliani: "You couldn’t find some bum in Washington to do this for you? You had to use your son and ruin his life? And you want to be president of our country?"

The Chinese Communists have feathered Biden's nest for decades. If he wins the White House, it's a virtual certainty they will come calling for payback — something that would be a serious threat to American national security.