If Only the Left Would Fight Fair 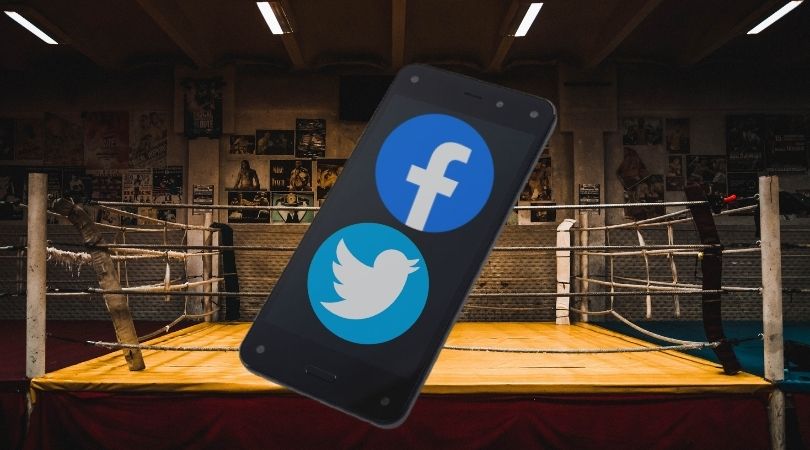 Throwing a punch at left-wing disinformation

One morning while washing down my toast and jam, I opened up my laptop. One of the emails forwarded to me by a friend was a tweet for the day from Fr. James Martin, S.J.: "Great news. As the pope said to the Slovakian Jesuits, we must treat 'homosexual couples' with 'pastoral care.'"

Really Fr. James, give it up already! I, as one man and as a priest, have had enough of your pontificating about care for homosexuals. The supposed "care" for men and women with same-sex attraction is not a corporal work of mercy. Don't make out like it is.

Secondly, Fr. Martin: It is one thing for Pope Francis to say to treat individuals with same-sex attraction with respect and care as individuals made in the image and likeness of the Almighty. It's a whole different thing to insinuate the pope's comment about "pastoral care" amounts to approbation for being gay and all that being gay entails in our culture these days.

Your premise for your tweet is just ludicrous! Pope Francis did not say in any way whatsoever that gay hookups and sexual contact between individuals of the same sex is just fine, "pastorally" speaking.

Great news. As the Pope said to the Slovakian Jesuits, we must treat "homosexual couples" with "pastoral care." https://t.co/8AnU6bqVUU

By the by, Fr. Martin: What I understand as a priest for more than 22 years — and as a pastor for over a dozen — is that the Holy Father means that, for those who are same-sex attracted, priests should offer respect and understanding for their person. "Pastoral care" provided by the priest, the individuals' pastor, does not mean the priest should ignore the sinful inclinations of his parishioners — not ever.

Imagine: A good man who is regular with receiving the Church's sacraments comes to his pastor enraged because he has discovered his wife of a dozen years has cheated on him with a friend. Should a pastor give license for him to seek revenge? Never!

Pope Francis did not say ... gay hookups and sexual contact between individuals of the same sex is just fine, 'pastorally' speaking.

What "pastoral care" really means is encouragement to refrain from all sin, and when parishioners do fall, to steer them immediately to the sacrament of reconciliation. Enough said about Fr. Martin and his tweets. (Sometimes I wonder if Martin gets paid by the Left for promoting its agenda.)

Incidentally, I have been doing some writing — mostly on various theological themes, like my reflection on our Blessed Mother. In the past, I have submitted articles to Fr. Martin and America Magazine, but for some reason, he and the rest of his editorial crew never responds to my emails. Maybe they disapprove of my writing style. Perhaps it's the subject matter. Or perhaps it's because I focus on truth. Go figure.

Speaking of distortion in service of an agenda, it's been three years since my notoriety for "burning a gay flag." Church Militant readers know the truth: I didn't burn a gay flag but rather gave permission to a small group of Resurrection parishioners to get rid of a rather tacky, poorly made, moldy banner that my predecessor had made to promote homosexuality. That happened somewhat before the whole gay-flag thing became commonplace.

For parishioners, who were still reeling from the Summer of Shame, the banner's reduction to ash was their way to put a final end to Fr. Daniel Montalbano's financial and spiritual rape of the parish. After Montalbano's death, most parishioners breathed a great sigh of relief because he was dead, and his repeated attempts to make Resurrection Parish into another St. Sebastian Parish on Halsted was over.

Vortex: A Priest in Hiding

Saint Sebastian on Halsted Steet — in the heart of Chicago's Boystown — burned down in 1989 in a spectacular fire. Montalbano was the pastor of St. Sebastian at the time. The fire was reported to have been started by faulty electrical wires, and it consumed St. Sebastian's almost completely.

At the time, many Chicagoans like myself viewed the fire as some sort of a sign from God, indicating what He thought about the Dignity Masses that had been held there for years with the approbation of Cdl. Joseph Bernardin and St. Sebastian's then-pastor Montalbano.

Parishioners at Resurrection Parish almost 30 years later — in their offering of prayers of deliverance, recitation of a Rosary and the burning of Montalbano's pro-gay banner — finally were able to put to a total end by outsiders the push to make their parish gay against their voiced opposition.

For most Church Militant readers, this description of what played out in September of 2018 at Resurrection Parish is probably much different from what you heard or read. In the immediate aftermath of the burning of Montalbano's banner on Sept. 14, 2018, Democratic Alderman Deborah Mell and other members of the Left quickly rewrote what had transpired to suit their own purposes. Forgotten were the parishioners or their rights.

Looking back, the internet B.S. concerning the rainbow-banner burning remains laughable! Take this one line, as published in Pink News, which is just laugh-out-loud funny: "'We can confirm that the pastor has agreed not to move forward with these activities,' the archdiocese's communications director, Anne Mascelli, told Chicago-based LGBT+ newspaper Windy Times."

Anne Mascelli is one of many, flash-in-the-pan PR people Cdl. Blase Cupich has used over the past few years. On the one hand, I have never, ever in my life spoken to her! But, on the other hand, apparently I did, from what Pink News claims. But then again, Pink News alleges that Mascelli talked to the Cadillac of all journalistic enterprises, the Windy Times, on my behalf. It's laughable what suffices for print journalism these days.

Considering how the Left does not permit a man to defend himself — or throw out even a punch! — take this vintage 2018 post on the affairs of Resurrection Parish, of which I was pastor. This article was published by a North Side Chicago mom-and-pop outfit called the Patch, which tragically and unashamedly puts out material that discredits and libels people like me. Maybe, though, they don't really care because they have so few readers. For the record — just to clarify — the writer of the Patch article, Geoff Dempsey, never, ever spoke to me, not even once. It takes your breath away how people will comment about a person whom they have never met, without even taking a moment to check out the veracity of what is being bantered about.

Ponder this sentence he wrote, as printed in his article "Church Should Ax 'Hateful Bigot' Priest: Chicago Official." Ponder Dempsey's comment used to justify Deb Mell's actions to remove me from my pastorate of over a dozen years: "But, as NPR reported, researchers have found 'no evidence of a link' between sexual abuse and sexual orientation." What exactly, Mr. Dempsey, did you mean by "link?" Chromosomal or statistical?

You have to have some chutzpah to attack a long-established pastor despite my having been the victim multiple times of homosexual predation.

Catholic bishops' own study of the problem contained the "link" you were supposedly looking for. Yet you publish this nonsense as some sort of justification for why an elected official, the former Chicago Alderman Deb Mell, goes after a duly appointed pastor of a parish with 800 families within her ward. (This proved to be an obtuse move on Deb Mell's part, as she lost the ward in the spring election of 2019.)

Mr. Dempsey, you have some chutzpah to attack a long-established pastor despite my having been the victim multiple times of homosexual predation. But that's of no concern when you have a narrative to preserve, no matter the cost. 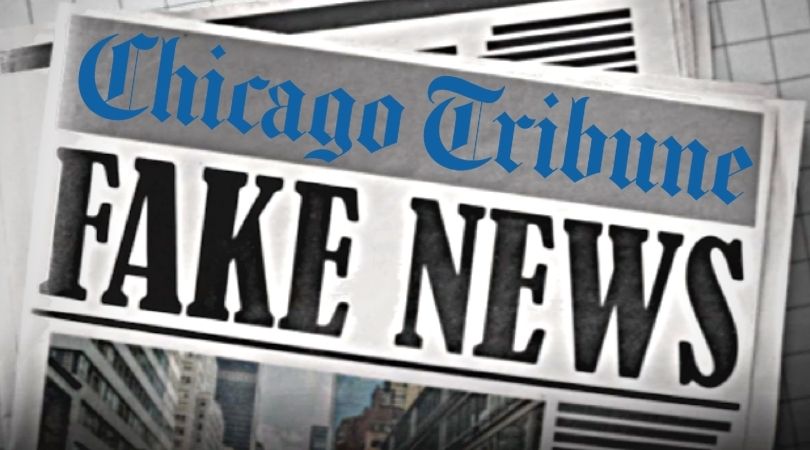 Losing a Customer
By Church Militant   •   0 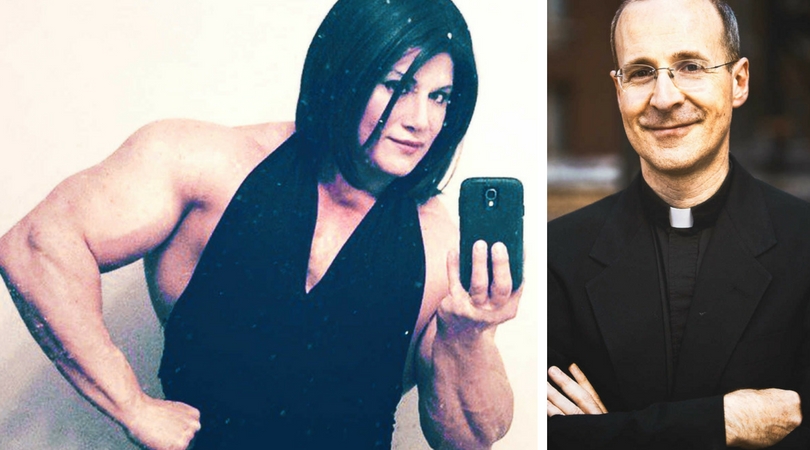