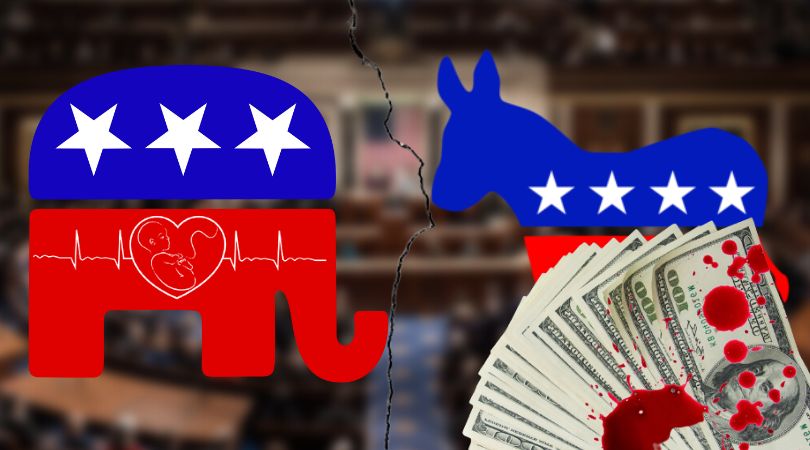 WASHINGTON (ChurchMilitant.com) - GOP congressmen are pushing back against U.S. immigration officials who are reportedly moving illegal immigrants across state lines to receive abortions.

The Republican representatives pressed that abortion is not health care and demanded federal funding not be used to promote baby murder.

"Abortion is not health care: It kills unborn children and harms their mothers. Federal taxpayer dollars should not be used to transport illegal aliens for abortions or otherwise facilitate abortions," they insisted.

Traveling across state lines to pro-abortion states on U.S. highways puts illegals at risk of being deported.

The letter comes in the wake of The Wall Street Journal (WSJ) reporting last week that the U.S. Immigration and Customs Enforcement (ICE) has drafted a memorandum directing immigration holding centers to help pregnant women in custody receive abortions on the taxpayer's dime.

Noting the WSJ's report on interstate, federally-funded abortion transportation, the GOP lawmakers insisted "using federal resources to transport minors across state lines for abortions or otherwise providing or facilitating abortions for illegal aliens in DHS or HHS custody is unacceptable and must be stopped."

The leaked memo reportedly uncovered by the WSJ claims it is "pursuant to ICE policy" to cover the transportation of pregnant women across state lines to help them receive abortions.

In early July, Reuters published a piece that accused U.S. officials working with the HHS of "flying or driving [unaccompanied alien] minors from Texas shelters to other states for abortions."

The Reuters report noted a national abortion aid hotline has had an increase in calls from illegal immigrants trying to receive abortions after Roe v. Wade was overturned.

Abortion is not health care.

Traveling across state lines to pro-abortion states on U.S. highways puts illegals at risk of being deported by Customs and Border Protection (UCB), Reuters claimed.

The UCB currently operates 110 checkpoints on roads near U.S. borders. Lupe Rodriguez, the executive director of the pro-abortion, pro-illegal National Latina Institute for Reproductive Justice, observed the UCB's network of checkpoints makes it "virtually impossible" for noncitizens living in pro-life Southern states to get abortions.

Biggs explained his frustration with the federal aid being used to provide abortions for these illegal aliens.

"This outrageous use of federal resources to transport minors across state lines for abortions or otherwise providing or facilitating abortions in DHS or HHS custody is a heinous act and must be stopped," the representative asserted in a statement.

Biggs called on the DHS and HHS secretaries, Alejandro Mayorkas and Xavier Becerra, respectively, to "immediately cease this conduct and provide us a thorough explanation of why this callous practice began in the first place."

"Democrats' abortion agenda, which allows for taxpayer-funded elective abortions until the moment of birth, is extreme and must be reined in," Carter told the Daily Caller.

Democrats in the nation's capital have expressed frustration with illegal immigrants flooding into their districts. The Washington Examiner reported over 150 buses containing nearly 6,000 illegal aliens have traveled from Arizona and Texas to Washington, D.C. to release the migrants.

Governor Greg Abbott, R-Texas, kicked off the operation in April in a push to show D.C. Democrats just how impactful the southern illegal immigration problem can be on local communities.

A group of the majority-Democrat D.C. city council members urged the mayor, Democrat Muriel Bowser, to provide more resources to aid in the illegal immigration surge.

"After three months with no direct support from the District government … [and] the number of buses arriving every day increasing rapidly, we encourage you to mobilize your administration to coordinate with other jurisdictions in the region to step in and assist with the response," the council members wrote in a letter to Bowser.

Bowser remarked the illegal alien buses created a "very significant issue" in D.C. and called on the federal government to carry out a "coordinated federal response."