SPRINGFIELD, Il. (ChurchMilitant.com) -Bishop Thomas Paprocki, head of the diocese of Springfield, Illinois, is calling out the gay lobby in the Church.

In a decree dated June 12, 2017, and titled, "Decree Regarding Same-sex 'Marriage' and Related Pastoral Issues," Paprocki declared that clergy or representatives of the diocese cannot bless so-called same-sex unions or provide church facilities or objects for events connected to gay weddings. He further asserted that people in same-sex sexual relationships cannot present themselves for Holy Communion, serve any ministerial role in a parish, and if they die unrepentant, they cannot have Catholic funerals.

After being attacked by many self-proclaimed Catholics, including popular homosexualist Jesuit Fr. James Martin, Paprocki doubled down, clearing up confusion cast by Martin.

In his July 9 letter, Paprocki noted, "The fact that there would be such an outcry against this decree is quite astounding and shows how strong the LGBT lobby is both in the secular world, as well as within the church."

He noted the decree is "totally consistent with Catholic teaching about the sacraments and the understanding of marriage as between one man and one woman that has prevailed for millennia in all of society, not just in the church."

The bishop also addresses the criticisms of Fr. Martin, saying "he gets a lot wrong."

Paprocki noted there is a difference in church law between people who commit sins of a private nature, like those who use birth control and those who are "manifest sinners" who give "public scandal" such as those who have public, legal status in same-sex marriages.

He addressed other situations in which "manifest sinners" cannot present themselves for Holy Communion without repentance and reception of the sacrament of Confession such as:

In response to Paprocki's letter, Bp. Patrick McGrath, the pro-homosexual head of the diocese of San Jose, California, wrote, "We will not refuse sacraments or Christian Burial to anyone who requests them in good faith." It goes on, "Finally, let us remember and be guided by the words of Pope Francis, 'The Eucharist is not a prize for the perfect but a powerful medicine and nourishment for the weak.'"

Paprocki is one of the only U.S. Catholic bishops to express the existence of a "gay lobby" in the Church and to issue directives to priests and diocesan representatives to have nothing to do same-sex weddings.

He finishes his letter by affirming, "The truths of the Faith revealed by Our Lord in Scripture and Tradition are not always easy to accept, especially in a world that seeks to make all truth subjective. The fact is that some truths are objective and unalterable." 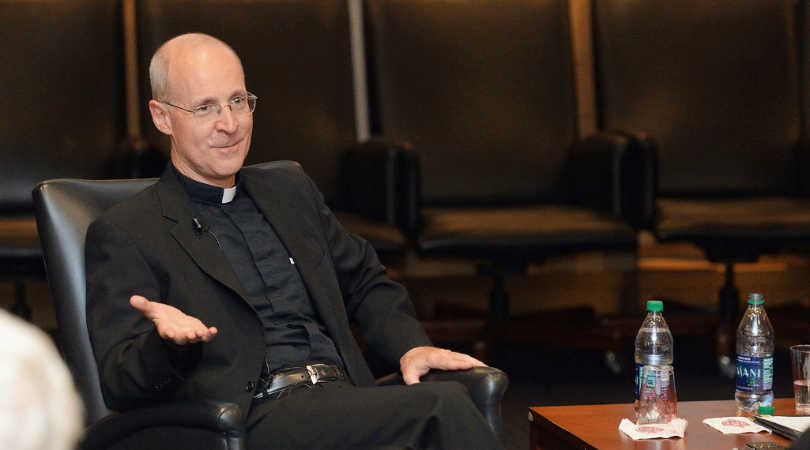