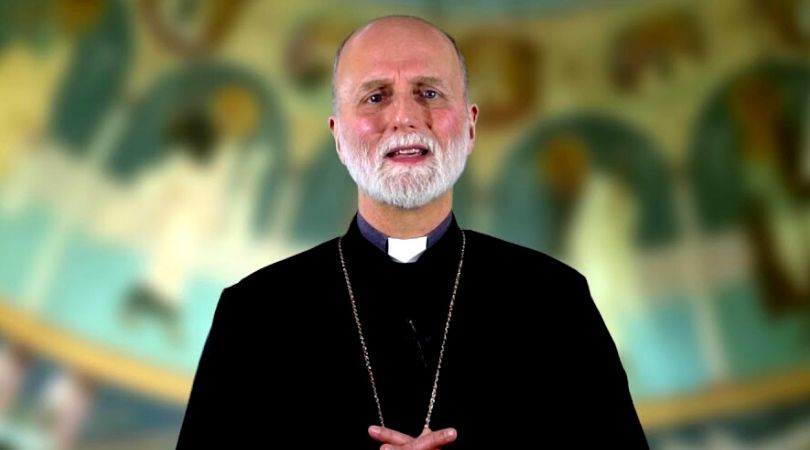 Alleged to 'lie about immigration, remain silent on sodomy'

PHILADELPHIA (ChurchMilitant.com) - The Ukrainian archbishop of Philadelphia is being accused of lying about immigration, supporting the homosexual agenda at a Catholic Ukrainian university and keeping the company of American cardinals whose public moral ledger is riddled with sexual and financial scandals.

A whistleblower priest working at a high level in the chancery office in the Ukranian Catholic archparchy (diocese in Latin) has questioned Metropolitan Borys Gudziak's alleged normalization of acts considered sinful in Catholic teaching and misdirection of his flock.

The priest points to Gudziak's claims, published recently, that 60% of the parishioners of the Philadelphia archeparchy of the Ukrainian Greek Catholic Church are recent immigrants fleeing the conflict in Ukraine.

According to the priest, this estimate is a "most troubling lie."

"Our entire archeparchy only has a little less than 7,000 parishioners" [which means] "the entire archeparchy contains fewer people than a single relatively large Roman Catholic parish," he says. "These are the same people that have been here long before the Putin invasion war began in 2014."

The priest says: "Close to [zero] people from Ukraine have 'fled to America' to get away from the conflict," adding, "I have never met one."

The priest questions if special focus on pastoral care of immigrants promotes 'false teachings about immigration,' the 'right to somebody's home' and seeking funds from the government.

"The bishop can make such a claim because there are no numbers in print to support it — show us the numbers," he says.

Showing special concern for immigrants — "NOT the people who already live in the archeparchy"— divides people as does the archbishop's often addressing his flock in Ukrainian when many of them have been in the United States for five generations, he says. "Language is being used as a weapon."

The priest questions if special focus on "the pastoral care of immigrants" helps promote "false teachings about immigration," the "right to somebody's home" and seeking funds from the government.

Gudziak, serving also as president of Catholic University in Lviv, Ukraine (UCU), "is deathly silent on an active homosexual professor in 'his' university," according to the whistleblower. An article in Crisis magazine corroborates the priest's information reporting on a UCU "instructor who flaunted his homosexuality" and Gudziak's remaining silent on numerous complaints that the chief development officer of the Ukrainian Catholic Educational Foundation had declared "the Church is wrong" and that "homosexual marriage is natural and should be permitted."

Many, who according to the priest "are too afraid of retribution or delays in their retirement to speak out," are troubled by the archbishop's choice of friends. He says that Gudziak has announced several times "my best friends in the American Episcopacy are Cdls. Timothy Dolan and Joseph Tobin."

The announcements have occurred in various contexts including an address to all priests of the diocese in May prior to the installation ceremony, at a "sobor" [meeting] in October in the cathedral hall as well as at informal gatherings.

Confirmation of the "friendship" can be seen in videos of the archbishop's installment ceremony, where Dolan and Tobin figure prominently in front of Jesus Christ on the iconostasis of the Cathedral of the Immaculate Conception in Philadelphia.

As archbishop of Milwaukee, Dolan shielded funds in the amount of $57 million from victims raped and abused as children by clergy by seeking fast approval from the Vatican to transfer the money just as the Wisconsin Supreme Court was about to open the door to damage suits. He has supported gay participation in New York's St. Patrick's Day Parade, refused to excommunicate New York Gov. Andrew Cuomo for his radical stances on abortion and has failed to side with Church teaching about refusing to administer Holy Eucharist for those who publically support abortion or same-sex "marriage."

In 2019, Tobin failed to address more than 100 retirees who claim they lost their pensions due to financial mismanagement and assets removed by the archdiocese of Newark. Tobin hired a radical LGBTQ leader as senior associate for operations in the archdiocese of Newark and housed a young Italian actor and model, believed to be the intended recipient of Tobin's "nighty-night, baby. I love you" tweet, in his rectory.

The priest added that Gudziak often expresses freely in informal settings that he "hates President Donald Trump" when "a sense of political neutrality and focus on spiritual matters would be in order." The archbishop has been noted to criticize "vulgar political discourse" that some have interpreted as camouflaged digs at President Trump.

The whistleblower priest quoted Saint John Vianney who said: "You cannot please both God and the world at the same time. They are utterly opposed to each other in their thoughts, their desires and their actions." 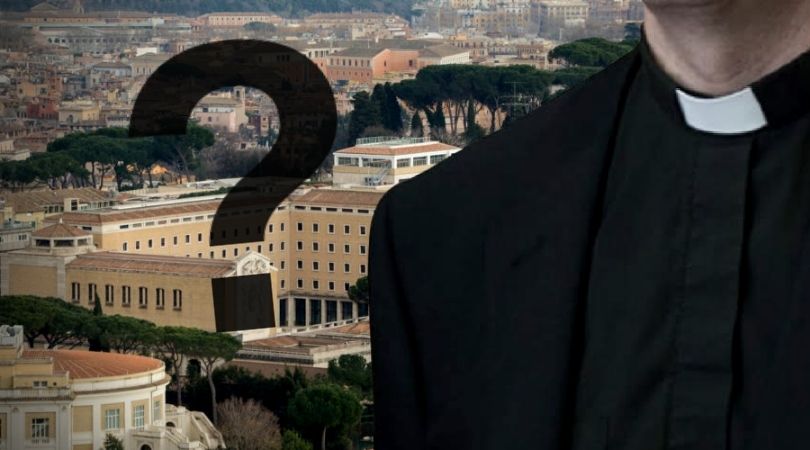