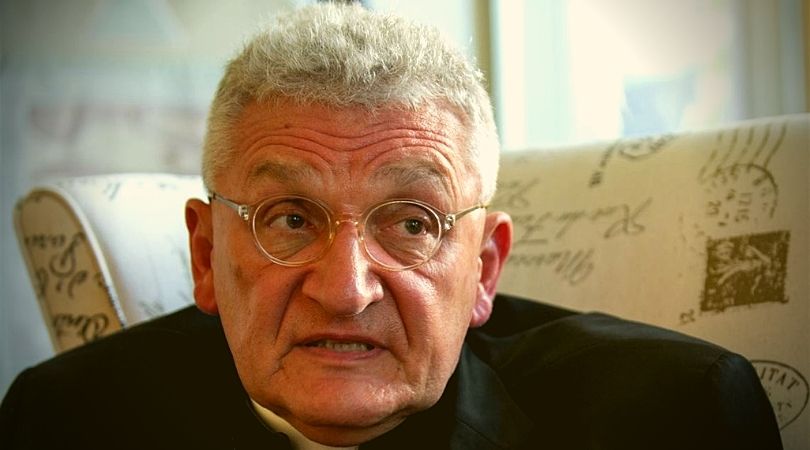 PITTSBURGH (ChurchMilitant.com) - Catholics in the beleaguered diocese of Pittsburgh are bracing for a new round of parish closures — the latest marker in a dramatic implosion connected to decades of sex abuse and cover-up.

In a Nov. 28 statement, Bp. David Zubik announced a series of mergers that will reduce the number of parishes from 107 to 81. The consolidations will be finalized Jan. 4, 2021.

"This is a pivotal time for our diocese as we plan for the future of the Church of Pittsburgh," Zubik said. "Southwestern Pennsylvania is radically different than it was 100, 50, 20, even 10 years ago, yet the work of the Church and our call from God to bring His love to everyone continues as strong as ever."

But some are questioning the bishop's claim that the work of the Church in Pittsburgh is "as strong as ever," noting that last week's announcement is just the latest indicator of collapse.

For the past several years, chancery officials have been steering the decline of the diocese under a strategic plan branded "On Mission for the Church Alive." At the time of its launch, there were 188 parishes in Pittsburgh. By the time the plan is complete, the diocese reportedly will be home to just 48 parishes — a retrenchment of almost 75%.

Other statistics confirm the collapse of the diocese.

The 880-page Pennsylvania grand jury report ... revealed that of more than 300 priests identified as predators, at least 90 — nearly one-third of the total — were from Pittsburgh.

In 2017, diocesan authorities admitted the number of Pittsburgh priests was estimated to plummet by almost half — from 211 to 112 — by 2025.

Since 2000, enrollment in area Catholic schools has fallen by 50%. Since 1990, Mass attendance has declined by more than 50%. Since 1980, the number of Pittsburgh Catholics has been slashed by one-third.

An Epicenter of Scandal

The crumbling of the one-time Catholic powerhouse comes against the backdrop of a massive sex abuse cover-up scandal.

In 2018, the diocese of Pittsburgh was outed as ground zero of Pennsylvania's decades-long epidemic of clerical sex abuse. The 880-page Pennsylvania grand jury report, released in August of that year, revealed that of more than 300 priests identified as predators, at least 90 — nearly one-third of the total — were from Pittsburgh.

The report detailed how, as part of diocesan authorities' approach to abuse allegations:

When confronted with these findings, Zubik insisted no cover-up had occurred during his time as bishop (2007–present) or during the 1988–2006 tenure of his predecessor, disgraced cardinal Donald Wuerl.

In an August 2018 interview with Fox News' Bret Baier, the bishop persisted with his denials. "Bret, let me say that there was no cover-up," he said.

Zubik then attempted to "correct" the grand jury's findings.

"Because there were so many reports after the grand jury report came out about there being a cover-up, I felt that it was important that we needed to be able to share with people information that showed that not to be true," he said, noting that "in the grand jury report ... there is, in fact, a response from the diocese of Pittsburgh that corrects misinformation."

But the diocese's response didn't "correct misinformation," as the bishop asserted. It merely attempted — weakly, many analysts observed — to poke holes in the grand jury's findings.

Priests were raping little boys and girls and the men of God who were responsible for them not only did nothing: They hid it all.

Likewise, in the case of predator priest Fr. Ernest Paone, the report described Wuerl approving Paone's transfer to Nevada, despite knowing the priest's history of abuse. In its response, the diocese maintained Wuerl and Zubik were unaware of Paone's history of molestation, suggesting his file had been "misplaced."

Five months after Zubik's televised denials, it emerged that Wuerl, through his silence, had covered for former cardinal Theodore McCarrick — Wuerl's predecessor as archbishop of Washington — whose longstanding pattern of homosexual predation was exposed in June 2018.

The Roots of Ruin

As is the case with diocese after diocese in the United States, the rot in Pittsburgh stretches back decades.

Iron-fisted liberal John Dearden — a future cardinal — oversaw the diocese from 1950–1958. In his eight years at Pittsburgh's helm, Dearden laid the groundwork for liberalism. In 1952, he caused a stir by issuing new guidelines for interfaith marriages, decreeing that marriages between Catholics and non-Catholics could take place in churches. From Pittsburgh, Dearden went on to rule over the archdiocese of Detroit, where he became the first U.S. prelate to ram through theological and liturgical abuses in the name of "the spirit of Vatican II."

Dearden's successor in Pittsburgh, John J. Wright, ruled the diocese from 1959–1969. During his tenure, Wright expanded the roots of ruin through his tolerance of homosexual clergy.

In his 2018 article "Double Lives: The Peril of Clerical Hypocrisy," author Kenneth L. Woodward noted that "like McCarrick," Wright "was the subject of numerous stories about his own sexuality."

"Again," Woodward wrote, "these came mostly from former seminarians and priests of the Pittsburgh diocese, which had a reputation during Wright's decade there as a haven for actively gay clerics."

"That was especially true of the Pittsburgh Oratory, which Wright founded in 1961 as a religious center ministering to Catholic students attending the city's secular universities," he observed.

Likewise, investigative journalist George Neumayr has described Wright as "one of the godfathers of a high-living, dilettantish gay mafia within the Church, which not even in-the-know writers from the liberal Catholic media dispute these days."

According to researcher and author Randy Engel, Wright's tolerance of homosexuality was a matter of self-interest. "Wright's pederastic predilections were an 'open secret,'" Engel writes.

Wright accuser Bill Burnett, for example, alleges the bishop handed him a $20 bill each time the young man was forcibly sodomized.

Wright chose as his personal secretary young Pittsburgh priest (and future cardinal) Fr. Donald Wuerl. After the bishop was named head of the Congregation for the Clergy in 1969, Wright took Wuerl with him to Rome, where the two moved in together, sharing a posh fifth-floor apartment.

By the time of Wright's departure from Pittsburgh, rot had set into the diocese, owing to the flourishing homosexual subculture among the clergy, the burgeoning but still unseen sex abuse crisis and growing liturgical and theological mayhem.

"The life and career of John Cardinal Wright" one blogger has noted, "is a perfect example of how a sexually active homosexual priest or bishop can rise to the top and stay there — an entrenched, protective brotherhood ... and a tacit understanding that whistleblowing is a career killer."

By the time of Wright's departure from Pittsburgh, rot had set into the diocese.

"Jesus never promised that it would be easy to carry his message of love and mercy to others," Zubik said. "He was clear that sacrifice would be necessary."

But for many faithful observers, the bishop's words fell flat.