In Spite of Supreme Court Loss, Trump Team Forges On 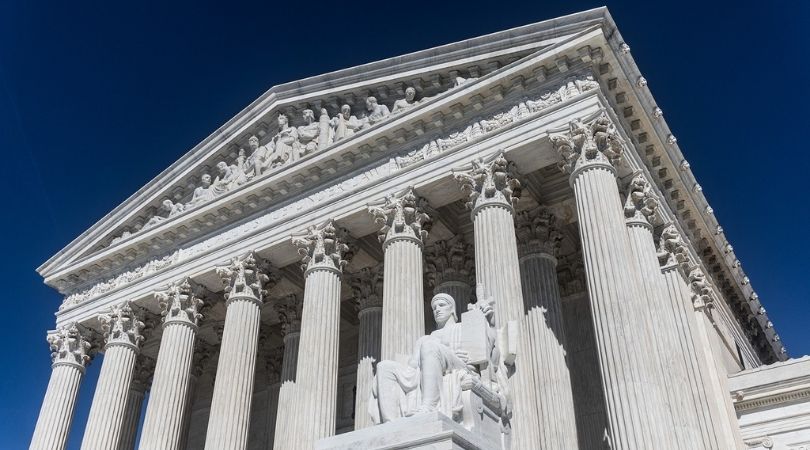 WASHINGTON (ChurchMilitant.com) - After the U.S. Supreme Court rejected Texas' bid to sue four contested states, the Trump team and others fighting against election fraud show no signs of quitting.

Last night Attorney Sidney Powell announced she was filing emergency petitions in the High Court for Georgia, Michigan, Arizona and Wisconsin. Significantly, she said the plaintiffs have standing.

Pay attention! We made emergency filings in #SupremeCourt tonight for #Georgia & #Michigan. Will be filing #Arizona #Wisconsin shortly. These cases raise constitutional issues and prove massive #fraud.
Our plaintiffs have #standing #WeThePeople will not allow #rigged elections https://t.co/AfvQ3h40u0

Lack of standing was the reason Texas' lawsuit was thrown out. The short Supreme Court order stated:

The State of Texas' motion for leave to file a bill of complaint is denied for lack of standing under Article III of the Constitution. Texas has not demonstrated a judicially cognizable interest in the manner in which another State conducts its elections. All other pending motions are dismissed as moot.

While Justices Samuel Alito and Clarence Thomas would have allowed Texas to file its bill of complaint, they made clear they would "not grant other relief," going on to note, "I express no view on any other issue."

That last line has some worried, as it may indicate the case — had it been heard on the merits and not simply dismissed for lack of standing — may have carried weight with some of the conservative justices.

Multiple media outlets erroneously reported that the High Court had dismissed Kelly, when in fact it merely denied injunctive relief.

"All that happened is we were not granted temporary injunctive relief," Kelly told The Epoch Times. "The case is still alive and well."

The Kelly case is being brought by several electors from the state of Pennsylvania, including U.S. Rep. Mike Kelly, and challenges the constitutionality of Act 77. The plaintiffs argue that Act 77 works to amend the Pennsylvania Constitution while unlawfully bypassing the amendment process.

They also argue that the Pennsylvania Supreme Court placed them in a "damned if you do, damned if you don't" situation by ruling they had brought their lawsuit too late, even though bringing it earlier would have been unsuccessful because legal precedent would deem them to lack standing. The catch-22, they argue, violates their right to due process under the U.S. Constitution.

Republican Party of Pennsylvania is challenging the three-day mail-in ballot deadline extension. While the High Court was deadlocked 4–4 last time the case came before the Court, this time, with Justice Amy Coney Barrett on the bench, it's believed the case will be accepted and heard on the merits. Four conservative justices have already indicated they would overturn the Pennsylvania State Supreme Court's ruling and invalidate the deadline extension.

Attorneys are also not necessarily concerned about the Dec. 14 deadline, when electors cast their votes for president.

As Trump campaign advisor Steve Cortes explains, the only constitutional deadline is Jan. 20: "Per the Constitution, Dec. 8 and Dec. 14 are not set in stone. The only deadline that constrains state legislatures is Jan. 20 as they determine the validity of election results."

Per the Constitution, Dec 8 and Dec 14 are not set in stone. The only deadline that constrains state legislatures is Jan 20 as they determine the validity of election results.

Georgia attorney Lin Wood announced yesterday his appeal in the High Court had been formally docketed. He is suing in his capacity as a Georgia voter. It is unclear whether he can pass the threshold of standing, but argues that the disparate treatment of mail-in ballots vs. in-person votes caused him injury as a voter.

Meanwhile, Trump supporters are rallying their base not to give up hope.

Father Frank Pavone, head of Priests for Life, sent an email Friday night reminding others the fight is not over.

General Michael Flynn, whom Powell successfully defended against charges of lying to the FBI, retweeted a video of conservative commentator Tracy Beanz: "Would everyone listen to a voice of reason in @tracybeanz. I could not say it any stronger. Take a deep breath. More to come."

The SCOTUS decision and some thoughts. https://t.co/sXMakBHNs6

"Before Texas filed the case, there were several other avenues that were in the works," Beanz said. "They have not changed — at all. Texas came out of nowhere. ... It was a toss-up whether or not they [the Court] was going to take it."

"In a war, when you lose a battle, you don't cry in your cheerios and go home," she said. "We would never have gotten anywhere in this country if we acted that way, when we had lost a battle."

In a war, when you lose a battle, you don't cry in your cheerios and go home.

"If you want to keep fighting for this country until the very last avenue that exists is gone, stay here," she said. "If you don't, move out of the way and stop demoralizing the fellow soldiers that are standing on the battlefield who still have the fight in you."

Trump lead attorney Rudy Giuliani indicated Texas may have a second go at the bat, but this time in federal district court.

"The case wasn't rejected on the merits the case was rejected on standing," he told Newsmax. "The answer to that is to bring the case now to the district court by the president by some of electors alleging the same facts where there would be standing and therefore get a hearing."

"There's nothing that prevents us from filing these cases immediately in the district court, in which the president would have standing," he added.

Trump attorney Jenna Ellis is not worried about the Dec. 14 deadline for casting electoral votes, and instead claims Jan. 6 is what matters.

"That date in January. That's the date of ultimate significance," she told Newsmax. "And the Supreme Court has recognized that."

"We still have time, the state legislatures still have time to do the right thing," she added. "They can inquire, they can hold hearings, they can reclaim their delegates, and they should and I hope that now all of the evidence we have brought forth in these hearings will give them the inspiration and courage that they need to act."