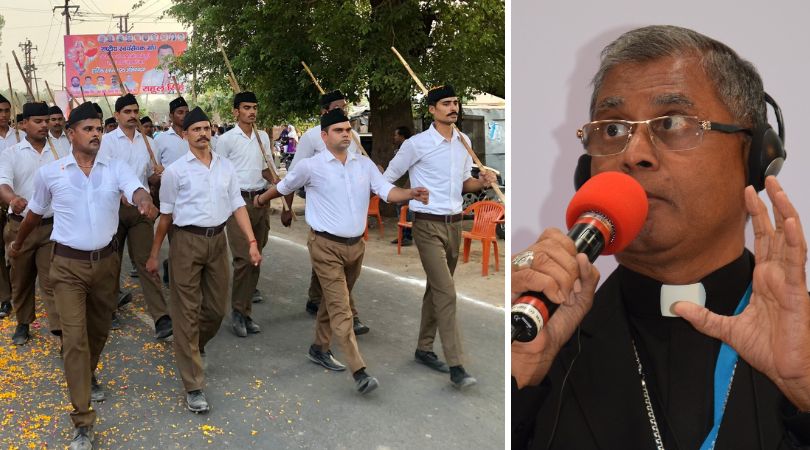 PUNE, India (ChurchMilitant.com) - A bishop's commendation of India's most extreme anti-Christian fascist organization has sparked a fierce backlash, even among liberal Catholics and secular commentators.

Bishop of Poona Dr. Thomas Dabre told a gathering of mostly Brahmin Hindus in Pune last Monday that "the Christian community accepts the ideology and principles of the RSS."

The RSS or Rashtriya Swayamsevak Sangh ("National Volunteer Organization") is a far-right paramilitary outfit, drawing its inspiration from Adolf Hitler and Benito Mussolini, and advocating a nationalistic agenda under the banner of Hindutva ("Hinduness").

Urging dialogue between the Church and the extremist organization, Dabre, a former member of the Pontifical Council for Interreligious Dialogue, stressed that "the nationalist views of the RSS are the same as that of the Christian community."

The Catholic Church can never agree with the fascist ideology of the RSS.

Dabre was speaking at the inauguration of the Social Science Journal, a quarterly bulletin published by Shripati Shastri Research Institute of Social Sciences — an RSS-linked body named after an RSS ideologue, historian and former all-India intellectual head of the outfit.

An investigative report on the weaponization of Hinduism by the RSS

The RSS, responsible for the assassination of Mahatma Gandhi, has been spearheading the rewriting of Indian history, the goal of which is to establish that the ancestors of all people of Indian origin were Hindu and that they must accept their common ancestry as part of Bharat Mata ("Mother India").

K.N. Dikshit, chairman of the 14-member committee appointed by Modi in 2018 to lead the project, told Reuters, "I have been asked to present a report that will help the government rewrite certain aspects of ancient history."

The Christian community accepts the ideology and principles of the RSS.

Internationally renowned human rights activist Fr. Cedric Prakash called Dabre's unqualified acclamation of the RSS a "betrayal of the gospel and of Christianity." The liberal Jesuit insisted that "the Catholic Church can never agree with the fascist ideology of the RSS."

"The fascist ideology of the RSS is anti-Constitution, with the primary objective of declaring India as a 'Hindu rashtra' (nation) as soon as possible," Fr. Prakash wrote in a column last month.

The priest explained how RSS-inspired Hindutva elements were orchestrating an anti-Catholic takeover in the traditionally Catholic state of Goa, the passing of anti-conversion laws and the "reconversion" of significant numbers of Christians to Hinduism.

Noting the lack of response from the Indian bishops' conferences, liberal Catholic journalist John Dayal wrote, "Surely all of them know the one thing the founding fathers [of the RSS] held even more vehemently than their supremacist Hindutva, was their visceral hatred for followers of Christianity and Islam."

"Pune, where the bishop's diocese is based, is notorious for religious fundamentalists and for sentiments against religious minorities and dalits," Dayal wrote in a column Friday, after Dabre defended his statements in AsiaNews, a news agency run by the Pontifical Institute for Foreign Missions.

In his interview with Nirmala Carvalho (a reporter sympathetic to Dabre who hails from the same community of Marathi-speaking Vasai Catholics), the bishop dismissed reactions to his controversial utterances as "a storm in a teacup."

India has the longest-running continuous fascist movement in the world.

"I personally maintain good relations with the RSS. I have forged bonds of friendship with them and it was an honor for me that they published my message," Dabre said, claiming he wanted to act as an "intermediary" between the Catholic Church and the Sangh Parivar "because Pune is the main center of the RSS ideology."

In a statement released Saturday, the bishop blamed the Marathi language media for a "flawed" formulation of his position on dialogue with the RSS and said he was withdrawing "the formulation as reported in the media."

Dabre was transferred as bishop of his native Vasai to the diocese of Pune after frequent conflicts with his clerics, an Indian priest who spent time in Vasai diocese told Church Militant.

"Vasai is a Catholic stronghold. He can't do much damage in Pune, a scattered diocese. I remember the anger among local Catholics when Dabre installed an idol of the Hindu elephant-headed deity Ganesha at the Vasai diocesan center," the priest remarked.

Cambridge-educated historian Benjamin Zachariah observes how the founders of the RSS were "convinced followers, first of the Italian Fascists, and then of the German Nazis, and they still follow that tradition, with a movement that is based on the use of paramilitary forces loyal to the party for extra-legal blackmail and violence."

I would like to know which RSS values are opposed to gospel values.

On a 10-day tour of Europe in 1931, RSS co-founder B.S. Moonje met Italian dictator Benito Mussolini, Italian historian Marzia Casolari points out in her book In the Shadow of the Swastika.

"Moonje's visit may be considered a turning point, since he insisted on structural changes within the RSS based on the example of fascist youth organizations," Casolari writes. "Leaders of militant Hinduism repeatedly expressed their admiration for authoritarian leaders such as Mussolini and Hitler and for the fascist model of society. This influence continues to the present day."

M.S. Golwalkar, the second chief of the RSS, glorified the Holocaust, writing, "Race pride at its highest has been manifested here. Germany has also shown how well-nigh impossible it is for races and cultures, having differences going to the root, to be assimilated into one united whole, a good lesson for us in Hindustan [India] to learn and profit by."

The Sangh Parivar has since applied ethnic cleansing policies against India's Christians and Muslims, leading to escalating persecution of India's minorities in the last three decades.

In 2017, the Garbh Vigyan Sanskar ("Uterus Science Culture") project of the health wing of the RSS was launched to create a superior race by giving birth to thousands of "pure" babies by 2020, based on the Nazi project of Lebensborn.

"Just go ahead [and publish your story]," Dabre tersely told Church Militant, when asked to clarify his comments.

Indian Christians were incensed after the Vatican released photographs of Pope Francis and Narendra Modi clasped in a warm embrace after the Hindu nationalist prime minister visited the Vatican in November 2021, Church Militant reported. 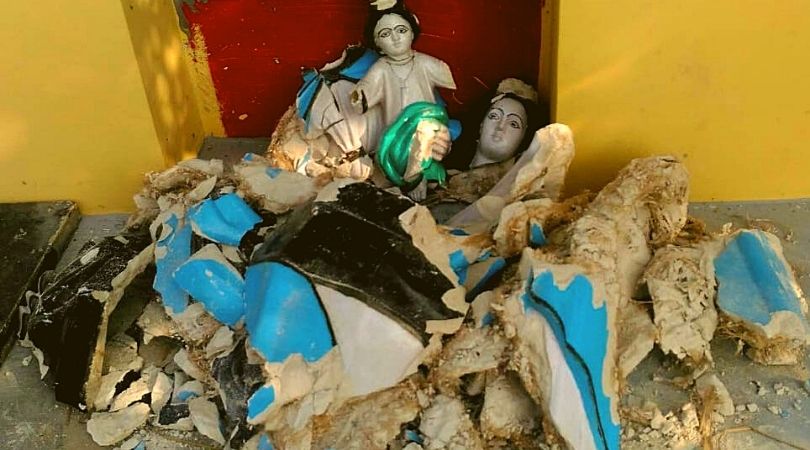