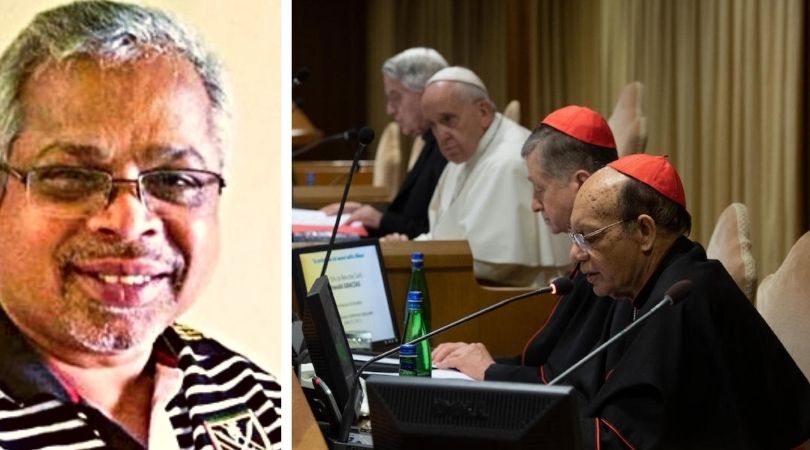 MUMBAI, India (ChurchMilitant.com) - In a historic first, a special court has sentenced an Indian priest to "rigorous imprisonment for life" for raping a 12-year-old altar boy, six years after the serial homopredator sodomized his victim.

"The courts have pronounced Fr. Lawrence Johnson guilty today. But I held him guilty on the very day of the assault. He even knelt before me and admitted his crime," the boy's mother told The Times of India.

"My faith in those who run the Church is broken, but my faith in Jesus is unshakeable," she said, blaming Mumbai's archbishop, Cdl. Oswald Gracias, for "harassing the victim while harboring the accused priest."

"Jesus answered my prayer for justice at Christmas," the tearful mother added, revealing how supporters of the predator priest "even claimed we were filing a false case to extort money from the Church."

Father Johnson, who had contracted syphilis (a sexually transmitted disease), passed the infection to the boy — who is now 18 and continues to suffer from it — a hospital source told Church Militant.

My faith in the men that run the Church is broken, but my faith in Jesus is unshakeable.

Soares, who is president of SSVP's Central Council of Bombay, told Church Militant how he has been close to the family as a "father figure" and "guardian of the family" over the last six years and was present with the victim's mother when she confronted Cdl. Gracias.

Cdl. Gracias addressing the Vatican summit on sexual abuse in 2019

The Vincentian brother revealed how the victim and his 9-year-old brother, who come from a very poor family, were both altar boys at the Christ the King Church in Govandi (a suburb in eastern Mumbai) where the sexual assaults were perpetrated.

"The first incident took place in August 2015," Soares said. "The boy was in the intensive care unit in a government hospital for six days after he was abused but did not disclose who had sodomized him because the priest had threatened to cut him in pieces."

Jesus answered my prayer for justice at Christmas.

"We did not take him seriously at first," the mother admitted. "Our boy refused to go to church because he was afraid of meeting the priest, but we thought he was just being difficult."

"On Nov. 27, almost three months later, the boys were at a church festival, and the priest asked the boy to take a box of decorations to his room. He followed the boy, locked the door and raped his victim," Soares narrated.

"When the mother discovered her son bleeding profusely, she pleaded with him to reveal what had happened. After the boy told his story, a few people who were close to the family rushed to the church ... and confronted the priest, who broke down and asked for forgiveness," Soares said.

Because of their loyalty to the church, the family refused to go to the police and insisted that they needed to speak first to the diocesan bishops, believing that the bishops would do the right thing and take the matter to the police, Soares explained to Church Militant.

The religious brother, who is also treasurer of the SSVP National Council of India, confirmed that the family made several attempts to contact auxiliary bishops Dominic Savio Fernandes and John Rodrigues.

When the auxiliary bishops did not bother to even acknowledge their calls, the parents went to see Cdl. Gracias on Nov. 30. The mother revealed how she took her "wounded son to the cardinal that night, before approaching the police. He was bleeding and could barely walk."

"Is my child not important to you?" the mother asked Gracias during the meeting. But "the cardinal told me in Marathi he was leaving for Rome and would address the matter when he returned. I was a broken mother that day."

The archbishop did try to reach out to the victim and his family.

"The cardinal was not very responsive. He said he would form a committee and look into the matter," Soares reported, "even though the mother was pleading with him to give her son medical attention."

Soares told Church Militant that the parents "walked out and went to Shivaji Nagar police station to lodge a 'first information report' only after the cardinal gave them the cold shoulder." A medical examination revealed that the boy had been sexually assaulted.

By the time the police went to arrest Fr. Johnson, he had fled from the vicarage. Police later found the priest on the premises of the archbishop's house and arrested him there, Indian media reported. In a letter to Church Militant, Apb. Gracias clarified that the priest was "not on the premises of Archbishop's House when he was arrested the same night of the complaint."

"There were reports of him preying on boys in almost all these parishes, but the abuse was always quickly hushed up, and Fr. Johnson was transferred," the source revealed, noting that the priest was serving as chaplain to Tamil-speaking Catholics from underprivileged backgrounds.

We respect the wisdom of the courts, as well as respect Fr. Johnson's right for an appeal.

Church Militant contacted Cdl. Gracias for comment, seeking to clarify reports of cover-up and failure to assist the victim and the family. The cardinal was also asked if the archdiocese had put in place safeguarding measures to prevent such incidents from recurring.

"We have been given to understand from news outlets circulating that Fr. Johnson has been convicted and given a life sentence; we do not have a copy of the said order. We respect the wisdom of the courts as well as respect Fr. Johnson [sic] right for an appeal," archdiocesan spokesman Fr. Nigel Barrett told Church Militant.

Barrett maintained that Fr. Johnson's "unfortunate case" was "a catch-22 situation, where attempts to reach out to the victim could be viewed as an attempt to silence the victim and ... maintaining a distance would come across as cold and impersonal."

"The archbishop did try to reach out to the victim and his family," Barrett claimed. "He also visited the victim's home with an animator from the parish and met the victim's father (the mother and the children had gone to visit their relatives)," continuing "to offer medical help or counseling."

"The victim's father thanked Fr. Lancy Pinto [then dean of the area where the family resided] and told him that, at present, they did not need any help. Many other attempts were made to reach out to the victim, but the family declined any help," Fr. Barrett said.

The SSVP has been shouldering the burden of the victim's medical expenses and is paying for his education as the boy is now in college.

Father Johnson denied all charges during the trial. Nine witnesses testified against him. The priest's secretary and a member of the parish were defense witnesses who argued that the victim was not on site when the crime was committed.

A source from Mumbai told Church Militant that the victim's family was ostracized from the parish after the parents complained to the police.

There were reports of him preying on boys in almost all these parishes, but the abuse was always quickly hushed up.

Parishioners even organized a march in support of Fr. Johnson, and the family was eventually forced to relocate.

"In 2015, the Catholic Bishops' Conference of India issued a circular asking dioceses to have a protocol to prevent abuse cases," a priest from south India told Church Militant. "But still many dioceses don't have it," he lamented.

A special court ordered police in 2019 to probe the role Cdl. Gracias and his auxiliaries, Bp. Dominic Savio and Bp. John Rodrigues, in the Fr. Johnson scandal. The cardinal later told the BBC that he left for Rome that night without alerting the authorities.

Pope Francis appointed Gracias along with pro-LGBTQ+ prelates Blase Cupich (of Chicago) and Charles Scicluna (of Malta) to oversee the Vatican summit on sexual abuse in 2019.

Gracias is viewed as sympathetic to the LGBTQ+ agenda. He is a confidant of Pope Francis and a member of the council of cardinals advising the pontiff on the governance of the universal Church.

In 2018, Gracias blessed a hotline for the LGBTQ+ community sponsored by fashion designer Wendell Rodricks and Ruby Almeida of the Global Network of Rainbow Catholics in Mumbai. 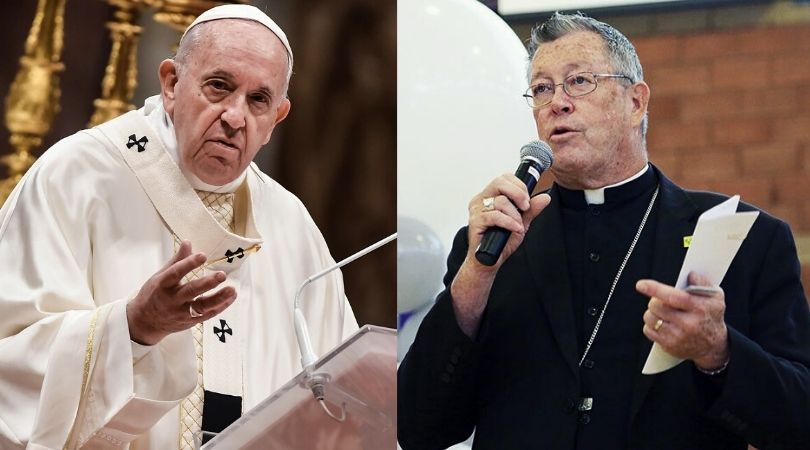