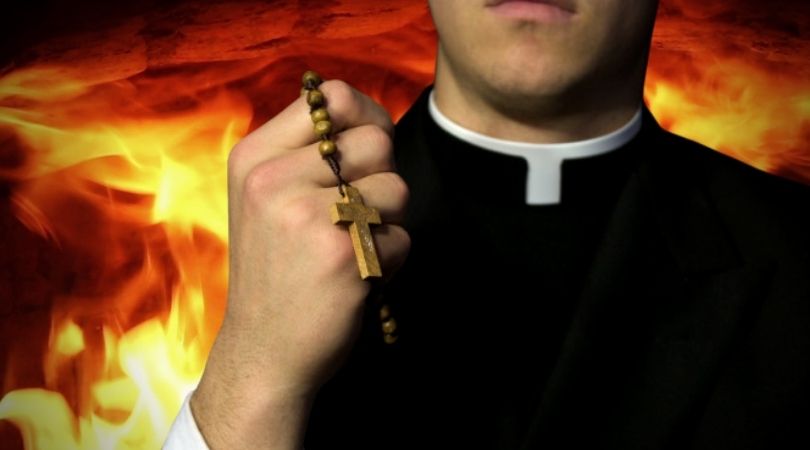 "Woe to the shepherds who are destroying and scattering the sheep of my pasture!" declares the Lord. Therefore this is what the Lord, the God of Israel, says to the shepherds who tend my people: "Because you have scattered my flock and driven them away and have not bestowed care on them, I will bestow punishment on you for the evil you have done," declares the Lord. (Jeremiah 23:1,2)

I entered seminary on the coattails of the 2018 "Summer of Shame," in which then-cardinal Theodore McCarrick's decades-long history of sexually abusing young men and seminarians exploded onto the public scene. Then there was Abp. Carlo Maria Viganò's bombshell document, claiming McCarrick was part of a vast network.

I had no idea what seminary would be like. For some reason I imagined guys praying all the time on campus, sporting a cassock with hands folded. I expected to be surrounded by faithful, orthodox dudes also wanting to answer the call of the Lord to be His priest. I was only partly correct. I was definitely surrounded by dudes, but not all were faithful, and without a doubt there were zero cassocks worn by any of the seminarians.

After some time I settled into the seminary community and its routine schedule of prayer, communal life and recreation. Some classes were boring, some were interesting. Unfortunately, that was expected. What weirdly wasn't expected, even after the Summer of Shame, was just how deep-seated the smoke of Satan had become in the Church.

In much of the Church's hierarchy, the smoke of Satan is the air they breathe. Although I think this is true, ultimately we have to turn our attention to what we can do about it. In addition to admonishing the sinner (for it is still one of the seven spiritual works of mercy), we must amend our own lives. We must listen to Christ and obey Him.

I want to speak to you about what I wish was conveyed to me at the time. The cancer of modernism continues to march its way through each and every cell in the Church's body. The Church hierarchy is sick. Entering seminary today is like sprinting into a burning building. However, if you are called to give yourself to Jesus as a priest — if The Lord is calling you to enter seminary — then damn the consequences.

It does not matter what may happen to you after responding faithfully to Jesus.

I was talking to a friend about all of this and he said, "It's actually very simple. Does the Lord want you to be a priest? If yes, do it. If not, figure out your path. That's it. Don't worry about the other stuff." This is not madness! This is great love. It does not matter what may happen to you after responding faithfully to Jesus.

After being thrown into jail and corralled by authorities into the presence of the council twice, Ss. Peter and John did not for one second hesitate to preach the truth of Jesus Christ.

So they took his advice, and when they had called in the Apostles, they beat them and charged them not to speak in the name of Jesus, and let them go. Then they left the presence of the council, rejoicing that they were counted worthy to suffer dishonor for the name. And every day in the temple and at home they did not cease teaching and preaching Jesus as the Christ. (Acts 5:40–42)

The council beat them and they left rejoicing. Men of the council believed they were inflicting suffering upon the holy men. Little did they know that they were giving the Apostles the gift of "dishonor for the name." True, those guys aren't bishops or cardinals. They weren't rectors or formators or your parish priest. But you are either faithful to the Lord and His Church or you are not.

The holy men did not play the game of keeping their heads down until ordination. I know it well. Some of my good friends in seminary have fallen for it. "I'll just stay to myself and avoid controversy so I can get ordained. When I get ordained, then I can be outspoken."

Even in the Old Testament, the three children in the Book of Daniel knew this. After King Nebuchadnezzar ordered his people to "fall down and worship the golden image" under the pain of death by a fiery furnace, Shadrach, Meshach and Abed′nego were accused of disobedience and brought into the King's presence. He questioned them, asking:

Is it true, O Shadrach, Meshach and Abed′nego, that you do not serve my gods or worship the golden image which I have set up? Now if you are ready when you hear the sound of the horn, pipe, lyre, trigon, harp, bagpipe and every kind of music, to fall down and worship the image which I have made, well and good; but if you do not worship, you shall immediately be cast into a burning fiery furnace; and who is the god that will deliver you out of my hands? (Daniel 3:14,15)

Knowing full well that they would be immediately thrown into an all-consuming fire, they fearlessly abandoned themselves to divine providence and to Our Blessed Lord with the kind of courage unmatched by the most valiant of men:

O Nebuchadnezzar, we have no need to answer you in this matter. If it be so, our God whom we serve is able to deliver us from the burning fiery furnace; and he will deliver us out of your hand, O king. But if not, be it known to you, O king, that we will not serve your gods or worship the golden image which you have set up. (Daniel 3:16–18)

They are saying, "Even if God will not save me from violence or persecution, I will be faithful." The last time I checked, there weren't many people throwing orthodox, faithful seminarians and priests into fiery furnaces, but the furnace is just different these days — less literal.

There is no finer time to be a seminarian and priest in the Church.

For priests, it's now taking away their faculties, or asking them to be removed because they are "ineffective" and "divisive." For seminarians, it's ostracization in the seminary community, being labeled "rigid," "too black and white," "divisive" — or even worse, expulsion from seminary.

But as the great Pope St. Pius X said, "Pay no heed to the derision and mockery of the wicked. Have courage; you must never yield, nor is there any need to yield. You must go into the attack wholeheartedly, not in secret but in public, not behind barred doors, but in the open, in the view of all."

This isn't to say that seminarians should disobey their spiritual director, formator or bishop when they canonically exercise their God-given authority. That is a different thing.

There's a scene in the movie American Sniper, in which young Chris Kyle comes home to have dinner with his family after beating up another kid on the playground for bullying his little brother. His dad talks to him at dinner:

There’s three types of people in this world. There's sheep, wolves and sheepdogs. Some people prefer to believe that evil doesn't exist in the world. Those are the sheep ... And then you got predators who use violence to prey on the weak. Those are the wolves. And then there are those who are blessed ... with the overpowering need to protect the flock. These men live to confront the wolf. They are the sheepdogs.

I believe I'm one of them, and I know I'm not alone. I spent some time with a diocese discerning my vocation to the priesthood. After that, I went to an unnamed Dominican province only to temporarily lose confidence in my call to the priesthood. I'll now be going back to the seminary next August, God willing, and couldn't be more excited.

Be not afraid, brothers. What better time could you ask for to be faithful to Jesus? Only when wolves show up can you distinguish between the true shepherd of a flock and a hireling.

There is no finer time to be a seminarian and priest in the Church.

Do not cower in the face of rampant corruption and evil. Do not run away from this obstacle. The only way out of this is directly through. Completely trust the Lord with your life. Abandon yourself to divine providence and allow yourself to be led by the Spirit.

Only when wolves show up can you distinguish between the true shepherd of a flock and a hireling.

Never miss your daily Holy Hour. Never forget to pray the Rosary, the "scourge of the Devil," as St. Pio of Pietrelcina calls it. Holy Mother Church desperately needs Her faithful sons to nurse Her back to health.

Then I will gather the remnant of my flock out of all the countries where I have driven them, and I will bring them back to their fold, and they shall be fruitful and multiply. I will set shepherds over them who will care for them, and they shall fear no more, nor be dismayed, neither shall any be missing, says the Lord. (Jeremiah 23:3,4)

If you are called to be a priest, I strongly urge you to run into the burning building. Put your hearts out into the deep and let down your nets for a catch. Enlist in the battle. 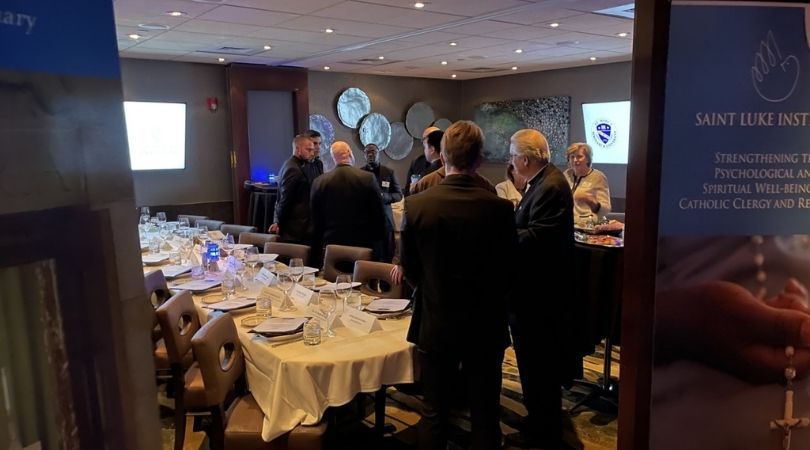