DES MOINES, Iowa (ChurchMilitant.com) - Iowa has passed a bill defunding Planned Parenthood. Thursday, the state Senate voted 30–20 along party lines in favor of the measure, stripping the abortion giant of state money. The measure now goes to the House, where it's expected to pass.

The governor, Republican Terry Branstad, has indicated he'll sign the bill into law.

Unlike other states, Iowa has chosen to forego millions in federal dollars rather than legally challenge federal rules that give Planned Parenthood the right to receive funds for family planning.

Instead of acception $3 million in Medicaid dollars from the federal government, Iowa will establish a state-run family planning program that will exclude money for abortions.

The bill originated in the Iowa Senate Judiciary Committee, which approved it by a margin of 8–5 on January 31.

Amy Sinclair, Republican member of the Iowa Senate Judiciary Committee, commented, "Please note, women will not go without exams or care or screenings. They'll just be able to receive those services right where they live and in conjunction with their broader healthcare needs."

Sinclair remarked, "Many Iowans have brought concerns to me about how this will affect reproductive health. I have considered them all. This includes those who have shamed me and told me I will have a special place in Hell."

Planned Parenthood lost. Completely lost. I don't think the reality has sunk in yet, that voters responded very, very strongly in Iowa.

On the Democrat side, there has been a backlash against the measure. Janet Petersen, a state senator representing Des Moines, complained, "This bill is dangerous. It endangers the health of thousands of Iowa women. It decreases access. Twenty-eight men and one Republican woman will tell women where they can and can't obtain care."

In the wake of the 2016 presidential election, Iowa Right to Life director Jennifer Bowen said:

Planned Parenthood lost. Completely lost. I don't think the reality has sunk in yet, that voters responded very, very strongly in Iowa. In the short term, we're seeing a lot of loud, histrionic hysteria that is quite distracting, but at the end of the day they have to realize at some point that this abortion-on-demand and without apology is not where Iowa wants to go.

Pro-life legislation in Iowa is on the rise, as a bill allowing women to sue their doctor for emotional distress was advanced on January 17. 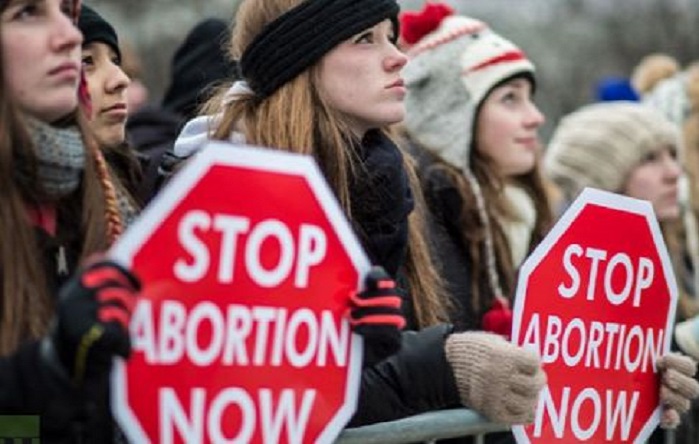 The bill was introduced by Mark Chelgren, a Republican state senator, who explained why he introduced the legislation in the first place.

"The whole idea behind this is that we want to make sure that women who are making a very difficult decision in their life have some recourse if they have mental health issues because of that decision," he explained. "They need to be aware of that from their practicing physician about the abortion."

In 2016, there were several restrictions on the books regarding abortion, including one requiring parental notification before an underage girl could kill her child.