QARAQOSH, Iraq (ChurchMilitant.com) - The archbishop of Mosul is celebrating the first Mass in his cathedral since ISIS took over in 2014.

On Sunday, October 30, Abp. Youhanna Boutros Moshe and four priests celebrated Mass in the burned-out Cathedral of the Immaculate Conception in the newly liberated city of Qaraqosh.

Also called Bakhdida, the city is located in northern Iraq in the region called the Nineveh Plain, which surrounds the ancient city of Nineveh, now called Mosul.

Lying about 25 miles southeast of Mosul, ISIS overtook and held Qaraqosh — a Christian city of about 50,000 people — in 2014 and held it until last week. When they invaded the region, more than 100,000 people fled from their homes overnight. Now coalition fighters, including Iraqi forces, Kurdish Peshmerga and local Christian militias, have pushed ISIS out and are focusing on Mosul, the ISIS stronghold in Iraq.

Members of the Nineveh Plain Protection Unit (NPU), a Christian militia, are staying in Qaraqosh to secure the city and clear bombs ISIS fighters left behind. The cathedral has so far been cleared of explosives and has suffered significant fire damage, but it's still standing. Missals are strewn around the floor and statues have been beheaded. 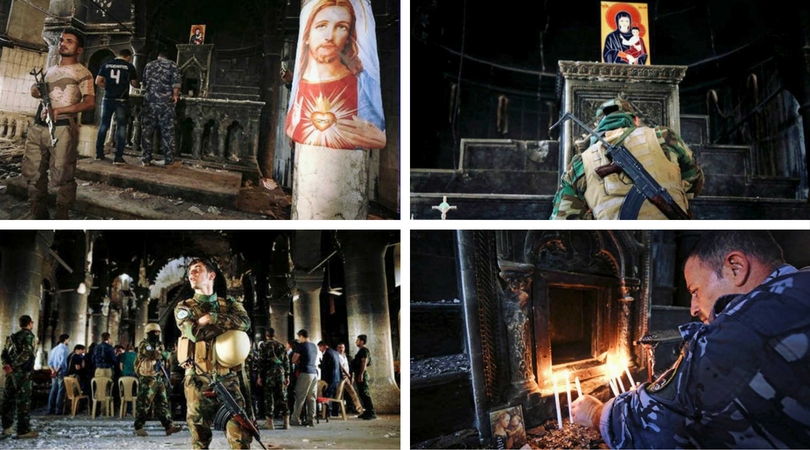 But none of that stopped the archbishop from celebrating Mass, or as Chaldean Catholics call it, the Divine Liturgy. He commented, "After two years and three months in exile, I just celebrated the Eucharist in the Cathedral of the Immaculate Conception the Islamic State wanted to destroy."

Dramatic pictures posted on Facebook show NPU militiamen tearfully venerating the damaged main altar of the cathedral and images of the Blessed Virgin Mary. They didn't start out as soldiers, but when they and their families fled to Kurdish-controlled Kabul in the North, they were determined to train and return in order to fight for their faith and homeland. Two weeks before ISIS invaded, Kurdish forces disarmed the Christians, and when ISIS advanced, both the Kurdish and Iraqi forces retreated, leaving the Christians unarmed and left to fend for themselves.

In March 2016, the NPU officially joined the Nineveh Liberation Operation Command, led by the government of Iraq to defeat the Islamic State and liberate Nineveh and other occupied territories.

Now about 4,000 strong, the NPU desires to secure and liberate the towns and villages where Chaldeans, Syriacs and other Christian Assyrians have lived for nearly 2,000 years. Ultimately, it seeks to make the region its own distinct province, equal to the other provinces in Iraq, separating it from the Muslim Kurdish political influences under which it is currently.

On October 17, the push to drive ISIS out of Mosul began with the liberation of nine cities in the Nineveh Plain. Iraqi Prime Minister Haider al-Abadi said in an address to the nation, "Today I declare the launch of the operation of liberating Nineveh province. The time of victory has come, and the moment of the great victory is approaching."

He continued, "Very soon, we will be with you to raise the flag of Iraq in the middle of Mosul, and in towns and villages as well."

As of November 3, the coalition force of over 100,000 troops has freed most towns and villages outside Mosul and are now fighting in Mosul itself. It is expected, however, that fighting will increase in violence and intensity as ISIS loses its grip on the city. 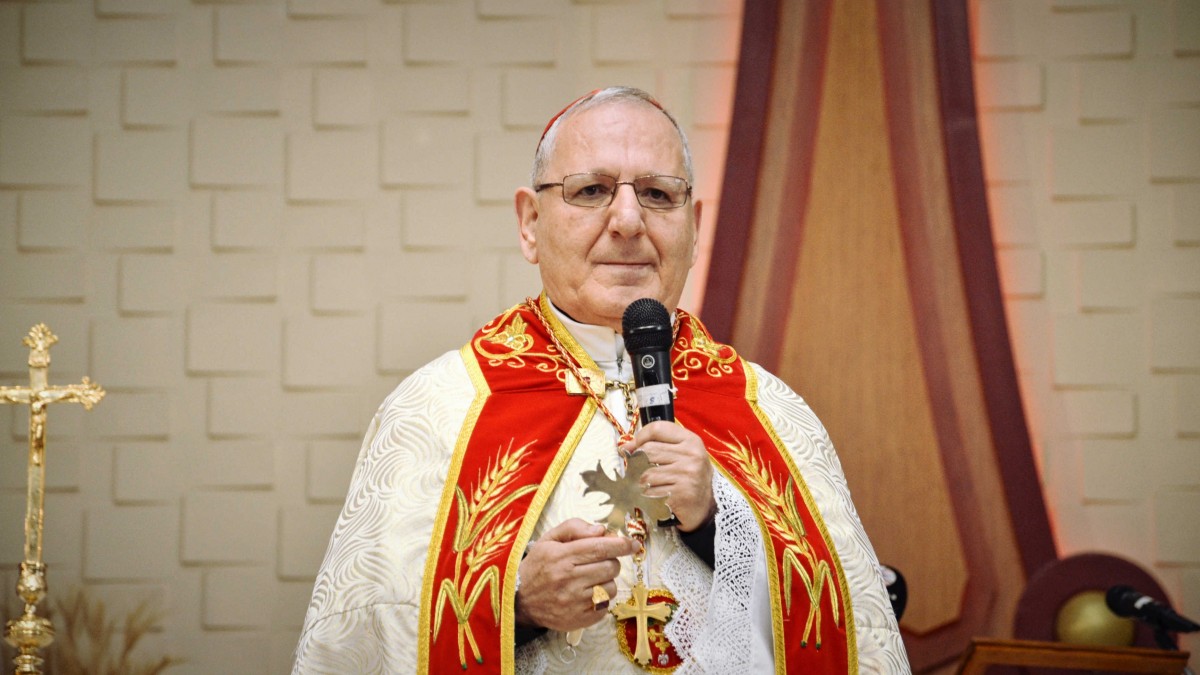 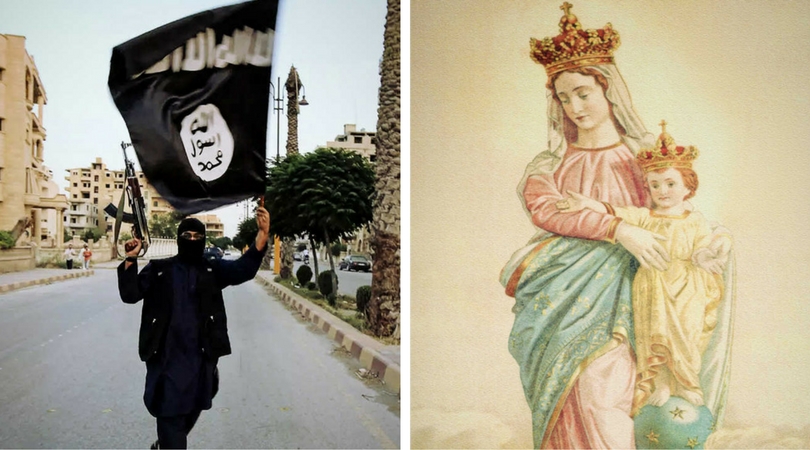