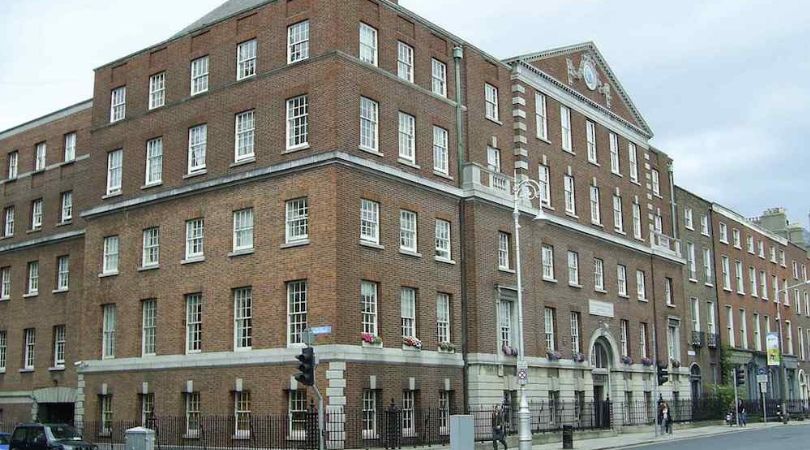 Devastated parents told their aborted child was not terminally ill

DUBLIN (ChurchMilitant.com) - Ireland is launching an investigation into a child who was misdiagnosed with a fatal fetal abnormality and subsequently aborted.

The Royal College of Obstetricians and Gynaecologists (RCOG) in Britain on Thursday agreed to review the case at the request of Dublin's National Maternity Hospital (NMH), which after two tests still mistakenly diagnosed the baby with the fatal prenatal abnormality Trisomy 18, also known as Edwards Syndrome.

The distraught parents allowed doctors to then abort their baby at 15 weeks' gestation — only to learn from a third test administered after the abortion that the baby had been healthy.

Fergal Bowers, United Kingdom-based medical correspondent speaking with RTÉ News, explained the essence of the misdiagnosis. The couple, said Bowers, had been informed of "two initial tests [that] had shown that their much-wanted baby had a fatal fetal abnormality."

"Issues have arisen regarding the interpretation of those tests," he explained. "The issue appears to relate to the initial tests, the first two tests. However, it appears that the final test that came through post-termination indicated that the baby was fine and that there wasn't this fatal fetal abnormality."

Abortion would not have been a medical option in Ireland prior to its legalization last year. But since then, parents of babies with fetal abnormalities may elect to abort their child.

The parents, devastated after learning of the third test conducted on their lifeless baby proved the first two tests had been false, filed a complaint with NMH, which then asked RCOG on Thursday to conduct an external review of the case. The prestigious U.K. medical institute accepted the commission to investigate the circumstances leading up to the abortion.

Church Militant reached out to London-based Deacon Nick Donnelly for comment. Donnelly sympathized with the distraught parents, who were misled by medical experts into thinking their child was dying.

"Expectant parents are very vulnerable to the advice of medical experts, who often present their tests for genetic conditions as infallible," said Donnelly.

Irish Health Minister Simon Harris told media this week that an appropriate external review is warranted over this misdiagnosis by NMH and the abortion that ensued. The couple is being described as "utterly devastated" and demands an external review. The solicitor for the couple, Caoimhe Haughey, says even though the couple is still grieving they, nevertheless, want to be at the center of the inquiry.

"They want answers and they must be at the heart of any investigation," said Haughey.

She said the parents want a genetic expert to take part in the investigation as the parents ultimately want clarity into what actually happened.

The couple wants "answers, the truth and transparency," noted Haughey.

The final test that came through post-termination indicated that the baby was fine that there wasn't this fatal fetal abnormality.

Ireland's Life Institute that fought to keep abortion illegal by retaining Ireland's Eighth Amendment reacted to the controversy. The spokesman for Life Institute, Niamh Uí Bhriain, said Friday that in the rush to embrace abortion after the Eighth Amendment was repealed last year babies must not become "collateral damage" owing to some misdiagnosis of a severe prenatal abnormality.

"There must be safeguards to ensure families are not rushed into aborting baby, and positive alternatives such as perinatal hospice care must be promoted," said Bhriain.

The Catholic Church has consistently taught that procuring an abortion for any reason is murder even in the case where an unborn child is diagnosed with having a fatal abnormality.

Irish bishops, however, have been strongly criticized by faithful Catholics for their weak stance in resisting pro-abortion activists who prevailed last year in Ireland's national referendum that legalized abortion.

Donnelly sympathized with the grieving parents, who succumbed to the Culture of Death, owing to the lack of shepherding by their Catholic bishops in Ireland.

My heart goes out to these deceived parents because they were left even more vulnerable by the failure of Irish hierarchy. They were left without the courageous and implacable witness from the Irish Church to God's absolute prohibition of abortion as an 'abominable crime' (Gaudium et Spes 51). This tragedy shows that in just over one year the culture of death is already deeply embedded in Irish society.