Irish Church Millions in Debt After World Meeting of Families

Hosting the international Catholic event in Dublin this past August cost the Church some 19.4 million euros (equal to about $22 million U.S.). Parish collections and various donations from around the world covered much of the expense, at about 15.4 million euros. But two months after the World Meeting of Families (WMOF), the Irish Catholic Church is still 4 million euros in debt.

Church leaders hope that a fifth national collection on Nov. 11 will help them pay off the deficit.

The 2018 WMOF caused controversy among faithful Catholics, owing to the presence of pro-LGBT messaging. Pro-LGBT Jesuit celebrity priest Fr. James Martin had a speaking gig at the event in which he argued that parishes should be more welcoming to those with same-sex attraction and those with gender dysphoria.

One group of devout Catholics in Ireland actually organized their own alternative to the WMOF, with the goal being to explain and uphold Church teaching on chastity and family life.

Cardinal Donald Wuerl of the Washington, D.C. archdiocese was also slated to appear at WMOF, but he decided not to attend amid the fallout from the Pennsylvania grand jury report. The bombshell report released in August implicated Wuerl for paying hush money to a pervert priest who was part of a clerical pederast ring in the diocese of Pittsburgh.

Similarly, Cdl. Nichols, head of the Bishops' Conference of England and Wales, allowed a gay Mass to continue for years in his archdiocese. He came under fire earlier this year for siding with Alder Hey Hospital in the death of British baby Alfie Evans.

Vienna's Cdl. Schönborn has spoken in favor of active gay relationships because they are more "stable" than gay hook-ups. Cardinal Gracias said in 2015 that the Church should stop referring to homosexuality as "disordered" and "evil."

Cardinal Maradiaga, nicknamed the "Vice Pope" because of how close he is with Pope Francis, was connected to a financial scandal, wherein auxiliary bishop Juan Pineda was accused of funding a lavish homosexual lifestyle. Maradiaga was accused of punishing priests who tried to blow the whistle on Pineda.

An early promotional video for 2018 WMOF featured clear pro-gay messaging. As Church Militant reported in February, the video features one person saying on camera, "The fact that I'm gay has never been a huge problem in my family situation."

The promo also included testimony from a woman whose adult son "came out" to her as gay. She said in the video, "I got involved with a group of parents in the north of Ireland and spent quite a lot of time with them. And those very words — 'intrinsically evil' and 'disordered' — really upset us."

During this year's WMOF, there were some events featuring Pope Francis that had a surprisingly low turnout. For example, only about 130,000 people attended the Pope's Mass at Phoenix Park. In contrast, when Pope St. John Paul II had Mass at Phoenix Park during his visit to Ireland in 1979, about 1 million Irish were in attendance.

Some attributed this lower attendance to poor weather. But others pointed out that Irish culture has rapidly lost its Catholic identity in just a few decades, arguing that few Irishmen these days would even be interested in attending a Mass celebrated by the Pope.

Catholicism in Ireland has been devastated by secularism, with hardly anyone in the younger generations even attending Mass on Sundays. 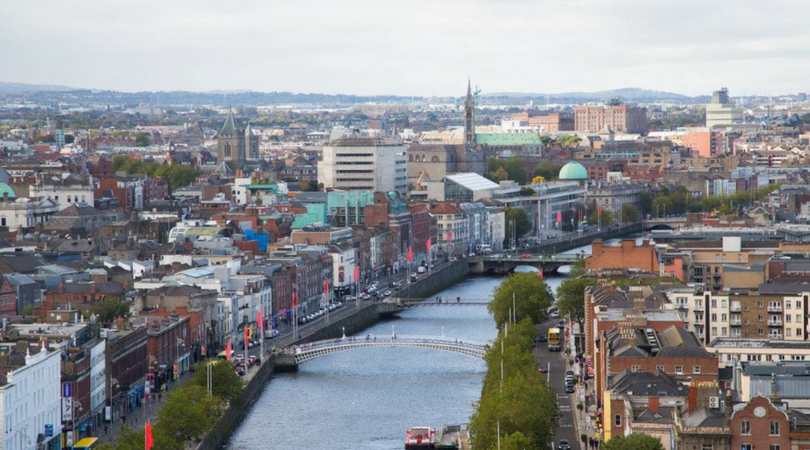