DUBLIN (ChurchMilitant.com) - An Irish priest was abruptly transferred from his parish, and some say he is being punished for upsetting people with a pro-life homily.

Father James E. Larkin is a priest in the archdiocese of Dublin, headed by Abp. Diarmuid Martin. Formerly of the parish of Our Lady of the Miraculous Medal in Clonskeagh, Larkin was unexpectedly reassigned last week to a chaplaincy with the Sisters of Loreto in Rathfarnham.

Sources say that backlash against Fr. Larkin's pro-life advocacy is what led to the change in assignment. A local pro-life canvasser who wished to be called "Anne" told Church Militant in an email that Fr. Larkin spoke against the results of Ireland's abortion referendum, in which Irish voters in May voted to legalize abortion, rejecting the constitutional right to life of the unborn in Ireland's Eighth Amendment.

After the referendum, he asked the congregation to consider going to confession if they had voted 'Yes.'

According to Anne, Fr. Larkin warned that voting in favor of legalized child killing is a grave sin and that repentance and confession are needed for anyone who voted for abortion.

"After the referendum, he asked the congregation to consider going to confession if they had voted 'Yes,'" she explained.

"It appears this is the reason he has been moved," Anne said, adding that the "speed and unfairness" of his removal "upset many people."

Church Militant called Miraculous Medal Parish for comment on Monday. A staffer there confirmed that Fr. Larkin recently left the parish but declined to give comments or further details, although he did call Fr. Larkin "a pre-Vatican II priest."

"He read out the letter from Archbishop Diarmuid Martin which said that 'he was delighted to appoint him as Chaplain to a Loretto convent in Rathfarnham in Dublin,'" she explained. "This was with immediate effect and he was to start this new job on Saturday 14th. He was to have no public Masses and to have no contact with his old parish or parishioners."

She added that the priest did say the transfer was "not just."

"The congregation gave him a standing ovation and it went on for quite a while. He was very moved," she added. "The pro-life people lined up after Mass to shake his hand and promised to write to the archbishop about it."

The congregation gave him a standing ovation and it went on for quite a while. He was very moved.

After the initial publication of this story, a Dublin archdiocese spokesperson contacted Church Militant. She claimed, "Fr. Larkin's new appointment was finalised and communicated to him before the referendum even took place. There are currently a number of new clerical appointments being made in the archdiocese. This happens every year."

The source, Anne, also reached out to Church Militant after publication, and said she heard rumors that threats of a lawsuit, for unknown reasons, were what led to Fr. Larkin's reassignment.

Archbishop Martin is hosting the World Meeting of Families in Dublin, embroiled in scandal for pushing a pro-LGBT message, and which is featuring pro-gay Jesuit Fr. James Martin as keynote speaker. 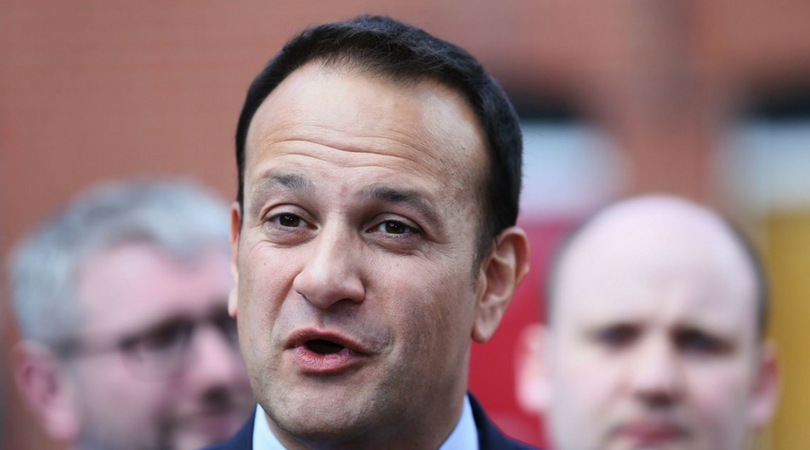