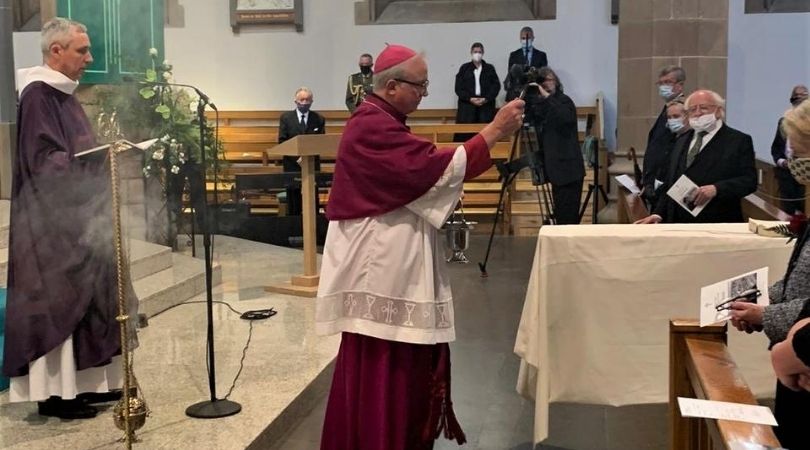 On Wednesday, mourners attended the funeral Mass of John Hume — a Nobel Peace Prize laureate who negotiated for peace in Northern Ireland.

Among those in the pews were several political leaders who support legalized abortion — but that did not stop them from taking the Eucharist when the time came during Mass.

For instance, Fr. Patrick McCafferty — a priest in Northern Ireland — said on social media, "Politicians who promote the grave sin and crime of abortion have departed from the Catholic faith. Even though they may continue to attach to themselves the label 'Catholic,' they are no longer, in truth, Catholics."

"The only way back for these abortionist politicians is through public rejection of the evil they have promulgated and repentance of their sin," Fr. McCafferty continued. "Then they can be reconciled with Christ and His Church and take their places, once more, with God's children. We must pray for them that they will turn to the Lord and be truly converted."

Father McCafferty has been outspoken in the past on the need to refuse Communion to pro-abortion politicians.

Likewise, news and opinion site Catholic Arena remarked on Twitter, "This was an act of deep disrespect towards the Catholic faith."

Canons 915 and 916 of the Catholic Church state that pro-abortion @simoncoveney should NOT have received the Eucharist, especially in a public manner such as this.

This was an act of deep disrespect towards the Catholic faith. #catholictwitter pic.twitter.com/dQy1JT8oI5

Due to the coronavirus pandemic, the congregation at Wednesday's funeral wore masks and practiced social distancing.

When Communion time came, the priest explained he would come to the people in their spots to give them Communion and asked that they receive on the hands. Those planning to receive were advised to remain standing.

The priest explained he would come to the people in their spots to give them Communion and asked that they receive on the hands.

Simon Coveney of Fine Gael, the minister for foreign affairs in the Republic of Ireland to the south, is on video receiving Communion at the funeral.

In 2018, Coveney supported the referendum to legalize abortion in the Republic.

The pro-abortion measure passed by popular vote in May 2018, and abortion legalization officially took effect in Jan. 2019.

A whopping total of 6,666 unborn babies' lives were snuffed out in the first year, according to data published by the government at the end of June this year.

When that number was released, the Irish bishops stated, "The vast majority of babies who were aborted in Ireland last year, 6,542 of them, are euphemistically described as having been 'terminated' in 'early pregnancy.' While we never got to know them personally, each one was a unique and precious human being."

O'Neill is an outspoken pro-abortion activist. After abortion came to the south of Ireland, O'Neill supported bringing the murder of unborn children to the north.

Despite her pro-abortion stance, O'Neill appeared to receive Holy Communion at Wednesday's Mass.

Though video footage does not specifically show her receiving the Eucharist, it does show her standing before the priest came toward her in the pews — as those planning to receive were instructed to do — then kneeling and crossing herself as the priest distributes to others behind her.

On April 7 this year, O'Neill called for making do-it-yourself, at-home abortions available to women in Northern Ireland, saying, "We're talking about responding to a woman's need at a time of the COVID-19 crisis; women shouldn't be left out."

Earlier in the year — in January — a parish priest in Northern Ireland banned O'Neill from speaking in the parish hall, owing to her pro-abortion stance. 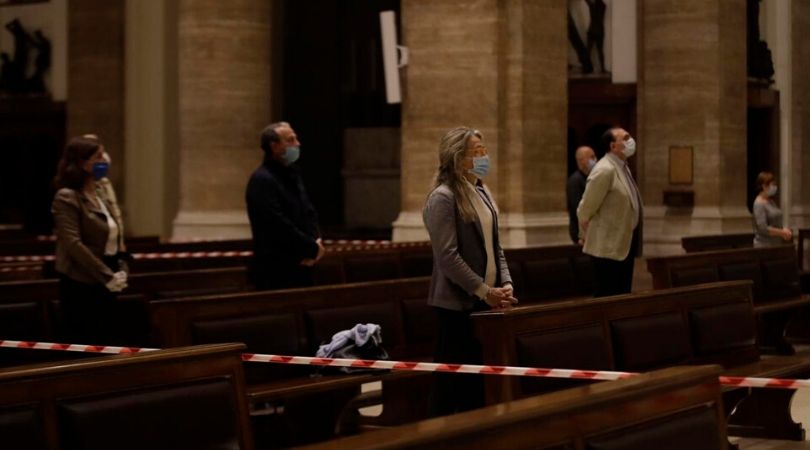